Joe Biden is certainly not the president of the United States. He does not have the initiative to do the job. This is particularly true now. However, he is sitting in the office of Chief Executive of the United States, and as such he can wield a lot of power, and he is… all in the wrong ways.

This week alone featured several amazingly awful moves made by our Imposter.

On Thursday, August 12, Fox News, The Wall Street Journal and many other sources reported that the Imposter asked OPEC to increase their oil production to help alleviate high gasoline prices in America. Salena Zito, a reporter for The Washington Examiner, hit the rhetorical home run in her interview with Fox News’ Tucker Carlson when asked about this subject:

“The energy industry, Joe Biden has put his foot on the neck since day one and there is no exaggeration in that statement, from his executive orders on the Keystone Pipeline to halting and/or pausing production on federal lands with fracking in New Mexico and also oil production in Louisiana, he has impacted lives, American lives profoundly right there…

“The energy industry in the United States has been one of the most robust sectors in our economy, leading right before the pandemic, we produced more oil than any other country in the world and we were self-sufficient in that area,” Zito said.

This of course is very true. Under President Trump’s leadership, the United States became energy independent, that is, OPEC could have gone under and the US would have not suffered for it. But gas prices now are part of the American inflationary surge, now measured at a bruising 7.8%, higher than it has been in many, many years. The adminstration feebly offered the thought that “if we overlook those impacts due to COVID, there is no real increase in prices.”

The problem is that fuel, food and other staple items are impacted by COVID in various ways. This is an extremely pathetic lie. It is impossible to not have to participate in purchasing COVID-impacted goods.

This is one issue, but there are more. The Taliban are rapidly retaking Afghanistan, and though the planned US troop withdrawal from that country began under President Trump’s watch, Mr. Biden is taking political hits from it. Additionally, the Taliban were in negotiations with the Americans and the Afghan “legitimate” government and whatever agreements were made are broken, simply because the Afghans know they have nothing to fear from the United States, who, rightly or wrongly, did succeed at keeping these Islamists largely at bay over the last twenty years.

She told “The Story” that while Rear Adm. John Kirby, the Pentagon’s spokesman, has made himself available to reporters multiple times this week, Biden conversely remained silent on the issue Friday as he left Washington for a weekend vacation at Camp David near Sabillasville, Md.

“This is a very grim reality, not just for the United States but for so many of our partners around the world to see Afghanistan fall like this. It is all on President Biden’s shoulders,” Ernst said Friday.

“This rapid and haphazard withdrawal of American troops — before we knew that our embassy would be safe, before we had our Afghan interpreters and other friends out of Afghanistan, to allow it to fall like this without any sort of plan or recourse, it is shameful.”

“Again, it is all on President Biden”

In another report, I note an opinion taken by many journalists recently that the presence of American forces in Afghanistan was a waste of time. Of course, in all fairness, the biggest betrayal in all this is to the people who gallantly served and still serve there. Their efforts should never be decried. However, Senator Ernst is right – the swiftness of this collapse is indeed on Joe Biden. Had this started under President Trump, he would have surged troops and gone right after the Taliban dealbreakers. How ultimately successful that would have been is debatable, and he would be decried for it, but, also, the Taliban would also have known this, and they would have been far more subdued in their behavior. The issue here is that the Taliban know they have nothing to fear from the US and they don’t care.

We can go on and on. The people who actually voted for Joe Biden were stupid to do so. For whatever reason, their antipathy toward Mr. Trump, or for those few who actually liked Mr. Biden’s policy statements, they made an amazing leap into denial, for Mr. Biden’s intellectual and effectual frailty was very obvious. The Great Resetters and globalists who “managed” the election of 2020 to make sure there just happened to be more votes for Biden in six key states knew exactly what they were getting: an empty suit who would do their will to sell out the United States, cow it and make it subservient to themselves.

They have succeeded. And their man is reduced to a pathetic, feeble oldster, walking in the grass, not even knowing where his own office is. That is not rhetoric, either. See for yourself; this is a direct link to a place in the same video posted above:

America, what have you done?

Big Tech Companies announced Job opportunities for everyone! Work from the comfort of your home, on your computer And you can work with your own working hours. You can work this job part-time or As a full-time job. You can earn Up To from 99000$ A Month! There are no limitations, Be Your Own Boss, it All depends on you And how much you want to earn each day. This is a genuine and guaranteed method for free to earn a huge sum of money at home
↓↓↓  HERE ↓↓↓

Helga I. Fellay
Reply to  FrederickD

I would rather be poor and do honorable work than sell my soul to Big Tech companies by doing their dirty work for them. So this is how they hire their famous “independent fact checkers” who earn up to $99,000 a month by censoring people who tell the truth to reveal the big lies we are told by the criminal cabal that’s in control. Interesting.

Both the “Some people” and “Others” are totally correct.

Simple. Put 2 and 2 together and you come up with ‘America’s a disaster for all of it’.

I think that these sorts of statements are simplistic and don’t give the entire picture at all. The globalist-run green groups and their controllers would be delighted to see the likes of us falling into the traps they set when we engage these complex issues in this manner.

Great photo of our “leader”

LOL
Reply to  Helga I. Fellay

That’s when he discovered that he was declared a president and not a senator.

Poor Americans. I’ll save my tears for the Afghanis he sold out with his knee-jerk moves. Fitting for such a jerk, I guess.

BTW: What is it with these ‘loans’ to Americans to buy tickets out of Afghanistan? What non-military Americans are there to begin with and why are they so poor that they can’t afford a flight home? Certainly not the black water plumbers. Who’s left then?

I heard the belching cat was there recently to see if he could sell women’s knickers.

Sell women’s knicker’s… back to them.

Helga I. Fellay
Reply to  brown noses in striking poses

How the Mighty have Fallen
Reply to  The Hegemon's Mysterious Ways

They could always skedaddle across the border and hide in those caves with the graffiti on the walls ‘bin Laden slept here’. 😉

American Oligarchs never saw a disaster they created that they could not profit from a little more.

Helga I. Fellay
Reply to  The Hegemon's Mysterious Ways

Whoever is stationed in Afghanistan to work for the US Empire doesn’t need a loan to buy a ticket to fly home. We, the taxpayers, pay them enough already to buy their own tickets.

How the Mighty have Fallen

Where will all the Afghan warlord oligarchs go with their bagfulls of American loot, the US or the UK? My bet’s on the UK, they’ll do anything for an oligarch on the run.

platon
Reply to  How the Mighty have Fallen

Kanaduh this time.
Idi Amin Trudeau already offered to take 20K of them.
Kickbacks to his Foundation should flow like a tsuname.

Joe just wanders around looking for the crypt where his sleeping coffin lies.

The “american nation” ended when the CIA killed the kennedies. No sane person would go into politics in this mafia state after that, Trump being the exception. He, too, was openly threatened with assasination by the death witch of Illinois. This is the empire of evil. 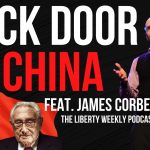 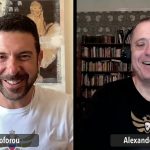