In rather breathless headlines, Fox News is trying to whip up sentiment about Joe the Imposter being a terrible president. Here is that headline: 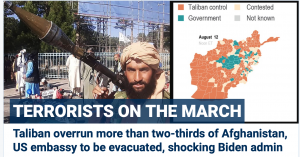 Pretty nifty, isn’t this? Aside from the fact that it was President Trump who was (very wisely) in the mind of pulling all American troops out of that country, simply because there is no reason to be there.

And yet, now we see this kind of headlining, even though Fox News hosts were themselves saying “enough of that hellhole” not so long ago, and now, it is being made out as a massive FAIL for the Biden Administration? Really?

This is a very regrettable bit of propaganda, and I would like to offer some reasons why this sort of stuff does the pro-Trump and conservative Americans a disservice.

First of all, it really was President Trump’s decision to remove our military personnel from Afghanistan. What purpose did they serve by being there? Certainly it seemed the place to go twenty years ago after the 9-11 attacks, because it was understood that Osama bin Laden was there with terrorist training camps. After that, it became something about trying to remake Afghanistan into some sort of stalwart American ally.

This was a catastrophic and absurdly mistaken idea. The Taliban, the fabled Afghan tribesmen, know their lands better than anybody. They also fight very hard for their own territories, and they beat the Soviet armed forces long ago. For a long time the US saw the writing on the wall, saying “this is both useless and a waste of time unless you intend to utterly destroy and conquer this place… and you don’t, so why be here?

The United States could turn the whole country into glass, but they didn’t, just as the Soviet Union was also capable of this (and also didn’t.) The reasons are the same: what is the point?

Secondly, it should come as no surprise that with the withdrawal of US troops, the Taliban would easily come roaring back into power. After all, for these people, their cause is a holy war (jihad), and they are Muslims, and nobody is more persistent in jihad than jihadis. The massive power of the United States, admittedly holding the place down pretty well, was not able to dissolve the notion of jihad. In fact, it probably made it stronger. After all, Americans, like the Soviets before them, were infidels, not worthy of life and certainly not to be bowed down to as leaders of the country… beyond a bit of “facade” type peaceful “negotiations”. What is happening now is what was always going to happen once the Americans left.

Thirdly, while Joe Biden is getting the rhetorical hit, had it been Donald Trump’s watch, it would have almost certainly been the same hit. Politically speaking, the fact that this is happening under Mr. Biden’s “watch” (he is only an imposter, after all, not a real President), is like insulation for Mr. Trump, because (1) it is not getting connected to him, (2) no one in America wants us to be there anyway, and (3) this is happening now, in 2021. If President Trump runs for re-election in 2024, this issue will be long-forgotten.

It is certainly a known that my view of Joe Biden is that he is a figurehead at best in the White House. He has no leadership initiative and he never did. He is a shell of his former self, but he has a voice and a demeanor that a lot of people find likable, or at least tolerable. To his credit, though he is a consummate liar, he is far more agreeable as a person than the elitist, Barack Obama, who did not even invite his former Veep to his elitist birthday party last week.

Mr. Biden is a disaster for America, but he is a tragic disaster. I think many people who disagree with his existence as President feel this way. He is strange, acts weird, possibly with dementia and he is certainly dangerous because of his mental impairment, but he is probably more pitied than despised.

He showed this pathetic state when he warned the Taliban that if they continue to be violent, they risk “international isolation.”

The response was crickets. The Taliban do not care if they are isolated.

You know, maybe they are on to something.

So… Afghanistan. Afghanistan will be controlled by the Taliban once again and in very short order.

For all of the dads and moms that love to stay home to take care of their loved ones,or the rest of people on the search for an opportunity to pull in some extra income for their family month after month let me share a remarkable opportunity to explore…Thanks A lot Read more…………http://Www.ExtraRich1.com

Good riddance to the Americans in Afghanistan, which will be better off in the long run.

Did they destroy their military equipment before leaving, or did Mr. Magoo forget that little detail too?

Russian Janitorial Union
Reply to  Fiasco doesn't even BEGIN to .......

Where ever the US steps, we end up having to clean up their shit. It’s time we demand a raise.

funny, that. [we need emojis, badly.]

There’s a very good reason, their equipment was left behind. It will allow their terrorists to wage clandestine terror on Afghanis people AND on bordering countries as well, thereby creating havoc in the whole Asian Continent.

A minor difference of opinion
Reply to  Eddy

You seem to think there’s method to America’s madness.

I, on the other hand am convinced that it’s high time to rename the country the ‘United States of Clusterfucks’.

USA has been overrun by lizards.
Send your warriors to help fight.

Our enemies are your enemies.

Only the American people themselves are able to conquer the lizards. Otherwise, even if the foreign lizards were able to get rid of the lizards who are ruling us now, what would be the point? To end up being ruled by foreign Muslim lizards instead?

The Fox News headline “Terrorists on the March” perpetuates the false idea that the Taliban are terrorists. They are not. They are, as the author writes, “fabled Afghan tribesmen”. It is their country. The terrorists are Al Qaida and ISIS, both nurtured by America.

Mullah Omar gave them sanctuary, or have you forgotten?

Applaud US withdrawal if you will, but beatifying the Talib, that’s a step too far, Jack.

It would seem you have very short memory of the FACTS. It was the CIA funded and created the base for the Mujahdeen in the mountains of Afghanistan where THEY trained and supplied the Mujahdeen with weapons and training to fight the Russians. Have you forgotten that little FACT ? It was that very same base, where O.B.L. sought refuge. The Americans knew this base thoroughly, that’s why they bombed it with their biggest bomb in their armory. There’s no “beatifying” the Taliban, they are simply native Afghan people dedicated to defending their homeland from ILLEGAL INVADERS and OCCUPIERS of… Read more »

I was sitting next to a very nice lady from afghanistan on a flight to istambul a few months ago. She had a connecting flight to kabul, visiting her granddaughter. She also had some relatives outside kabul. When i asked her whether she would visit them, too, she denied. When i asked her why, she gave me a very simple reason: because the Taliban would cut her head off because she was living in the west.

There are your celebrated freedom fighters for the people of Afghanistan.

What goes around, comes around. Always happens, always will. It’s a universal constant.

Helga I. Fellay
Reply to  Beatus

The Taliban are also a USraeli construct, just as much as Al Qaida and ISIS are. The only difference is the name(s) and regions of deployment. ALL of them are “terrorists.” What does that make their pay-masters who give them their orders?

The real terrorists are those who invaded and occupied Afghanistan, and they are the terrorists who are “on the march”, fleeing the country with their tails between their legs. . Prior to the US-led Invasion, the Taliban had been eradicating poppy cultivation. I guess the US objected to that because it substantially increased opium production by 10 to 12 times what it had been before the Taliban started its programme of eradication. Shipments of the harvest were transported across ISIS-occupied land, and they charged transit fees. This was a covert way of funding ISIS. Another example of the US nurturing… Read more »

Finally, the dots have been connected and most importantly, being acted on, instead of brushing it under the rug like other presidents before Trump.

Yeah, so what? No doubt the US will act true to form and remove the now mightily equipped Taliban with US materiel from their ‘terrorist’ list, as they did with the KLA in Serbia and al Nusra in Syria and (never did) with Ukraine’s fascist brigades, and declare them the ‘ally du jour’ just as soon as they set their sights on Iran.

For every crisis there’s an opportunity, as they say in Washington and Tel Aviv.

IMHO a very convoluted article. For example, No 1. “Certainly it seemed the place to go twenty years ago after the 9-11 attacks, because it was understood that Osama bin Laden was there with terrorist training camps.” O.B.L. had nothing to do with Sept 11. FACT. The Taliban who were IN POWER in Afghanistan at the time, asked Bush to provide them with the evidence, Bush claimed he had, to prove O.B.L. was responsible for Sept 11. If said evidence was supplied and proves O.B.L.’s complicity, then the Taliban would be only too pleased to hand him over. Guess what,… Read more »

I smell the whiff of an OBL apologist in the air.

So the dearh and chaos mongers in the U.S. announced a year ago they would withdraw from Afghanistan. And now, to the astonishment of the U.S., the taliban seem to have prepared for it ! You don’t say. And the geriatric with his clean behind has no clue what’s happening. But there’s new footage of his brilliant son telling stories of russian nights to a lady in the services industry for the entertainment of the deplorables. I faintly remember another war where the necrophiles had to rescue their embassy staff with helicopters from roofs. Actually, two. But in lybia, the… Read more » 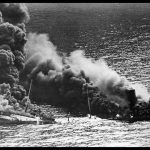 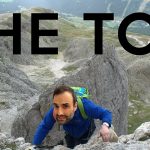