Soon after the Japanese attack on Pearl Harbor, a bigger naval defeat killed twice as many Americans. After war was declared, the Germans quickly dispatched 20 submarines to American waters to sink commercial ships. During the first six-months of 1942, German U-boats sank 225 American merchant vessels along the Atlantic coast. As defenses improved, U-boats sailed into the Gulf of Mexico to slaughter ships. More than 4600 American merchant sailors and civilians perished, while Germany lost just eight small U-boats and 332 crewmen. The US Navy was unprepared to defend American waters, so U-boats slaughtered 397 defenseless American ships while President Roosevelt kept this disaster secret.

“This was the secret war off the US coast during World War II”; Kevin Duffus; We Are the Mighty; Feb. 6, 2015; https://www.wearethemighty.com/mighty-history/nazi-u-boat-war-off-north-carolina-kept-secret-us-government/

We need those U Boats now. The US is outta hand. Russia has some good ones I hear.

Are these the same U-boats that the Ukrainians erect monuments to? If so, I’d say it’s finally time to give them Das Boot.

What say you, fellow Americans and Europeans and somewhere in-between Brits? 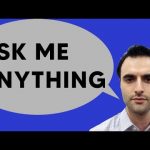 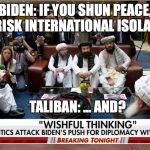