Liars never win in the end. Sooner or later, they are always found out, caught, or their plans go bad.

Simple: There is a limit set on the activities of evil people. Sometimes that limit goes really, really far. Tragically far. But it always gets stopped. It always has and it always will.

The actions of the Imposter’s hand-picked co-liars are running up against this wall now, with the fallout from the Mar-a-Lago FBI-committed raid on President Donald Trump’s home. This raid happened on August 8th. It is now 11 days later, and the American public, and the world, have no explanation from the Attorney General, a squib named Merrick Garland (also an imposter) as to why and under what pretext this highly optical raid was launched.

Folks, Ex-governor Andrew Cuomo had no kind words for President Trump while he was in office. Nor did Trump for the wildly liberal governor. Yet, who should speak alarm about this abuse of power against his own adversary but Mr. Cuomo himself?

When super liberal folks note that the actions taken against a conservative are over the line, that is something.

So, here, we offer some thoughts, a discussion of the issue not long after it took place, which is actually useful since it helps us chart how much, or how little, the narrative was shifted, and also since we make an attempt to point out why this has taken place in my country, the United States of America – a place where men once presumed to be free.

The USSA is F-I-N-I-S-H-E-D. Kaput. Finito. Over. Stick a fork in ‘er, she is DONE! Regardless of whether we’re talking about its judiciary, legislative, and executive branches, or its educational and health-care institutions, or its so-called “law-enforcement” agencies,…every single one of the USSA’s major institutions has been irreparably compromised and corrupted to the very core. There is not ONE venue of American’t social life that has not utterly succumbed to abject failure. It is a nation that no longer has any semblance whatsoever of possessing and/or abiding by rule of law. Add to this mix its currently ongoing societal collapse… Read more »

Well, I appreciate your passion! But I am an American, and I made these observations. Sure, there are many problems with my country, and the biggest is probably the disconnect between the people and their “pseudo-elected” government. That disconnect is the fault of ALL of us, and it took fifty years or more to get to this point. However, there are folks trying to find their way back; that is why I am making this video series, to try to help our lost folks to find their way home to truth!

All Western nations are the “SAME” Australia,s ex, Prime minister, handed “HIMSELF” 5 FIVE portfolios, So just by doing that there is NOTHING, stopping these criminals.
Treason is a hangable offence !
Time for talk is over ! Hail Putin !

Thanks Aaron. You know, i keep always saying to myself things like “ok, dems and reps eat, work, learn, love and etc, etc. So, what’s wrong with us all that we cannot fathom the basic necessities of humans anymore? I think that would be a good point for a new debate about politics. Everything we see and do in politics is supposed to be to the people, to address the needs of the peoples (and not so much to “take care of us” as you properly said). So, why is it so dificult for our generation (i am an X,… Read more » 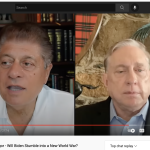 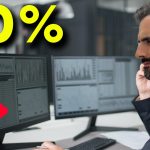