Assuming of course, that this is an actual “election” and not more Kabuki theatre. HIGHLY unlikely (and yes, I hope and pray that I am wrong, I have never IN MY LIFE wanted to be wrong so badly as I do right now, but I really think the writing is in the wall). Get ready for UN rule in 2022. Go back and read “Behind the Green Mask”. Its as clear as day, and right on schedule.

Irony, just as I finished typing this, I hear the RCMP surveillance helicopter making its regular 30 minute circuit over my block, as if to confirm.

Better watch yourself, or I’ll be calling out my Vietnamese buddy, Gno Long Khok…

EXCELLENT piece. Totally agree, this is the tipping point for Twitter, as well as NYP, they could use this as an opportunity to regain at least a modicum of the journalistic integrity they once held. If they start promoting some of the “alt” distribution channels and walk away from twitter and the other fascist platforms, it could be the beginning of an avalanche.

No Exit
Reply to  oldandjaded

No way. They done gone over the edge to the dark side.

oldandjaded
Reply to  No Exit

you are undoubtedly right, but hope dies slowly and painfully. 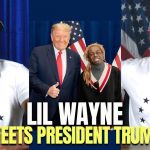 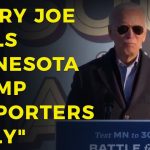