The German chancellor addressed the German parliament after rejecting calls for a vote of no-confidence and undoing plans for extra Easter restrictions.

German Chancellor Angela Merkel addressed the Bundestag on Thursday, a day after rejecting demands for a vote of no-confidence in her government. Lawmakers from the liberal Free Democratic Party (FDP) had called for the vote after the government’s chaotic handling of the proposed Easter circuit-breaker lockdown.

We know Einstein’s view. “The definition of insanity is doing the same thing over and over while expecting a different result.” They KNOW lockdowns don’t work, yet persist in imposing them and causing infinitely more damage than the virus itself. They are inept and rudderless.

infection cases? 🤣🤑💩
The most recent discovery in the structure of the 🐐virus indicates that the spike protein has mutated into very odd forms resembling “$” “¥”, “£”, “€” and most recently “₽”. 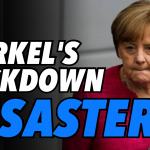 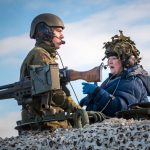