There has been such a massive injection of stimulus from both the government and the central banks. Fiscal and monetary support at record levels. And we keep hearing about additional support on the way. The economy is largely supposed to be open at this point, with some restrictions in place. We were told everything would be fine by now. That isn’t the case. The data shows we are dealing with a crisis and the other media channels never get to the root. And that’s why…

Recession: Efforts to lift economy could tip off a financial crisis

Efforts to lift economy out of recession pose risk of sparking a financial crisis, economists worry

The economy may be stabilizing faster than expected amid the COVID-19 pandemic, but efforts to preserve it could tip off a financial crisis, economists said in a new report. Deutsche Bank economists led by Peter Hooper, the bank’s global head of economic research, said the global economic recovery “has proceeded significantly faster than we envisioned in the gloomy days of early May.”

COVID-19: The Impact on Consumers’ Wallets

Consumer Costs of COVID-19 If you’ve noticed higher prices at the checkout aisle since COVID-19, you’re not alone. Americans across the country have been paying more for staples such as meat, eggs, and poultry as well as everyday household goods. Grocery prices skyrocketed beginning in March and still haven’t fallen to pre-pandemic levels.

Federal Payments to Farmers Have Tripled Since 2017, and Trump Just Promised Even More – Reason.com

Federal Payments to Farmers Have Tripled Since 2017, and Trump Just Promised Even More

Bailouts (David Rae Morris/Polaris/Newscom) It was March 2, 2018, when President Donald Trump’s top trade adviser appeared on Fox Business Network to reassure Americans that other countries wouldn’t retaliate against new tariffs proposed by the White House. Those tariffs on imported steel and aluminum were the first major battle in what’s become an expensive and largely unsuccessful 2 1/2 year-long trade war.

Payments and the Pandemic

Payments and the Pandemic

One of the most repeated sentences in the financial media is: “do not fight central banks”, making the argument that you have to be invested in equities and especially in the most cyclical part because central banks increase money supply and support risky assets. Reality shows us otherwise.

(Bloomberg) — UBS Group AG Chief Executive Officer Sergio Ermotti added his voice to the chorus of finance executives questioning the impact of having much of the workforce working remotely. Ermotti, speaking at a Bank of America conference on Tuesday, said it’s especially difficult for banks to create and sustain cohesiveness and a culture when employees are working from home.

There’s a pandemic, but Southern California home prices are at record levels

There’s a pandemic, but Southern California home prices are at record levels

In the middle of a global pandemic, Southern California home prices keep setting records. The six-county region’s median price reached $600,000 in August, up 12.1% from a year earlier, according to data released Wednesday by DQNews. That was the largest percentage increase since 2014 and the third consecutive month during which prices set a new all-time high.

Since the coronavirus pandemic began, shoppers have been staying out of stores. So, the Mall of America is using a digital format to bring its stores to you. BLOOMINGTON, Minnesota – Welcome to the age of ‘livestream shopping,’ an innovative way to get you inside the Mall of America.

Farmers are known to pray for rain. Now they can hedge against unanswered invocations. CME Group and Nasdaq are planning to launch a futures contract later this year that will allow farmers, speculators and others to wager on the price of water.

The stock market keeps going higher thanks to the tech stocks which have benefitted from an economy which is quite different from 2017 for instance. Low interest rates have spurred more inflows of cash, debt into stocks, equities.

This series of podcasts takes us from the first principals of Adam Smith to the present day. 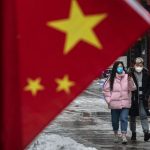 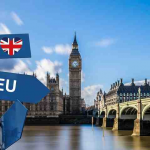