The market has shown true resilience. Or perhaps ignorance. We are standing at a point in time in which those investing may very well know how heated the market is, but simply going ahead, full steam, pedal to the metal, to maximize appreciation. The hope here is that the Fed will stimulate further if the market were to fall. Clearly, without saying it, they have supported assets by devaluing the currency. Inflationary pressures have increased the wealth gap and will make it impossible for many to ever have a chance at recovery.

Long-time market bull Ed Yardeni is on correction watch. The Yardeni Research President predicts more losses as investors look to lighten up on the historic rally’s biggest winners: Mega big cap growth stocks, particularly technology. But he contends that’s not such a bad thing. “The market has had a huge move since March 23.

‘We’re certainly in a bubble,’ strategist warns – but don’t expect it to pop anytime soon

Tech stocks are unequivocally in “bubble” territory, a chief investment officer told CNBC on Monday, but that’s not to say the recent ” tech wreck” is going to continue in the short term. U.S. stocks closed lower for the second consecutive session on Friday, bringing an end to a volatile trading week ahead of the long Labor Day weekend.

U.K. house prices saw their biggest growth since 2016 in August, climbing to a record high, according to Britain’s longest-running barometer of the property market. The Halifax House Price Index, which is run by analysis company IHS Markit, found that U.K. house prices grew by 5.2% in August compared to the same month last year.

SINGAPORE – Singapore’s economy is expected to shrink by 7.6% in the third quarter compared to a year ago, with the coronavirus pandemic remainingthe top economic threat, according to a central bank survey of economists and analysts. That would be the Southeast Asian economy’s third consecutive quarter of year-over-year contraction.

‘A tale of 2 recessions’: As rich Americans get richer, the bottom half struggles – POLITICO

‘A tale of 2 recessions’: As rich Americans get richer, the bottom half struggles

A historic House vote on marijuana legalization will take place later this month. We break down why Democrats are voting on the bill despite the fact that it’ll be dead upon arrival in the Senate.

‘It’s going to get worse’: Businesses brace for cold weather, closure of patios

TORONTO — In the heat of the summer, Charles Khabouth is already thinking about the chill ahead. The entertainment kingpin behind dozens of clubs, restaurants, entertainment venues and music festivals got many of his businesses back in operation in the spring following the onset of COVID-19, but he believes convincing people to continue to venture out in colder months will be tough.

Goldman’s ‘favorite’ commodity has been on a tear, could have further to run

Goldman’s ‘favorite’ commodity has been on a tear, and could have further to run

Copper prices have experienced a remarkable resurgence since the late March crash, hitting two-year highs last week, and Goldman Sachs believes the rally has further to run. Often seen as a bellwether for the global economy, copper prices plunged at the end of March as the coronavirus pandemic spread throughout the world and sent markets tumbling.

Tesla could be the most dangerous stock on Wall Street, investment researcher says

Tesla could be the most dangerous stock on Wall Street, investment researcher says

Tesla shares may be up 400% this year, but one investment researcher is sounding the alarm on the stock. New Constructs CEO David Trainer calls Tesla the most dangerous stock on Wall Street and says the fundamentals do not support such a high price and valuation.

Shareholders in SoftBank wiped nearly $9bn off its market value on Monday after weekend revelations that the Japanese conglomerate was the mystery “whale” that had driven US technology stocks to record highs. The Financial Times reported on Sunday that the group’s trading strategy meant it was now sitting on gains of about $4bn after founder Masayoshi Son drove aggressive bets on equity derivatives.

Latest trend in RVing: Getting way off the grid – CNN

The latest trend in RV’ing: Getting way off the grid

Recreational vehicle makers often boast how their RVs and trailers can feel just like home. Besides their cleverly packaged bathrooms and kitchenettes, when you park your rig at a campground you can find something else that will make you feel you never left home: neighbors.

The Money GPS is the most active, most informative channel in the financial world. Day after day, breaking down the data and making it easy to understand. This channel is not here to help build a portfolio, give stock picks, or financial advice. It’s simply data that is generally not found through conventional means.The stock market has risen considerably. The market is going up. The economy is not what it was in 2019. Investments are moving more towards equities.

How would you rate the current economy where you live right now?

Fabricating a Pandemic – Who Could Organize It and WhyBy Dr. Gregory Sinaisky 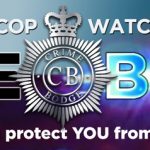 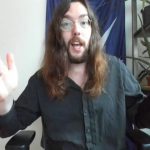