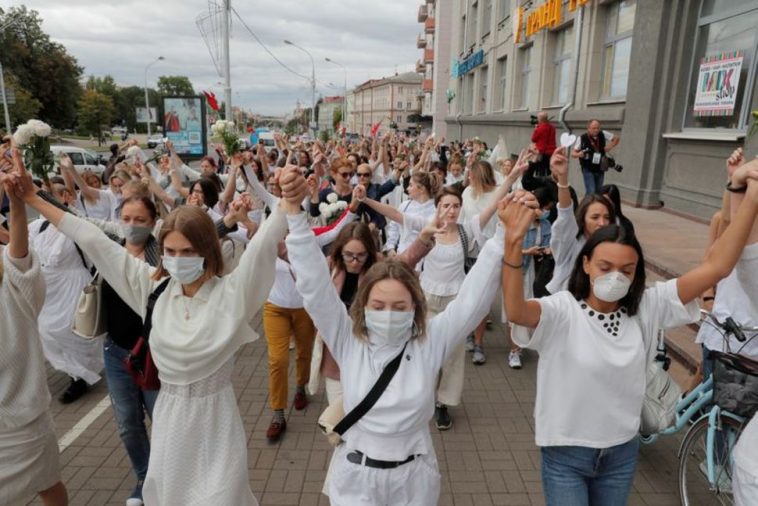 Lithuania’s public figures are calling for a human chain, reminiscent of the 1989 Baltic Way that stretched from Vilnius to Tallinn, to show support to Belarusians. In Hong Kong, people also formed a human chain to protest against China’s interference (2019).

Several tens of thousands of people for a human chain to be formed from the Cathedral in central Vilnius to the Belarusian border.

Such an action by the political leadership and residents of Lithuania will not lead to positive results. Moreover, a huge part of the inhabitants of Belarus, who made their choice for A. Lukashenko, today do not participate in demonstrations and protests. And everyone who is on the streets of some cities of Belarus today is far from the entire population of the country.

Therefore, Lithuania with its ardent “manifestation of solidarity” can, and apparently wants to aggravate the situation. If the Lithuanians really want tranquility and peace in neighboring Belarus, then the best thing they can do is not to meddle in the internal affairs and problems of Belarus.

…yes, it’s better not to interfere so that Lukashenko and Putin can organize the repression and apply all the brutality that they are used to, when others disagree with them !…

Maybe someone can call on Parubiy to use his talents to shoot another heavenly hundred from the rooftops to put an end to all of the repression and just replace it with the right sort of repression. What say you?

Lukashenko: Reelection out of question, power to be delegated only through constitution

Lukashenko promises to deal with opponents of current government

Convoy of trucks and prison buses heading to central Minsk

The Mice that Roared
Reply to  Simple Geopolitical Realities

I do believe that is one of the game plans those wonderful patriotic fascists in Ukraine and their handlers have been actively working on.

Lithuania is a stupid dwarf. It can destabilize nobody and nothing except itself.

America doesn’t need the encouragement it gets from small fry, that’s why it’s dangerous and stupid,when will you morons learn your lesson.

Moron yourself! Have you not read that US troops are lolling about in the Baltic States now? What are they doing there? Visiting whore houses and spreading the coronavirus. Some US simpletons seem to live on the moon.

Reelected President Lukashenko of Belarus is not interested in Lithuania. He is only interested in the wellbeing of his own country Belarus. Here he is meeting with the generals of his army.

Lithuania is certainly actively acting to destabilize Belarus and not alone either. That’s an absolute guarantee.

Lithuania is an unimportant little entity. Nobody is interested in this poor Third-World dump. One of the “shithole” countries of the world, to use Donald Trump’s words. All of a sudden this shitty entity sees a chance of basking in the limelight for a few days, because it is hosting the dumb cow, who posed as “presidential candidate” in Belarus.

The Guardian reports that the wannabe “presidential candidate” of Belarus was a Chernobyl-damaged child. She probably is brain damaged until this very day, thinking she could pose as “candidate” in Belarus, the dumb cow.

Tikhanovskaya was one of the “Chernobyl children”, whose health was either directly or indirectly affected by the radioactive fallout of the 1986 nuclear disaster in neighbouring Ukraine …..

Well, that says it all. Could the CIA not find any better puppet than this brain-damaged idiot?

ISW – INSTITUTE FOR THE STUDY OF WAR: WARNING: RUSSIA AND BELARUS LAUNCH MILITARY EXERCISESAug 17, 2020 By George Barros  Russia and Belarus are conducting military exercises in multiple locations. Izvestia reported the Russian combined arms army (CAA), presumably the 6th CAA, of the Western Military District began large-scale exercises with 3,500 personnel in Leningrad Oblast on August 17.  It is unclear whether these exercises were prescheduled or snap. Belarus began its own exercises in Grodno near the Polish border on August 17. Tank, missile, artillery, air, and air defense units from Belarus, including the 6th and 11th mechanized brigades and 103rd airborne… Read more »

The Mice that Roared

“Lithuania’s actions can destabilize the situation in Belarus”

Of course, that after all is their raison d’etre. Otherwise, they’d be entirely useless to NATO. More a burden than a bless.

BTW: Is NATO still on notice not to station any black troops in the Balts? 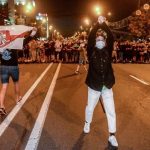 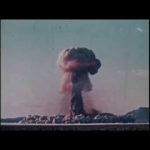 wpDiscuz
27
0
Would love your thoughts, please comment.x
()
x
| Reply
Send this to a friend
We use cookies to ensure that we give you the best experience on our website. If you continue to use this site we will assume that you are happy with it.Ok