Situation in Belarus has divided people not only in Belarus but in neighboring countries as well. Thus, the question of whether Lithuania should take up leadership in shaping Belarus-targeted EU policy arises through people having different views on things.

U.S. Secretary of State Michael Pompeo met with Lithuanian Foreign Minister Linas Linkevičius in Washington on September, 16 and expressed his appreciation for Lithuania’s role in the situation around Belarus. He thanked Lithuania for its “leading role in ensuring the independence and territorial integrity of Belarus” and the democratic rights of its people. Such position has been heavily criticized by Belarus and Russia.

Last month, the Lithuanian government imposed a travel ban on Lukashenko and 29 other Belarusian officials for their role in vote-rigging and violence against protesters.

A study made by the Eastern Europe Studies Centre (EESC) in Vilnius has found that not all Lithuanians support their government’s position on protests in Belarus.

The EESC surveyed Lithuanians on their attitudes toward protests in Belarus that broke out following a contested presidential election in August.

According to the results presented on September, 18, there were only 30 percent of those who were in favour of Lithuania taking leadership. Another 25 percent were against.

Around 15 percent disagreed with the Lithuanian government’s position to side with the opposition protesters, while 39 percent had no answer to the question. Only 46 percent of the population agreed with it. About 20 percent of those surveyed disapproved of sanctions on the Lukashenko regime, 36 percent are not sure of answer, while less than a half of Lithuanians generally approved the idea.

The more so, 46 percent expressed concern about the possible Russian military intervention in the country. 20 percent negatively evaluated the EU’s response to the events in Belarus.

The EESC surveyed the adult population in Lithuania on August 22 – September 4. The estimated margin of error of the results is 3.1 percent.

Thus, it is absolutely clear that official point of view does not coincide with Lithuanian population’s opinion.

Such a difference in views can significantly affect the outcome of the upcoming parliamentary elections, and could influence ratings of the current Lithuanian government. 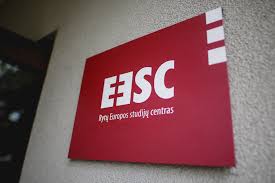 Why do some Lithuanians worry about ‘Russian intervention’ in their country? Frankly Russia has far bigger fish to fry and has shown no desire to intervene in any country to which they haven’t been invited. Which is more than can be said about Pompeo and those he serves. Can someone tell me what his business in Lithuania is?

He is secretly excited by the SS parades that are held there.

Nobody cares what Lithuania thinks. Stick to raising your sons to join the NBA in the US. It’s their brightest future. 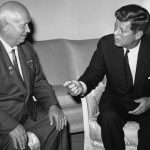 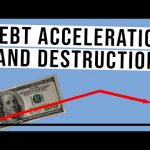