Belarusian president Alexander Lukashenko won’t be included on the EU sanctions list above all due to the position taken by Germany as well as by France, German and Italy.

Berlin, Paris, and Rome stated that “despite all circumstances, connection channels with Lukashenko should be kept open,” because, in their opinion, his blacklisting would lead to a complete suspension of dialogue with Minsk.

At the same time, the position of the EU is perceived controversial in the Baltic States, in particular in Lithuania.

Lithuanian Foreign Minister Linas Linkevicius expressed his disappointment with the position of the leading EU countries in relation to the leadership of Belarus. The minister restrainedly tried to explain the lack of the drastic measures.

“The European Union is a large mechanism, and we also understand and sympathize that some colleagues have other irritants, let’s put it mildly. There is Syria, there is Libya, there is the Taliban, there is a pandemic. All this must be done. And there are refugees,”Linkevichus said.

He stressed that Europe had to give “meaningful and tangible” support to the Belarusian opposition, which itself had shown signs of internal division in recent days, by finding ways of funnelling money and help to the right people.

At the same time, the minister does not deny that the EU countries have an unified approach to the issue of military security in Europe, not excluding the possibility of unleashing military action by Belarus against Lithuania.

In addition, Ramunas Karbauskis, leader of the ruling Lithuanian Farmers and Greens Union, believes that EU member states’ different positions on Belarus undermine the country’s chances of becoming democratic and do not contribute to regional stability.

“The different position of EU member states and a lack of common agreement undermine Belarus’ chances of becoming a democratic country one day and do not contribute to ensuring political stability in the region,” Karbauskis wrote, marking his post as political advertising.

Obviously, EU anticipates that Russia will be gradually strengthening its positions in Belarus. Therefore, the restraint is explained by the attempt to leave the last opportunity for a dialogue with Lukashenka to resolve the current political crisis in Belarus and not to fall into complete economic and political dependence on Moscow.

The EU needs to tend to its own backyard & quit with the shit disturbing in other countries.
Perhaps Erdogan can gift the EU some more rapefugees since there’s a plethora of desperate naive souls waiting to enter European “paradise.”? Yes?

Suffice to say, the EU needs to be broken up into a million pieces so it can stop its blatant meddling it has acquired from its Amerikan masters.

The European Fourth Reich is no more than a vehicle to launder tax payer money.

It is a criminal organisation through which George Soros, The Atlantic Council and the 5 EYES intelligence play the “Great Game”

NATO really wants Barbarossa 2, and SOROS and his affiliates are awaiting a pecuniary reward by asset stripping nations as they have done in the Ukraine.

Both Germany and Austria have revealed themselves as no more than political puppets, led by politicians who have been chosen because they are immature: they are empty vessels who have been “conditioned” with flattery.

Who writes this muck? Belarus IS a democratic country: They’ve just had a democratic election where the incumbent realised 80% of the votes. What’s not democratic is Lithuania interfering in the internal affairs of a sovereign country. Why is a broke, almost bankrupt entity like Lithuania doing this?

Well even if it was lower, say 60 percent, that’s way ahead of anyone else. Who would not vote for someone who has called the ‘pandemic a power grab by the global elite, who refused to lock up his country to earn himself 90 million dollars from the IMF and the World Bank and who encouraged life to go on normally? People carried on living their lives and the death rate in Belarus in 2020 is no different from any other year. I’d cettainly support him if I lived there.

Why is Lithuania directing its pleas to the EU? It should appeal directly to Washington and cut out the troublesome middleman, like Poland does.

Macron..Louis the 14th re-incarnated..is now the main political player in the EU. 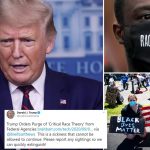 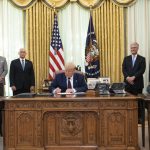