The current horror in the seemingly everlasting Israel/Palestine conflict has generated comment and criticism worldwide, some of it informed, some of it not so. Recently, Linda Sarsour took part in a live YouTube hangout with a number of other pro-Palestinian voices including the anti-Zionist Jew Andrew Feinstein and everybody’s favourite moderate Marxist Jeremy Corbyn.

Sarsour has often been mocked because her surname means cockroach in Arabic, but in this debate she had some weasel words, and like all leftists, she is delusional. Asked to comment on Joe Biden, she started off on the right foot saying she was ashamed of him, although she seems to think Biden is the President of the United States.

She mentioned fighting for Medicare for all, which although sounding laudable has many pitfalls. She also pointed out rightly that the United States (and countless other governments) can always find money for war, but when it comes to things like infrastructure and lifting people out of poverty, sometimes those things have to take a back seat. That was as reasonable as she got, she then went into a rant claiming that progressives had a hard choice to make. They knew Biden would be bad, but Donald Trump and those around him were fascists, they were terrorising minorities – like drug dealers, MS-13, illegal immigrants – and emboldening white supremacists – people like Diamond & Silk, no doubt.

What this stupid woman doesn’t seem to realise is that the current situation in the Middle East is happening because of the outrageous conspiracy to throw Trump out of office.  Sarsour believes America should open its borders to the world, to do otherwise is racist. Americans, especially white Americans, are not entitled to their own state. Palestinians on the other hand are. For all his domestic achievements, Trump’s foreign policy of talking tough while carrying a big stick was spectacularly successful. His historic meeting with the leader of North Korea was leading to a new understanding. Had he not been cheated, that decades long conflict would be winding down.

In the Middle East, his unorthodox practice of going around the Palestinian leadership was also working. Had he been able to continue, he would surely have ended the Israel/Palestine conflict for good. Palestinians need freedom, but perhaps more than that, they need investment. Winding down the hostilities on both sides would have facilitated the slow withdrawal of the Zionist occupation, and the creation of a meaningful, prosperous Palestinian state, perhaps extending Palestinian territory so that Gaza joined the West Bank, splitting Israel in two, with a border that is no more significant than that between England and Scotland.

Whatever Trump pushed for would have been better than what is happening now, abroad and at home. Sarsour may continue to applaud his removal, but what she doesn’t appear to have noticed is the encroaching police state and the new definition of terrorism, namely domestic extremists, who are…anyone who disagrees with the current administration’s policy. Trump was hounded incessantly by the Deep State throughout his tenure. How much easier it would be to subject a loud-mouthed progressive to the same treatment when she crosses some ill-defined line.

Quote, “and the creation of a meaningful, prosperous Palestinian state, perhaps extending Palestinian territory so that Gaza joined the West Bank, splitting Israel in two, with a border that is no more significant than that between England and Scotland.” Unquote. Is this for real, or is the author taking the piss out of us all ? On what planet does he think the Israelis would ever contemplate such a fanciful idea when they KNOW they have the right to extend their borders all the way to the Euphrates, creating the wider Israel ??? How is that going to be achieved… Read more »

Linda looks like she has already had a few dozen cakes too many. 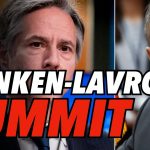 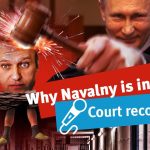