The recent, horrific mass murder in Buffalo, New York has resulted in an all too predictable response from the mainstream media and the usual cranks. Mass shootings have long been an American tradition, and there are basically two responses to them. When the shooter is white, he is evil. When he isn’t white he is either “mentally ill”, or his actions do not represent the group to which he belongs or the ideology he supports.

Before going any further, it should be stressed that this particular brand of mass murder is a male pastime. This FBI document covers a specific kind of mass shooting in the United States between 2000 and 2013. All but a handful of the 160 recorded incidents were committed by males.

Also, before going any further it should be pointed out that Payton Gendron is entitled to due process including the presumption of innocence. The alleged shooter has been branded a white supremacist, a phrase that carries with it always and only negative connotations. For the truth about white supremacy (as opposed to white racial bigotry), check out this recent article. Leaving that aside, his actions were blamed by at least one pundit on videogames, and by others on Tucker Carlson.

The bravest man on television is an outspoken critic of American warmongering and has often invited people like Tulsi Gabbard and Jimmy Dore on his show. For that as much as anything else, he has long been targeted by left wing hatemongers, including the ADL, an organisation that has a long history of defaming anyone to the right of Jeremy Corbyn and is so far off the planet with its conspiracy mongering that even the Israeli press won’t give it the time of day. A decade and more ago, during the Gaza Massacre, the ADL was more outraged by “anti-Semitic cartoons” in Arab newspapers than the terrible suffering inflicted on the Palestinian people.

In condemning the mass murder in Buffalo, the ADL claimed the perpetrator embraced what it calls the “Racist, Antisemitic Great Replacement Theory”, something it accused Carlson of promoting a while back. Carlson’s response was to point out that the great replacement is a real thing. If you don’t believe that, ask any Tibetan exile or any Palestinian. If something is happening, it isn’t a theory. It may be a theory to claim the Illuminati is behind it, or the CFR, or the Elders of Zion, but as with Covid-19, speculating about its origin doesn’t mean the virus isn’t real.

At the moment, the American Government is facilitating the import of countless illegal immigrants, so-called asylum seekers, at the southern border. These immigrants are being flown covertly to different parts of the country with no screening for Covid-19 or any other diseases, and just as shockingly without being screened for criminal antecedents or terrorist connections. The people in these convoys are overwhelmingly not the type of immigrants America or any country needs. Most speak limited if any English and in spite of the fees they are alleged to have paid  the cartels, most are destitute. In fact, cartels have little or anything to do with these people, mostly it is NGOs who are assisting them. Leaving aside the rise in crime, they can only massively reduce the standard of living of ordinary Americans, which is what appears to be the point, that, and the hope that in future they will vote Democrat.

So yes, white Americans are being replaced and displaced, so are black Americans, and they don’t like it either, as can be seen from the increasing number of black conservative or simply anti-Democrat vloggers on YouTube. One of these is Anthony Brian Logan whose channel has over 900k subscribers.

Again, it has to be pointed out that none of this is happening by accident. If Joe Biden or whoever is really running the country wanted to stop this madness, they could do so, but the full force of the repressive state is reserved for its domestic opponents, which includes the so-called January 6 insurrectionists and parents who object to their young ones being indoctrinated with critical race theory and groomed by pervert teachers.

I think you are well aware of “whoever is really running the country”, and ‘the so-called January 6 insurrectionists’ were protesting against the Bolshevik coup d’état of 2020 against the United States.  They are the same Tribe who gave us Critical Race Theory (which is demonic Anti-Caucasian hatred), and are grooming our children with LGBTQ-PEDO sick degeneracy.  These are all Signs we are in the End Times, and just because these fiends will call you names if you speak the Truth, it does not mean you should stay silent to the nature of the Beast!  We all need to speak… Read more » 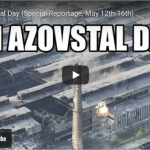 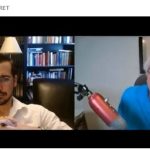