Earlier this month, the historian Simon Webb posted a short video that explains how the racial poison we have come to associate with the United States is also being injected into British Army recruits. They are being given a paper to read called The Psychosis Of Whiteness…that’s right, being white is now regarded as a dangerous delusion, as if you didn’t know already. There is more to it than that, but not a lot more. The paper can be read here; its author is Kehinde Andrews, one of a long line of black academics who makes a comfortable living trashing the white establishment that enabled him.

To be fair, his criticism of Winston Churchill isn’t wide of the mark, and to his credit he recognises the bombing of Dresden by the RAF as a war crime. Churchill was a racist, he says, and his views were no better than Hitler’s. And?

According to Professor Andrews, whiteness isn’t real but is something that needs to be dismantled or overcome, which sounds suspiciously like a soft genocide. He appears to believe in the garbage of white privilege and that Western capitalism was built and maintained by “racial exploitation”. It is easy to recognise the Marxism here, even if it is a brand that Marx himself would definitely not have endorsed. What does he get wrong, apart from everything?

The concept of white supremacy or white world supremacy came about for a very good reason. The history of the world and especially of technological progress has been largely the product of whites, specifically white men. Almost all the things we take for granted in the modern world are the result of the genius of a few hundred men. True, there were significant contributions by the Chinese and the Arabs, but overwhelmingly, these men were white.

Can you imagine living in a world without electricity? There are kids growing up today who cannot imagine a world without social media. The path to this prosperity, to the desk of Professor Andrews in his centrally heated/air conditioned university office, was a long and painful one. If some of his ancestors were slaves, some of ours ended up in the workhouse. In 1831, an Act of Parliament limited the working day to 12 hours for under 18s.  Does that sound like a joke or what? Social progress would have been impossible without technological progress, but even technological progress has its downside, in particular vastly more powerful weapons that enable wars of even greater destruction.

Professor Andrews rails at the social evils of the past, but as Thomas Sowell has often pointed out, in economics there are no solutions, only trade-offs. Without the international slave trade and the suffering of his ancestors, Africa would never have been civilised. Take a look at the way some Africans are still living today. How much worse was it a hundred years ago, and before the White Man came?

The idea that Africans were living the life of “the noble savage” may appeal to romantics, but the fact that so many Africans continue to vote with their feet says something different. And without the White Man, conflicts continue. The Rwandan Genocide happened within living memory; there is an insurgency in Northern Chad ongoing since 2016, but who in the West has even heard of it?

Racial antagonism, racial resentment, and other social phenomena that fall under his  rubric of racism are to be expected when large unassimilable minorities are imposed on the natives with no mandate and often against their wishes. Whites tolerate this sort of thing more than others, but for all its faults, the Government of China doesn’t. Many other countries also have tough restrictions on non-natives taking up residence, and citizenship is often a no-no.

If Professor Andrews really wants to make the world a better place he will first and foremost stop the race hustling and join the real fight, against the corrupt debt-based financial system and the powerful vested interests that are currently profiting from war in Europe, as they do everywhere else.

Yours and Andrews’ grasp of ancient and recent history is disturbing. Dresden singled out as a war crime? Africa civilised by slavery? The civilised establishment is now supporting Nazi eugenicists in Ukraine. So what is this ‘whiteness.’ Africa traded and exchanged ideas with Chinese, Arabs; parts of Africa were on important trade routes. The Rwandan genocide was assisted by the west and the US helped bomb Dresden after parts of Britain were bombed by the Germans. Britain today is an American vassal, independence of thought was lost ages ago thanks to the establishment.

Soph, I could say the same of your grasp of history. It’s very poor. In the matter of Dresden, note that Britain bombed Germany first in WW2. Look it up. I can assure you that “Bomber” Harris, the Air Marshall in charge of Allied air forces in Britain, did not bomb Dresden, killing 100,000 innocent civilians, because the Germans had bombed Britain. He did it under the express orders of Churchill, who want the genocide of the German people. Bomber Command in Britain was so disliked because of their murderous task, even by the British, that the rest of the… Read more »

You are so wrong on both counts. Re the Rwandan genocide, while Western forces were trying desperately to halt the slaughter, SOCIALIST WORKER reported in its July 23, 1994 issue: “There will be no solution from French troops or the United Nations. They represent precisely the forces which have pillaged Africa.  The only lasting way out is for Rwandans of all ethnic backgrounds to unite against the foreign troops and the rich.” The idea that the West pillaged Africa is part of this colossal left wing fantasy. There was no civilisation worthy of the name in Black Africa where the… Read more »

What is clear are your limits. I appreciate Soph for trying.

‘Africa traded and exchanged ideas with Chinese’ Maybe Egypt did back in Cleopatra’s time and before, but the Pharaoh were of Caucasian ancestry, not Negroid ancestry.  Exactly what ideas could the sub-Saharan Africans have exchanged with China, when they had not even invented a Written Language, and never even invented the Wheel! It was Europeans who taught the sub-Saharan Africans how to write their own language, and without Colonialism, Sub-Saharan Africa would still be In The Stone Age. You are probably unaware, but the Slave Trade was dominated by Jewish slave traders since ancient times. Many Jewish historians boast of their… Read more »

The US didn’t help bomb Dresden, the US bombed Dresden, and the rest of Germany. My family lived through these bombings. ALL of them were US bombs, dropped by US planes.

The 1963 book ‘The Destruction of Dresden’, by David Irving, can be downloaded for free in EPUB, KINDLE and PDF format, from the Internet Archive.

I suggest you read it.

Heiga, the RAF did their fair share of bombing Germany, sadly. The RAF were the first to bomb, before Germany retaliated in kind by bombing Coventry, my home town incidentally. Five German cities were bombed, including the fire bombing of Hamburg, before Hitler was persuaded by his generals to do the same. Churchill was the instigator of the bombing in the first place and as frustrated that he had to wait for the longer nights before Bomber Command deemed it doable, ie, allowing for the night time hours to enable the aircraft to carry out their missions in darkness.

Churchill was the greatest Briton. Andrews is a piece of shit.

Half right. Churchill was also piece of vermin.

Critical Race Theory is Racism, divide et impera, conjured up by White Faschists, like Churchill was one. Africa was kept down on purpose: The way the countries were outlined (programmed forever conflicts, wars and overthrows. Ex-Colonies still have to pay annually Independence fees to France (big chunk of french income). Africa has been kept poor and disfunctional through hunger, diseases thanks to IMF and Big Pharma, Big Oil, Big Food, belonging to white faschists. It is a terrible White Upperclass, trying to take over the world right know. So, Faschists are a tiny minority, ruling by means of an invertebrate… Read more »

Some points regarding the comments above: first, it was the UK that started the indiscriminate air raids of cities in WW2 with the bombing of Lübeck. As for the civilization of Africa – whether that happened thanks to the white man doesn’t really matter. It is simply no one’s business to “civilize” other people. Right now, the US is very proud of bringing their version of what civilization is, which is a woke, pan-sexual, anti-white one, to other parts of the world. They consider anyone not subscribing to it as an uneducated troglodyte. If Sub-saharan Africans had wanted to kill… Read more » 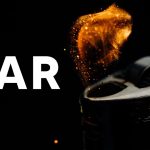