“It is a moral failing and a national shame…when children are locked away in overcrowded detention centers,” reads then-candidate Joe Biden’s presidential campaign website. But thousands of children are still receiving that treatment, despite Biden’s prior condemnation.

A case filed Monday in the U.S. District Court for the Central District of California shines a light on the crowded, unsanitary, and unsafe conditions that minors are currently facing in immigration detention facilities. Faced with record-high numbers of people crossing the Southwest border, the Biden administration has scrambled to build temporary facilities to house migrant children. Over 14,000 unaccompanied minors are now in the care of the Department of Health and Human Services.

Detained minors in their testimonials for the case described limited time outside, sporadic showers, and being served inadequate or unsafe food, including raw chicken and foul-smelling hamburgers. A 13-year-old Honduran recounted being “locked up all day” during five days in Customs and Border Patrol (CBP) custody. A 14-year-old Guatemalan girl said that detainees at a facility in Houston had to drink expired milk when they ran out of water. “I was never allowed to make a phone call while I was there,” said a 17-year-old Honduran who was in CBP custody for 11 days. Minors reported receiving few details about how long they would be in custody and many were transferred to other facilities with little notice or explanation.

Those conditions have left detained minors despondent. “I used to be able to cope with my anxiety and breathe through it, but now I feel like I’ve given up,” said a 17-year-old from Guatemala. “I feel like I’ll never get out of here.” One child was placed on suicide watch and another described how difficult it was to get an appointment with a counselor, though many girls in detention “have thoughts of cutting themselves.” Teens have resorted to cutting themselves with their identification cards since employees at one facility banned pencils, pens, toothbrushes, and even the metal nose clips of N95 face masks over concerns of self-harm, according to testimony and worker accounts.

Several of the minors who offered testimonials were held at Fort Bliss, a military base in Texas that now houses the largest facility for migrant children the U.S. has ever operated. Reason‘s C.J. Ciaramella reported on the unsanitary, overcrowded conditions at Fort Bliss after obtaining secret recordings from employees there. Workers spoke of equipment shortages, inappropriate contact between staff and minors, and inadequate medical care for migrants.

But those details have been slow to emerge because the Biden administration has sought to limit transparency about detention conditions. It has denied journalists access to border facilities as an alleged COVID-19 precaution. Officials have also prevented nonprofit lawyers from conducting oversight visits. That approach has drawn widespread criticism from politicians, including Sen. Chris Murphy (D–Conn.), who stressed the importance of the press in “hold[ing] the administration accountable.”

As it stands, the government’s treatment of migrant children violates many of the principles Biden campaigned on. He actively criticized former President Donald Trump’s immigration policies, though he’s kept many of them in place. He told lawmakers in 2019 that he wouldn’t hold minors in detention centers if elected president, but he’s now opening new facilities.

While discussing harsh Obama-era immigration policies during a presidential debate last year, Biden said, “We made a mistake. It took too long to get it right.” And yet, Biden is still making the mistakes of his predecessors. Migrant children are paying the price.

All children are no more than “human resources” it appears. Resources to be

“harvested” as the EU Fourth Reich mantra continually reminds us.

If you’re willing to smother children in muzzles, you’re pretty well capable of any evil.

This is inhuman, and all the decent American people need to stand up to this administration and its handling of the crisis. No child should be made to feel they do not count in a country like America, let alone suicidal at such a young age. How dreadful is it, to be so world weary at 17, that you think your life is not worth living? The People in power need hanging, publicly, every last one of them in this current government.

This situation at the border and in detention centres elsewhere in the US has been going on for a while and it has been widely reported. USamericans have had plenty of time to stand up to this government and also to the last two administrations, but they have not done so. Do we conclude that there are no decent USamericans? The truth must be that the children do not count in a country like the United States. (Not “America”, by the way. America is the name of two continents, and not of any country.)

And they DARE to point fingers at China? 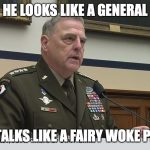 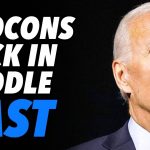