Lauren Boebert (R-Colorado) is the US representative for Colorado’s District 3, comprising all of western Colorado and a spit of land out east of the Rockies south of Pueblo. This is a conservative district and she is a very conservative lady.

Colorado is what is referred to by many political observers as a “purple state.” Its representation falls across seven districts, and it is easy to tell where the liberals in the state are. Consider this:

This is Lauren’s district:

The Eastern half of the state is also conservative, with Ken Buck as the representative:

And Colorado Springs reaches across the center of the state as the most conservative city in the United States by some accounts, and a real center of Christian work and philanthropy.

It is also represented by a Republican, Doug Lamborn:

But the other four districts are all concentrated in Denver-Boulder and are Democrat.

The division in ideologies could not be sharper, and this makes Colorado a very unique place. It is full of rock-ribbed conservatives, yet has voted liberal in presidential elections per the Electoral College for many cycles. It is the founding state of legalized marijuana, but has the strongest Christian communities to be found almost anywhere in the United States.

The weighting of the seven US districts is four for the Democrats and three for the Republicans, and so this makes the Denver area the key to winning elections in this state. The Denver-Lafayette-Boulder corridor is intensely liberal, with Boulder often being referred to by others in the state as “The People’s Republic” and “Twenty-five square miles surrounded by reality.”

With all that in mind, it was a delight to see one of the state’s newest representatives speak on the House floor with real fire. Next News Network covered it, and it should be noted that Lauren Boebert is one of a veritable “squad” (yes, we are poking at this word) of conservative representatives, who are the firebrands for their side the same as the much more covered liberal Squad of Alexandria Ocasio-Cortes, Ilhan Omar and Rashida Tlaib are for the Democrats. That Representative Boebert got her TV time was significant, and what she did with it is very much worth watching.

This woman expresses the frontier spirit of most of the state. This spirit will remain even after the liberals have all unbred themselves out of existence. Enjoy. 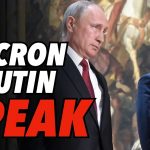 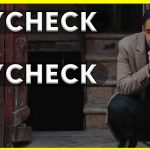