Kim Iversen, reporting on The Hill – sponsored video program Rising, asks the questions that most major networks refuse to touch:

How on earth can we call “defending democracy” a term applicable to Ukraine?

Ukraine is not a democracy by any means. It has a parliament, but that parliament is tremendously corrupt. It has a multitude of media news outlets… oops – it had a multitude of news media outlets until President Volodymyr Zelensky decreed that any opposition political parties and dissenting news services be “unified” – a.k.a. dissenting and critical opinions of the President are no longer allowed.

Might this be the dream of the American government? We have seen such dissent “canceled”, using the clever means of privately owned social media outlets and news organizations as the selected vehicles to convey the desired narratives that just happen to be in line with the Deep State neo-whatevers who have been able to run things in the US for decades.

The Constitution of the United States of America does not prevent this. Look at the text of the first amendment:

Congress shall make no law respecting an establishment of religion, or prohibiting the free exercise thereof; or abridging the freedom of speech, or of the press; or the right of the people peaceably to assemble, and to petition the Government for a redress of grievances.

Who is the active agent here? Congress. Congress shall make no law… abridging the freedom of speech or of the press.

But what if you don’t need Congress to do it? What if extremely powerful private citizens do it?

Well, that is perfectly fine.

Media bias is nothing new, and indeed, it is nearly impossible for any publishing organization to be truly 100 percent free of some sort of editorial bias. Any thinking person has an opinion, and that opinion is something that person either believes or wants others to believe (because it suits him or her for this to happen.)

The problem today is that where Americans were once taught to value the freedom TO think, to be free and independent, and each to form and hold his or her personal opinions about things and debate them and maybe come to better ideas in so doing, now, Americans are taught WHAT to think, and rather than risk such a massive collision of ideas and conflicts that might usually be reasoned out by a people who values civilized debate, it is just easier to be told what to think and then let it go at that.

Dr Steve Turley put forth a very interesting video clip – a composite of news organizations all over the USA whose people are repeatedly heard saying exactly the same phrases. It is chilling, but also a terrific example of what I just put forth – rather than to try to think independently, just go with the line of the day. See for yourself.

Is this because someone behind the scenes is feeding all our local affiliates what to say? Possibly, yes. But there doesn’t have to be a puppetmaster for this effect to occur.

What we see here is also attributable to the “bandwagon effect“, this phenomenon defined very clearly in Wikipedia:

The bandwagon effect is the term used to describe the tendency for people to adopt certain behaviors, styles, or attitudes simply because others are doing so.[1]

More specifically, it is a cognitive bias by which public opinion or behaviours can alter due to particular actions and beliefs rallying amongst the public.[2] It is a psychological phenomenon whereby the rate of uptake of beliefs, ideas, fads and trends increases with respect to the proportion of others who have already done so.[3] As more people come to believe in something, others also “hop on the bandwagon” regardless of the underlying evidence.

This effect has never been more visible than since the spring of 2020 when the COVID-19 debacle began in earnest in the United States and around the world. We got two full years of being told over and over WHAT to believe, even though that gospel changed, often diametrically, from day to day.

Thankfully in Moscow, this appears to be ended, but this is not true for all of the world. The US is still under the hale of the masker masters and unfortunately, a lot of Americans are still running scared of a little virus no one can do much anything about anyway. But the opinion masters used this to seize enormous power, and they have successfully driven many Americans beyond the point of madness in doing so.

That is part of the reason why we have otherwise very good, very pragmatic radio and TV pundits like Newt Gingrich, Sean Hannity, Mark Levin and some other big names in “conservative” circles talking openly about the idea of deploying nuclear weapons against Russia in an attempt to “defend the democracy of Ukraine,” which we already noted does not actually exist.

Russia is not a democracy, not as the United States was once, anyway, it is more autocratic. But, so?

Let’s shake the trees a bit with this. Yes, Russia is a “Presidential Pepublic.” It is not a “Representative Republic.” In the US, the federal government is supposed to be weak, and a strong representative legislature acting on behalf of the people who elected the legislators, is supposed to be the vehicle by which change is enacted, and the President executes that change if Congress approves it.

In Russia it is kind of the reverse. The President is often the originator of an idea, and he has the authority to get the State Duma to make it so legislatively.

No. Not by definition. It depends on who the President is, though, and the risky element centers on the behavior and attitudes of that President. In both Russia AND Ukraine, this structure exists, and from the point of view of this American living and working in Moscow with the Russian people in Moscow and all over the country, President Putin is a very good president. He does get quite a bit of criticism and lampooning, but he is also understood to be a “guy who gets things done” and those things have been very good for Russia. There are certainly a great many Russians who think it is time to have someone else as President, but no one can think really clearly who that next person might be.

I have written about this many times over the last five years, and it remains true. Russia is not in a place where a representative republic style of government would work. The form it presently has, with the President, the Federation Council and the Duma and courts is working, and this is likely to continue to exist as it is as long as it keeps working.

Ukraine, and indeed many European parliamentary democracies, have similar faults and flaws, where a president or prime minister may arrogate too much power, either for good or for ill. Justin Trudeau and Emmanuel Macron have chequered histories in power grabbing, but so does Volodymyr Zelensky.

Democracy is not magic, and should not be treated as a magic word, or even as the possession of the United States right now. In the US this is largely due to an abandoning of faith, culture and tradition insofar as existed when the USA was founded, with the end result being an abdication of one’s personal independence for the sake of “safety and being taken care of.”

In this, we have also lost our democracy, but if anything, the powers that DO exist in the US government would probably very much like to get the rest of us to believe that what Mr. Zelensky is doing is the way our country ought to go. Just watch any White House press briefing these days and you will see this attitude in action.

If we want to talk about defending democracy, we ought to stop throwing away and abdicating our own. We have been doing this for forty years now, and it is time to stop. THEN, when we recover who we once were, maybe we might have something to defend and maybe even offer to anyone wanting to take the risk of being free and independent.

Just to cap this off, a weirdly prophetic song from De-vo should bring the whole point home.

The Bandwagon Effect is all very well. True enough. But as an old, apprenticeship-time-served actor, I can tell you confidently that in that first video above, all those Ken’n’Barbie-clone mediawhores trotting out EXACTLY the same script are doing so because it’s been fed to their teleprompter technicians from a central text-writing outfit; some people somewhere under close scrutiny by deep-state overseers: trusties who have been well-filtered beforehand anyway to have the ‘right’ ideas and opinions (See Herman and Chomsky’s famous classic ‘Manufacturing Consent: The political economy of the mass media’); and who get their offered texts checked by the overseers… Read more »

They know, but they are liars, you see this from them all the time.

Kim is confused herself, making a lot of concessions on this debate. First, the Russian action is justified, under provocation by US that set up Ukraine to invade the Donbass. She claims that they are on the side of Ukraine against Russia, labelling Russians as authoritarian and Ukraine not. This is a false position, Russia is more democratic than Ukraine is before and after this war. US is not democratic either as it goes all over the world steering up conflicts.

14,000 to 16,000 deaths of Russian speaking Ukrainians in the Donbass since 2014. At the hands of the Azov battalion. Nazis in Zelensky’s cabinet and the parliament. The broken promise of 1991 to not expand NATO farther east. Find some videos posted by people in the cities, they’re out there. Educate yourselves. Western media is a unified anti-Russian propaganda machine. Not saying war is good–it’s not, but we do it when we feel it’s the last option (even if we have to lie to our populace to do it). 8 years of blood at the hands of Nazis. How can… Read more » 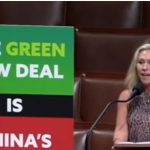 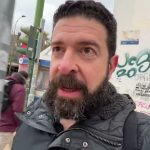