If you have been following the UK news recently, you are probably aware of the antics of an outfit calling itself Just Stop Oil, a coalition of groups intent on stopping oil and gas, period. Currently on the homepage of its website there is a video of a young woman who berates the viewer tearfully. She talks about the climate crisis. What climate crisis might that be? Well, apparently the recent heatwave in the UK caused over a thousand deaths. That climate crisis, remember?

The protests of Just Stop Oil include defacing showrooms of top end cars in London, a bizarre attack on a Van Gogh at the National Gallery in London, and a similarly bizarre attack on a classic Vermeer painting in a Dutch gallery. Don’t worry if you can’t speak Dutch, the idiots who did this berated the stunned onlookers in English.

The activities of said idiots has caused such consternation in London that on October 18, the High Court granted an injunction against their protests until February next year, at least as far as roads are concerned.

Okay, let’s dispel this garbage about a so-called climate crisis. One person who professes to believe in this is Barack Obama, the same Barack Obama who owns a $12 million plus estate on Martha’s Vineyard, an island. Obama’s fellow travellers, most of whom are far more active than him in this movement, think nothing of traversing the globe in private jets that are responsible for massive carbon emissions. There is no climate crisis. Does human activity affect the climate? Of course it does. For one thing, cities are hotter than rural areas, but the problem of fossil fuels has little or nothing to do with so-called climate change.

This sudden hysteria over the climate is a Trojan horse for socialism. People who are attracted to this movement have fallen for all those time honoured seductive slogans about workers power, equality and the brotherhood of Man. The reality, as history testifies, is that this movement is a top down, totalitarian system, one in which the population is strictly controlled and in which no dissent is allowed. The climate crowd intend to apply this dictatorship to the whole world, and they are closer to achieving this than they have ever been. That is a story for discussion elsewhere, but there really is a problem with fossil fuels, namely that once we have run out of them, what then?

If like for example Donald Trump you have been taken in by the claim that we have hundreds or even thousands of years of fossil fuels left, think again. Start by checking out the work of the late Professor Albert Bartlett, in particular his classic speech on energy and population.

The world population is currently believed to be just under eight billion; in 1972 it was estimated to be around 3.84 billion, in other words it has more than doubled in fifty years. While this is a problem for our children’s children, clearly it cannot keep doubling, and neither can our consumption of fossil fuels. We do indeed need to move away from them and towards renewables, but what do Just Stop Oil’s protests achieve in that respect? So far they have succeeded mostly in alienating the public, especially motorists.

As usual, the solution is investment in new technology. In February 1927, a famous trans-Atlantic telephone call lasting half an hour cost around £150, a staggering sum at a time when milk was 35 cents a gallon. Today, ordinary people think nothing of livestreaming on YouTube with people the other side of the world for hours at a time. We have to encourage investment in solar technology and similar. There is no shortage of alternative energies, everything from wind farms to biomass. We will always need oil because it is used in the manufacture of so many things, like plastics, so stopping its production completely will never be on the cards.

The best way for Just Stop Oil to bring about the necessary change is to pressurise governments to make the funds available for the research and development of new technology, be it  by it direct funding or simply giving tax breaks to oil companies conditional on them doing the legwork themselves. Just Stop Oil seem to think they are raising awareness of the problems we face when all they are really doing is providing clickbait for progressive websites and making ordinary people angry.

No. It’s a Trojan horse for technocratic dictatorship, i.e. fascism. The King owns all the land in Saudi Arabia. Does that mean MBS is “socialist”. The use of such knee-jerk labels obscures the horrifying reality that mankind is presently confronting an existential crisis. The WEF, UNESCO, WHO and thousands of global corporations are intent on forcing transhumanism and mental / physical / spiritual slavery upon us. “Socialism” amounts to pathetically inadequate faint praise that causes people to under-estimate the magnitude and nature of the threat.

Fascism is an ultranationalist political ideology, which is the reverse political ideology of what we are witnessing today, with the The Great Reset, which is international Communism.  TheDarkMan statement is correct – “This sudden hysteria over the climate is a Trojan horse for socialism.” If you ever read ‘The Limits to Growth’ book by the The Club of Rome, (especially the earlier 1970s edition), you would see that TheDarkMan is correct.  “The use of such knee-jerk labels obscures the horrifying reality that mankind is presently confronting an existential crisis” The Hypocrisy of your sentence is lost on you. You chide TheDarkMan… Read more »

Socialism is ‘Communism lite’, and given enough time, all Socialist systems will eventually drift into a Communist system. Communism is most evil ideology ever inflicted on mankind and over 66 Million Russians died under Communism within so called peace time, according to Aleksandr Solzhenitsyn, not to mention the millions that died under the Khmer Rouge and Mao Zedong.

“Some may call it communism, but I call it what it is, Judaism”- Rabbi Stephen Wise.

“The Communist soul is the soul of Judaism.…” – Rabbi Harry Waton.

Please research the groups that are funding this movement, all linked to the WEF.

What about all the break trough energy that has been surpressed and outlawed? Like Wilhelm Reich, Victor Schauberger, the original Nicola Tesla, etc… Plus some sane energy consumption reduction. How much oil is consumed each day by Big Tech, Big Pharma or the Military. Qestion how many hamburgers can you have on the Carbon Credits of private jet? 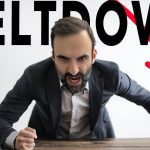 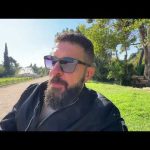