Donald Trump’s ban on the fallacious and toxic critical race theory in American institutions was long overdue. Now, the so-called President Joe Biden is intent on reversing this and everything else Trump did, including something arguably even more toxic: trans ideology.

It should be pointed out that yes, there are only two sexes (sexes, not genders), and only women can give birth, but as usual, life is a lot more complicated. Just as there are some people who are born albino, with six fingers on each hand, or with only one kidney, there are sexual anomalies. For example, the fashion model Hanna Gaby Odiele was born with undescended testicles. Technically that makes her intersex, but she is clearly a woman.

On the psychological side, there is a very small number of people who believe they were “born in the wrong body”. Here is an interview with one such person, Stephenie Robinson, who was born Steven Robinson and became a father of two. Steven had the full treatment, a decision no one in his position took lightly, at least back in the 1980s. But what we are seeing now is something entirely different. For men’s rights activists, transgenderism is an attack on masculinity; for Kellie-Jay Keen-Minshull, it is precisely the opposite. Whether or not it is either or neither, the latest act of subversion by the Frankfurt School, or something else, it is clearly causing a great deal of ill will and political trouble. Enter Jessica Yaniv.

If you haven’t heard of Jessica Yaniv, who is now known legally as Jessica Simpson (not to be confused with the American entertainer), she was born Jonathan Yaniv in British Columbia. Canada is one of the worst countries in the world where sexual politics is concerned; third wave feminism has a virtual stranglehold over many of its institutions. Any man accused of rape or a lesser sexual offence faces an uphill struggle in a system that has abolished jury trials and statutes of limitations, and where believing women is a matter of faith. And on the trans front, what has been happening there is simply unbelievable.

In 2016, Lauren Southern conducted a bizarre experiment which saw her registered officially as a man. She did so without any official batting an eyelid, but anything a woman can do, a man can do better, or vice versa. If you hadn’t realised it already, the dude in a dress at the top of this page is Jessica Yaniv. Jessica was back in the news early this month for engaging in some very unfeminine behaviour, making a series of what might be viewed as prank calls to her local fire department, but that is far from her most outrageous behaviour.  Her specialty was to contact women’s beauty parlours and request her genitalia be waxed. And on refusal, she would sue the shop concerned. Over a dozen of them. After all, if anyone may self-identify as a woman, that means businesses that refuse her patronage must be guilty of discrimination, and that is a no-no, right?

Sadly, Canada’s misnamed human rights tribunals do not seem to think so, and others who might be deemed fellow travellers are strangely silent. When homosexual activists on both sides of the Atlantic tried to order “gay” wedding cakes and the bakeries refused, there was uproar. A shop in Oregon was ordered to pay $135,000 damages to a lesbian “couple” for refusing to make them a wedding cake. And the LGBT lobby laughed up its sleeve in that land of the free and home of the brave.

Jessica Yaniv’s antics draw attention to the hypocrisy of the ruling elite, and hopefully at some point our rulers will wake up to how all Western institutions are being corrupted, before it is too late.

I used to do the occasional lecture at Fairleigh Dickerson University and I got to be friends with a shrink there who did Gender reassignment evaluations. And this was when the Benjamin Standards (?) were in force.
Anyhow; she used to say she knew who was going to be successful and who was going to fail by a single comment the person initially made — “How can I get rid of this crap” that person was probably going to succeed.
My two cents.

In 2021 I have just received my 3rd paycheck which said that $36285 that i have made in just one month by working online over my laptop. This job is amazing and its regular earnings are much better than my regular office job. Join this job now and start making money online easily by just using this link……..—–> https://bit.ly/3rgMKrL

Sex and gender are synonyms. People are idiots. Remember Steward and Stewardess? Waitress? Policeman? Keep using these words. It is English. As for the mentally ill and politicians trying to divide, go F yourselves. 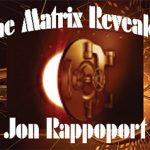