During this series of articles, in which I’ve been exposing the COVID PCR test as a fraud and a hoax and a con, I’ve assumed, for purposes of discussion, that the virus—SARS-CoV-2—is real and has been isolated. [1]

I’ve made that assumption in order to show that, within the official world of COVID, the PCR is a sham.

However, as my readers know, for months I’ve been making the case that no one has proved SARS-CoV-2 exists. [2]

Therefore, the PCR test is built to detect a fragment of a virus whose very existence has failed to meet a rational standard of evidence.

This raises the absurdity of the PCR test to a whole new level.

Researchers assume the piece of RNA the test is looking for is part of SARS-CoV-2. But without having the actual isolated virus in hand, there is no way to know this RNA fragment is any more relevant than a speck of dust on the moon.

Recently, Dr. Tom Cowan, Dr. Andrew Kaufman, and Sally Fallon Morell published a statement concerning the existence of SARS-CoV-2. I am printing it here in full. It should be read and understood by every thinking person:

“Isolation: The action of isolating; the fact or condition of being isolated or standing alone; separation from other things or persons; solitariness.” — Oxford English Dictionary

The controversy over whether the SARS-CoV-2 virus has ever been isolated or purified continues. However, using the above definition, common sense, the laws of logic and the dictates of science, any unbiased person must come to the conclusion that the SARS-CoV-2 virus has never been isolated or purified. As a result, no confirmation of the virus’ existence can be found. The logical, common sense, and scientific consequences of this fact are:

* the structure and composition of something not shown to exist can’t be known, including the presence, structure, and function of any hypothetical spike or other proteins;

* the genetic sequence of something that has never been found can’t be known;

* “variants” of something that hasn’t been shown to exist can’t be known;

In as concise terms as possible, here’s the proper way to isolate, characterize and demonstrate a new virus. First, one takes samples (blood, sputum, secretions) from many people (e.g. 500) with symptoms which are unique and specific enough to characterize an illness. Without mixing these samples with ANY tissue or products that also contain genetic material, the virologist macerates, filters and ultracentrifuges i.e. purifies the specimen. This common virology technique, done for decades to isolate bacteriophages [4a] and so-called giant viruses in every virology lab, then allows the virologist to demonstrate with electron microscopy thousands of identically sized and shaped particles. These particles are the isolated and purified virus.

These identical particles are then checked for uniformity by physical and/or microscopic techniques. Once the purity is determined, the particles may be further characterized. This would include examining the structure, morphology, and chemical composition of the particles. Next, their genetic makeup is characterized by extracting the genetic material directly from the purified particles and using genetic-sequencing techniques, such as Sanger sequencing, that have also been around for decades. Then one does an analysis to confirm that these uniform particles are exogenous (outside) in origin as a virus is conceptualized to be, and not the normal breakdown products of dead and dying tissues. [4b] (As of May 2020, we know that virologists have no way to determine whether the particles they’re seeing are viruses or just normal break-down products of dead and dying tissues.) [4c]

If we have come this far then we have fully isolated, characterized, and genetically sequenced an exogenous virus particle. However, we still have to show it is causally related to a disease. This is carried out by exposing a group of healthy subjects (animals are usually used) to this isolated, purified virus in the manner in which the disease is thought to be transmitted. If the animals get sick with the same disease, as confirmed by clinical and autopsy findings, one has now shown that the virus actually causes a disease. This demonstrates infectivity and transmission of an infectious agent.

None of these steps has even been attempted with the SARS-CoV-2 virus, nor have all these steps been successfully performed for any so-called pathogenic virus. Our research indicates that a single study showing these steps does not exist in the medical literature.

Instead, since 1954, virologists have taken unpurified samples from a relatively few people, often less than ten, with a similar disease. They then minimally process this sample and inoculate this unpurified sample onto tissue culture containing usually four to six other types of material — all of which contain identical genetic material as to what is called a “virus.” The tissue culture is starved and poisoned and naturally disintegrates into many types of particles, some of which contain genetic material. Against all common sense, logic, use of the English language and scientific integrity, this process is called “virus isolation.” This brew containing fragments of genetic material from many sources is then subjected to genetic analysis, which then creates in a computer-simulation process the alleged sequence of the alleged virus, a so called in silico genome. At no time is an actual virus confirmed by electron microscopy. At no time is a genome extracted and sequenced from an actual virus. This is scientific fraud.

The observation that the unpurified specimen — inoculated onto tissue culture along with toxic antibiotics, bovine fetal tissue, amniotic fluid and other tissues — destroys the kidney tissue onto which it is inoculated is given as evidence of the virus’ existence and pathogenicity. This is scientific fraud.

From now on, when anyone gives you a paper that suggests the SARS-CoV-2 virus has been isolated, please check the methods sections. If the researchers used Vero cells or any other culture method, you know that their process was not isolation. You will hear the following excuses for why actual isolation isn’t done:

1. There were not enough virus particles found in samples from patients to analyze.

2. Viruses are intracellular parasites; they can’t be found outside the cell in this manner.

If No. 1 is correct, and we can’t find the virus in the sputum of sick people, then on what evidence do we think the virus is dangerous or even lethal? If No. 2 is correct, then how is the virus spread from person to person? We are told it emerges from the cell to infect others. Then why isn’t it possible to find it?

Finally, questioning these virology techniques and conclusions is not some distraction or divisive issue. Shining the light on this truth is essential to stop this terrible fraud that humanity is confronting. For, as we now know, if the virus has never been isolated, sequenced or shown to cause illness, if the virus is imaginary, then why are we wearing masks, social distancing and putting the whole world into prison?

Finally, if pathogenic viruses don’t exist, then what is going into those injectable devices erroneously called “vaccines,” and what is their purpose? This scientific question is the most urgent and relevant one of our time.

We are correct. The SARS-CoV2 virus does not exist.

So then what is the disease that was filling up emergency rooms that seemed to have common symptoms? Since we have an emergency room nurse in our extended family we can’t deny the reality of something new and unusual.

The disease is called financial greed by complicit politicians, medics and civil servants.

The people who died were mudered.

Yes new unusual….. But unknown too!! Virus does not exist.

This site is full of information.

I have just received my 3rd paycheck which said that $36285 that i have made in just one month by working online over my laptop. This job is amazing and its regular earnings are much better than my regular office job. Join this job now and start making money online easily by just using this link……..—–> https://bit.ly/3rgMKrL

As Kary Bolton, PCR’s inventor explained many times, PCR is not a test, it is a manufacturing technique. By design, it captures a molecule and replicates it. The molecule is likely to be in most humans. He contended that PCR wasn’t being misused, per se, rather, the result of what PCR does, was being misinterpreted. As an aside, the thought Fauci was clueless about science in general. Also note that the late Frank Plummer questioned whether SARS was caused by a virus, as the worst effects were happening as the viral loads were dropping. You are supposed to be sickest… Read more » 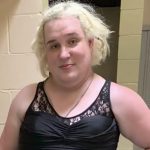 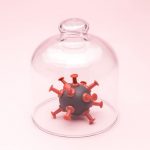