Jen Psaki. You know her? Circleback Queen, Press Secretary for the Imposter?

Well, it seems that her efforts to lie and spin for the Imposter adminstration have circled back around to bite her somewhere very visible.

Mrs. Psaki did not accompany the Imposter in his 85-vehicle caravan to ensure that the rest of us must never drive again “because the Earth will melt if we do”, because of a “family matter.” So she said at first.

However, later, the “family matter” was revealed to be that Jen Psaki tested positive for COVID-19, although she is ‘fully vaccinated’.

This is significant because this points out several things to the observant (and thinking) observer:

(Though, to be sure, can anyone document breakthrough cases of smallpox, polio, or measles in the United States at any time since the vaccines for these illnesses was developed?)

The simple fact that one of the most protected people in the world could take on a load of healthy and active SARS-CoV-2 despite being twice-jabbed ought to grab attention.

2. The prominence of this case and its ease in occurring suggest that, rather than “breakthrough” anomaly, the reality is that SARS-CoV-2 finds its way around and through vaccines pretty easily.

In fact, a UK study came to the same conclusion: that vaccinated people transmit “Delta” COVID very easily in households. This linked article is from nothing less than the BBC, a news network given to pro-vax propaganda as much as any Western outlet, yet, there it is.

An earlier article, dated October 5th, in Nature, made the claim that vaccinated people are “less likely” to infect others in close contact than the Great Unwashed (er, Unvaccinated). However, even the headline “COVID vaccines cut the rist of transmitting Delta – but not for long” begins to expose the truth that many of us have been circulating in the dark and secret rooms of the non-Big Tech media:

The “experts” are conducting a massive coverup. They are lying to you. And they have had great success in freezing the planet, cowing whole nations in fear of a genetically modified virus that – thankfully – isn’t anywhere near as bad as it could have been.

However, that virus is unstoppable by design. It is made specifically to be resistant to vaccination technologies. This was one of the purposes of the gain-of-function research that was just recently grudgingly eked out by the National Institutes of Health just a few days ago.

“They’ll hold it till the eagle screams…” says a character in one of Stephen King’s novels (The Stand), and while that character was not talking about Captain Trips, he certainly was talking about the tendency of people to deny and withhold information (or money) until they have no choice but to come clean.

Is that likely to happen now that Jen’s got the bug?

Probably not. Expect more clumsy foolwork (sic) from the most vile and woke Ministers of Propaganda the world has yet seen.

But take heart. The lie is out. Everyone has to at least be exposed to this, and if there is going to be a pushback against all this, it will happen as we become more and more wise to the Great Lie of 2020 and 2021 being pushed on us.

Liberty and freedom are right before us; all we have to do is act.

Jen Psaki got probably twice jabbed with saline? The whole Covid narrative falls apart for one year now. Destroy the economy, lockdown people, issue draconian measures over a virus not more deadly compared to the flu. Do the same thing over and over again and expect a different outcome each time is….. There is no such thing as a manifactured society.

No more deadly than the flu??? Really? Whence your information? Fox News or the likes?

The worse [the chaos] the better.” V I Lenin.

It might be a unpopular statement, but it is better to be vaccinated, though I do respect people who don’t wish to be vaccinated, that is up to them.. A quote from the late Christopher’s Hitches, and yes, I aware he did become some mad neoliberal interventionist, but he was right on this, and I now paraphrase, Man does Not have dominion over this planet, meaning by, it is the little things that cannot be seen by the human eyes, like viruses, germs etc that still have power over man.. That was Not a perfect replication of what Hitches said,… Read more »

Explain to us, why you believe it is better to be vaccinated than not. It is now well known, and massive evidence has accumilated, that tells us there is far more danger from these alleged vaccinations than from the alleged virus it’self. The chances of unvaccinated people becoming victim of the virus, to such an extent they die, is PROVEN to be very low indeed. However the vaccinated people, the EVIDENCE coming to light, has PROVEN are MORE likely to become infected and far more predisposed to spread the virus. On top of that, there are the many side effects… Read more »

If you choose to be vaccinated you are less likely to have extreme effects leading to possible death.. I myself am so over covid, I Never feared getting it, I am fit and athletic and relatively young. I don’t wear masks in public, to me it is now like the flu or common cold. You seem to doubt the existence of covid, your real concern should be, was a virus that they found in in bat’s manipulated by American and Chinese scientists to diliberately harm human beings.. I don’t know if your familiar with the zombie film genre, but in… Read more »

I understand these thoughts, and I could also go back and look at my own newspiece’s data in a different way (the accompanying video actually does this) and one would seem to see a very low infection RATE among vaccinated. However, what is not shown is the infection RATE among the UNVACCINATED. The assumption is still that this vaccine does have a positive effect in cutting infection rates, but there does not seem to be real data that shows us how many people in say, a fixed group of 1,000 unvaxxed people, will actually get infected – this being compared… Read more »

I thank you sir..

You have nothing better to report on, Mr. Hanish??? So she got Covid 19, so what. Have YOU been vaccinated? Why make a mountain out of a mole hill. 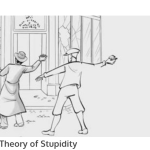 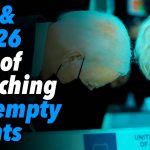