Last month a lot of things happened globally that affect the female of the species, not all of them bad, but…

The really big news happened in the United States when the Supreme Court overturned the 1973 abomination of Roe v Wade. Like the 1954 case of Brown v Board of Education, Topeka, this was a politically contrived case based on lies. The nominal plaintiff was misrepresented by two feminist attorneys as a victim of gang-rape. In reality, this woman, later identified as Norma McCorvey, was, in her own words, the sort of girl mothers warned their daughters about. She became a born again Christian and lobbied against the abortion industry. She died in 2017.

The imminent overthrown of Roe v Wade was forewarned by the disgraceful leak of the draft opinion of the new case Dobbs v Jackson Women’s Health Organization. It had already been partially reversed by the 1992 decision in Planned Parenthood v Casey.

The resulting picketing of Supreme Court judges homes was absolutely disgraceful, even more so that it was permitted if not actually encouraged by the Biden Administration.  Among the many protesters in many different locations was Alexandria Ocasio-Cortez, who claimed she was raped in her early twenties and contemplated an abortion. She appears to have told this lie for the first time on February 1 last year, when she also lied about her situation in the misnamed January 6 insurrection. We can be sure she was lying because she would have fought back against an attacker, reported the crime at once, and would never have shut up about it. None of these things happened, but for some women, especially those involved in politics, claiming to be a “survivor” of rape is a status symbol. Both Kim Foxx and Ayanna Pressley claim to have been raped. Can you imagine that?

In spite of the noisy protests and the disgraceful acts of terrorism directed against pregnancy centers,  the die has been cast and there will be no going back. The idea that abortion can be used as a form of birth control in this day and age is a hideous concept.

Something not quite as hideous but certainly bizarre was a skateboarding contest for girls which was won by a 29 year old man. Ricci Tres was previously known as Richard Batres and is a former naval officer as well as a father of three. This dude, who apparently does not intend to go the whole hog by castrating himself, says his physique did not give him a physical advantage (over the 13 year old runner up).

On this side of The Pond, in only the second edition of her TERFTalk Tuesdays, everyone’s favourite peroxide blonde mother of four took a harrowing phone call from the mother of a 13 year old girl. Her daughter is infected with this trans madness and wants to cut off her breasts. Not only that, although they live in a rural area, there are four others like her in her school. Where did this madness come from and when will it cease?

The other good news,  such as it is, also comes from the UK. Health Secretary Sajid Javid has acknowledged not only that biological sex exists but that it is of fundamental importance when discussing medical matters. He said he intends to reverse the absurd trend of “gender neutral language” that has been creeping into National Health guidelines.  This follows on the sensible pronouncement of Britain’s much maligned Prime Minister who said “biological males” should not be competing in women’s sports. Unlike Joe Biden, Boris Johnson does not have a transsexual Health Secretary in Sajid Javid, nor does he have a cocaine-snorting son who takes backhanders from the Government of China.

On the positive side, get rid of the sexual divide in professional tennis and put men and women together in the same league. You will hear claims of sexual equality disappear faster than a snowball in Death Valley during a record shattering heat wave.

Purely conscious reproduction in humans is impossible, due to the fact that reproductive behavior is largely subconscious. That is no reason to punish women and children by withdrawing support, compassion and respect. Also, who are you to accuse others of lying? Especially those whose ethics are exemplary? Also, termination of pregnancy has nothing to do with variation in sexual identity and behavior. Why do you conflate them?. Personally, I find it lamentable that some people fall so far outside social norms, and problematic that such variation can be self-destructive and harmful to others. Many of these social challenges are due… Read more » 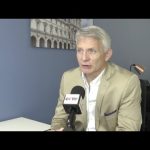 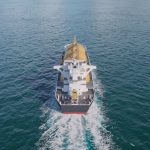