The phrase “Google is your friend” is a sarcastic response to a simple or obvious question. That being said, until fairly recently most of us did regard Google as our friend, and as well over five billion Google searches are made every day, clearly most of us still do.

As you probably know, YouTube is owned by Google; ordinary people can and do upload videos to the site. Most people have free accounts, while some make money or even a living out of YouTube. As of February 2020, over five hundred hours of video were uploaded to YouTube every minute, a truly staggering figure.

Google offers all sorts of other services too, but we need not belabour the point. If Google isn’t your friend, the question is why not? Because over the past few years it has been censoring information, not only by deleting uploaded YouTube videos on a variety of spurious pretexts but by shadow banning and worse. Facebook and Twitter have also both been caught doing this. Perhaps the greatest act of censorship was the affair of the Hunter Biden laptop from Hell. That and related factors led to the overthrow of the Trump Presidency, so Google is extremely powerful whether or not it is your friend.

In recent years too, some well-known names have been kicked off Google and other social media. In 2018, Google colluded with other tech giants to remove Alex Jones. His YouTube channels were deleted, and there were attempts to make him an unperson. The latest big name to be booted from YouTube is Dan Bongino, last month. The pretext for this was his spreading so-called misinformation about covid. Dan has not been short on epithets to curse Google including the people fairly low down the food chain who make day to day decisions about removing videos and the like, but over the years he has done very well out of YouTube especially, so he really has no grounds to complain.

Also, the censorship of YouTube could be a lot worse. There are still many voices that smearmongers like the ADL and the Southern Poverty Law Center would like removed. These include Tim Pool, Steven Crowder, and renegade leftist Jimmy Dore. A closer look at the censorship issue reveals outside bodies like the aforementioned ADL to be major players.

That being said, there is a much bigger problem. You don’t have to be any kind of conspiracy theorist to realise that decisions about little things like wars and forcing vaccination on the entire planet are often made by plutocrats far removed from any say by the common people. There are four identifiable such groups: finance – the banksters, in particular the money creators; politicians – global leaders, largely but far from exclusively Western; their academic henchmen – of both sexes, these include selected journalists and other intellectual prostitutes. Finally, there are manufacturers, industrialists – in short, big business.

Big business, in particular multinationals, have long been denounced by leftists, the same leftists who totally ignore usury. Much of their criticism is unfair. For example, in 2010, it was reported that the Tesco supermarket chain made a profit of six thousand pounds per minute, which sounds obscene until you realise that (in 2012) it had over three hundred thousand employees. As far as multinationals and large national chains go, it is their economies of scale that make consumer goods and especially food so cheap.

Whatever one thinks of big businesses, they are the most important element of this quartet. The big tech companies led by Google belong with them. We need to persuade them to work with the rest of the business sector and keep themselves independent of the other three: the banks, the politicians, and their propagandists. If we can’t do this, then we need to build alternative media as Dan Bongino and others are doing with Rumble, Gettr, and now a new payment processor, Parallel Economy.

Also, having asked the question, “is Google your friend”, to not even mention let alone discuss Google’s spying on everyone is quite remarkable.

In short, a so-called ‘friend’, does not spy on you.

Feel free to abandon Google. Do not watch YouTube videos, use GMail, it’s newspaper archive or anything else it gives the rest of the world.

Thanks for responding DarkMan. Like many others I felt free to abandon Google a long time ago, though I keep an anonymous Gmail a/c for some log-ins and to mop up any spam. However I agree I should get round to opening another ProtonMail a/c to replace it. Rooted my phone to remove Google apps there a while back, replacing them with open source alternatives from F-Droid and APKpure. Soon to acquire either an openAndroid (no internal Google interface) or preferably a Linux phone. I rarely use YT preferring the uncensored platforms – Rumble, Bitchute, Odysee etc. Some content providers… Read more » 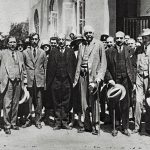