If you are not American or haven’t heard of swatting, it is the practice of sending a Special Weapons And Tactics squad to someone’s home as an act of malice. And malice it is, because if the American police shoot first and ask questions as an afterthought, SWAT teams do that on steroids.

This article from 2014 gives a few examples of what can happen when SWAT teams turn up at the homes of innocent people.  Five years ago, a hoax call led to the death of a man in Wichita and two years later to a twenty year sentence for the man who made it.

So who would want to swat Tim Pool? Apart from the usual lunatics, quite a number of people of a leftist persuasion. Pool’s conversion from leftist to rational human being who will engage with anyone doesn’t go down at all well with the usual suspects, and very likely his growing media empire is a source of jealously across a fairly broad spectrum.

On Thursday night while he was doing a livestream with former police officer (and police apologist) Brandon Tatum, a number of police, though not SWAT team officers, turned up at his studio following a tip off that a gunman had shot two people on the premises and was threatening to shoot himself.

Pool’s home, studio and HQ is located in a fairly rural area of Maryland, which probably accounts for the nature of the police visit. He was unhappy with this and told them they should come back with a warrant, but of course when any emergency service receives a call of this nature they are obliged to turn up and investigate.

Is it at all surprising that so many people want to take him down?

Pool is far from the first YouTube content creator to be swatted. Anthony Brian Logan had six officers turn up at his home, in August 2019. Him and a few others. 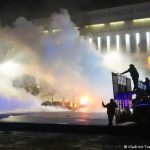 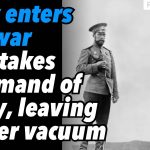