Authored by Pepe Escobar via The Saker blog,

So is that much fear and loathing all about gas? Not really.

Kazakhstan was rocked into chaos virtually overnight, in principle, because of the doubling of prices for liquefied gas, which reached the (Russian) equivalent of 20 rubles per liter (compare it to an average of 30 rubles in Russia itself).

That was the spark for nationwide protests spanning every latitude from top business hub Almaty to the Caspian Sea ports of Aktau and Atyrau and even the capital Nur-Sultan, formerly Astana.

The central government was forced to roll back the gas price to the equivalent of 8 rubles a liter. Yet that only prompted the next stage of the protests, demanding lower food prices, an end of the vaccination campaign, a lower retirement age for mothers with many children and – last but not least – regime change, complete with its own slogan: Shal, ket! (“Down with the old man.”)

The “old man” is none other than national leader Nursultan Nazarbayev, 81, who even as he stepped down from the presidency after 29 years in power, in 2019, for all practical purposes remains the Kazakh gray eminence as head of the Security Council and the arbiter of domestic and foreign policy.

The prospect of yet another color revolution inevitably comes to mind: perhaps Turquoise-Yellow – reflecting the colors of the Kazakh national flag. Especially because right on cue, sharp observers found out that the usual suspects – the American embassy – was already “warning” about mass protests as early as in December 16, 2021.

For the outside world, it’s hard to understand why a major energy exporting power such as Kazakhstan needs to increase gas prices for its own population.

The reason is – what else – unbridled neoliberalism and the proverbial free market shenanigans. Since 2019 liquefied gas is electronically traded in Kazakhstan. So keeping price caps – a decades-long custom – soon became impossible, as producers were constantly faced with selling their product below cost as consumption skyrocketed.

It’s quite telling that the protests started in the city of Zhanaozen, smack into the oil/gas hub of Mangystau. And it’s also telling that Unrest Central immediately turned to car-addicted Almaty, the nation’s real business hub, and not the isolated, government infrastructure-heavy capital in the middle of the steppes.

At first President Kassym-Jomart Tokayev seemed to have been caught in a deer facing the headlights situation. He promised the return of price caps, installed a state of emergency/curfew both in Almaty and Mangystau (then nationwide) while accepting the current government’s resignation en masse and appointing a faceless Deputy Prime Minister, Alikhan Smailov, as interim PM until the formation of a new cabinet.

Yet that could not possibly contain the unrest. In lightning fast succession, we had the storming of the Almaty Akimat (mayor’s office); protesters shooting at the Army; a Nazarbayev monument demolished in Taldykorgan; his former residence in Almaty taken over; Kazakhtelecom disconnecting the whole country from the internet; several members of the National Guard – armored vehicles included – joining the protesters in Aktau; ATMs gone dead.

And then Almaty, plunged into complete chaos, was virtually seized by the protesters, including its international airport, which on Wednesday morning was under extra security, and in the evening had become occupied territory.

Kazakh airspace, meanwhile, had to contend with an extended traffic jam of private jets leaving to Moscow and Western Europe. Even though the Kremlin noted that Nur-Sultan had not asked for any Russian help, a “special delegation” was soon flying out of Moscow. Kremlin spokesman Dmitry Peskov cautiously stressed, “we are convinced that our Kazakh friends can independently solve their internal problems”, adding, “it is important that no one interferes from the outside.”

How could it all derail so fast?

Up to now, the succession game in Kazakhstan had been seen mostly as a hit across Northern Eurasia. Local honchos, oligarchs and the comprador elites all kept their fiefdoms and sources of income. And yet, off the record, I was told in Nur-Sultan in late 2019 there would be serious problems ahead when some regional clans would come to collect – as in confronting “the old man” Nazarbayev and the system he put in place.

Tokayev did issue the proverbial call “not to succumb to internal and external provocations” – which makes sense – yet also assured that the government “will not fall”. Well, it was already falling, even after an emergency meeting trying to address the tangled web of socioeconomic problems with a promise that all “legitimate demands” by the protesters will be met.

This did not play out as a classic regime change scenario – at least initially. The configuration was of a fluid, amorphous state of chaos, as the – fragile – Kazakh institutions of power were simply incapable of comprehending the wider social malaise. A competent political opposition is non-existent: there’s no political exchange. Civil society has no channels to express itself.

So yes: there’s a riot goin’ on – to quote American rhythm’n blues. And everyone is a loser. What is still not exactly clear is which conflicting clans are flaming the protests – and what is their agenda in case they’d have a shot at power. After all, no “spontaneous” protests can pop up simultaneously all over this vast nation virtually overnight.

Kazakhstan was the last republic to leave the collapsing USSR over three decades ago, in December 1991. Under Nazarbayev, it immediately engaged in a self-described “multi-vector” foreign policy. Up to now, Nur-Sultan was skillfully positioning itself as a prime diplomatic mediator – from discussions on the Iranian nuclear program as early as 2013 to the war in/on Syria from 2016. The target: to solidify itself as the quintessential bridge between Europe and Asia.

The Chinese-driven New Silk Roads, or BRI, were officially launched by Xi Jinping at Nazarbayev University in September 2013. That happened to swiftly dovetail with the Kazakh concept of Eurasian economic integration, crafted after Nazarbayev’s own government spending project, Nurly Zhol (“Bright Path”), designed to turbo-charge the economy after the 2008-9 financial crisis.

In September 2015, in Beijing, Nazarbayev aligned Nurly Zhol with BRI, de facto propelling Kazakhstan to the heart of the new Eurasian integration order. Geostrategically, the largest landlocked nation on the planet became the prime interplay territory of the Chinese and Russian visions, BRI and the Eurasia Economic Union (EAEU).

For Russia, Kazakhstan is even more strategic than for China. Nur-Sultan signed the CSTO treaty in 2003. It’s a key member of the EAEU. Both nations have massive military-technical ties and conduct strategic space cooperation in Baikonur. Russian has the status of an official language, spoken by 51% of the republic’s citizens.

At least 3.5 million Russians live in Kazakhstan. It’s still early to speculate about a possible “revolution” tinged with national liberation colors were the old system to eventually collapse. And even if that happened, Moscow will never lose all of its considerable political influence. (…more) 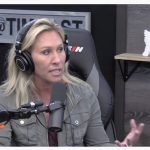