The ongoing crisis at America’s southern border is a wonder to behold, though certainly not wonderful. Donald Trump was elected on among other things a promise to fix the problem of illegal immigration, which he was doing, and had he not been cheated out of a second term, he would have done so. The current administration set about from its first day in office to wreck all Trump’s policies, and Biden actually invited illegals to come to America, an invitation hundreds of thousands accepted, and unless something is done to stop the deluge, millions more are set to follow.

Most left wing organisations believe immigration is a good thing always and only, so good that even the slightest opposition to it can only be the unforgivable crime of racism. While controlled immigration can be beneficial, even that has its limits, and it isn’t only white people or even predominantly white nations that object to illegal immigration. For example, eight years ago, Ghana deported thousands of Chinese nationals. This year it deported hundreds of people from mostly Nigeria, the overwhelming majority of them men.

When African or Asian nations deport illegals or simply restrict immigration, no one bats an eyelid; when Western nations do it, shock horror! Those invading the southern border at the moment are unlikely to contribute to the good of the nation. The current caravan travelling up through Mexico is said to have several people in wheelchairs. Are they all to be let in in the hope they will vote Democrat? It appears so. It should be pointed out also that none of these people are asylum-seekers; no foreign national living in Mexico needs to seek asylum in the United States. By the same token, no foreign national living in France needs to cross the English channel to seek asylum in Britain, but thousands do, and the British Government doesn’t have the will to stop them.

Let us be quite clear about this, governments the world over are currently forcing their citizens to accept vaccination, and in some places – Australia for example – resistance by ordinary people has been met with outright repression and at times shocking brutality. If European governments or the US Government had the will, they could stop this madness literally overnight.

Let us contrast how China deals with illegal immigration. Here is an article from 2015. When China perceived a threat on its south-west border, it took immediate action. The reason we see so few reports of this nature is because there are very few such incidents, and there are very few because people who try to take liberties with China know what they can expect. The administration of Xi Jinping may have a poor reputation as far as civil liberties are concerned, but in this field it has its priorities right, namely it puts the security and welfare of its own people first. Legal foreigners – tourists and workers – are welcome  in China as long as they play by the rules, but if there is any conflict of interest between foreigners and Chinese, the latter come first. Here are the laws that apply to Chinese citizenship.

There are currently fewer than a million and a half foreigners living in China, a shade over .1% of its total population. Of course, China’s history is very different from those of Western nations; while the United States was built on immigration, overwhelmingly from Europe, with the exception of a few explorers and traders, China’s ancient civilisation remained closed to foreign contact until the early Nineteenth Century.

China’s Western critics are many, indeed there are those who are intent on provoking war with China, something that would be disastrous for the entire world, but if the West is to survive, it needs to follow China’s example and restrict immigration severely. It goes without saying that there are many who do not want the West, especially America, to survive, and the overwhelming majority of these people can be found within its own borders.

None of this means we shouldn’t help people in genuine need; the current and ongoing situation at the Belarus-Poland border needs to be resolved quickly, but it is time for especially the West to say “No mas” and take whatever steps it can to keep out bogus asylum-seekers and parasitic economic migrants, even if those measures appear brutal to outsiders, and of course the usual suspects.

The illegal invasion of the refugees and economic migrants is the result of 20 years of neocon and neoliberal intervenist crusade to force our way of life on other cultures.. President Putin castigated the west at the UN, and spoke of the folly of forcing their development models on others, let us Not forget the last words of Libyan president colonel Gaddafi:When I am gone, all you will have is Al Qeada and refugees, his words have proven true..The people prefer borders and law and order aren’t the racists, it’s the warmongers like Hillary Clinton and the neocon fanatics that… Read more »

Question!! How Would China Deal With A Border Invasion? Answer!! They would take it seriously for a start, then they would take the only sensible route by stopping the invasion. Now that would have many good things for China.—- They won’t fill their country with people who haven’t put anything in. Also they won’t put up with money sucking lawyers taking them to court paid for by the Chinese taxpayers so as to keep those invaders in China. It’s a win win situation. 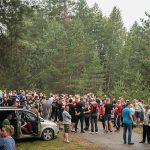 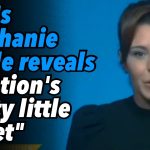