Šalčininkai District’s community faced a new challenge in its constant struggle with the authorities to live quietly. Rūdninkai in Šalčininkai District came into the spotlight last summer after local residents tried to prevent the government from establishing a migrant camp. Interior Minister Agne Bilotaite said in August that around 1,500 illegal migrants were planned to be accommodated in a tent camp in Rūdninkai military training area as the country is dealing with an illegal migration crisis. Migrants arrived and were deployed in temporary tent camp. Around 800 migrants complained about lack of medical care and inedible food in the camp. Incidents involving migrants happened and these facts seriously troubled locals. Some of them escaped from the camp and police searched them for some time. Understandably, local residents worried about their safety.

The more so, tensions increased among community near migrant camp, resulting in sometimes violent protests. Groups of people blocked roads for delivery vehicles and were removed after clashes with riot police. Residents held demonstrations outside the Lithuanian government building in Vilnius and in local municipality.

Finally, migrants living in Rūdninkai village’s large migration camp were transferred to the Kybartai correctional facility at the beginning of October.

Nevertheless, the locals did not enjoy the peace and quiet for a long time.

This time they are forced to resist the intention of the Defence Ministry to establish and restore training area in Rūdninkai, some 30 kilometers from Lithuania’s capital, Vilnius. According to LRT, the Defence Ministry plans to open a new site in 2024. “Preparations are not done that quickly. Social, as well as economic, environmental, and financial assessments would go on until autumn next year. Legal matters related to the takeover of land need to be taken care of by 2024,” Minister of Defence Anušauskas said.

Rūdninkai is a small, cosy and hospitable village located near the Biosphere Polygon of the Rūdninkai woods, 20,095 ha. This Biosphere Polygon was established in 2004. The goal of the Polygon is to preserve the ecosystem of the Rūdninkai woods which include the Kernavas marsh, forests and open heather fields on the former military polygon area and drifting sandy areas. The area is valuable for various rare forest birds and waders.

The reason why this territory was chosen looks very strange and unconvincing. “There are no residential properties in this territory, no private land lots, and there are no people living here, only outside the training area,” Anušauskas said. This explanation is illogical, because biosphere polygon is just an area where people do not carry out activities and do not build any infrastructure in order to preserve resources and natural beauty.

Representatives of the Defence Ministry admit that the most difficult issue is to convince the local community of the need to build the military facilities. Though the minister noted that the area will be developed by taking into account environmental requirements and in cooperation with the local community, nobody believes. It is almost impossible to preserve the ecosystem of the forest, the existing flora and fauna in case of planned firing, training and movement of heavy armored vehicles.

So, there are very real fears that the authorities will not even pay attention to the protesters’ demands. Everything is already decided… 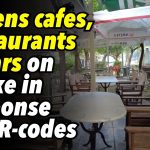 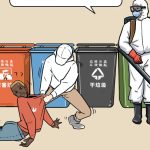