NBC News writer Phil McCausland ran a piece on that network’s website that showed a terrifying sign of the pressure that is likely to be brought to bear on the great numbers of people in the United States – and indeed, all over the world – that are being pressured or even forced to get vaccinated against COVID-19.

This piece is well-worth reading in full (I did), because it shows just how far the forces behind vaccination have gone in terms of their argument against one’s own personal liberty to choose what they do medically. We are including some selected excerpts with comment.

Religious exemptions could prove to be the latest legal battlefield of the pandemic, as Americans opposed to the coronavirus vaccine attempt to find ways around employer and government vaccine mandates.

Some evangelical pastors are reportedly providing religious exemption documents to the members of their church, and right-wing forums are sharing strategies to skirt vaccine requirements. Religious freedom groups are sending threatening letters to states, schools and employers and preparing legal challenges to fight vaccine mandates.

Only some federal agencies and states have made vaccination mandatory for workers, and more private companies are doing or considering the same. But experts anticipate that religious liberty challenges will pick up as more mandates are put in place — especially when there is no national standard.

This report is about the COVID-19 vaccination push as it exists in the United States. However, in nations like Canada, France, Germany, Israel and Italy, the mandates are much more severe. The governments in these countries have a strong ability to restrict their citizens from even keeping their jobs if they don’t get vaccinated, and in one particularly revolting story in France, a family was even prevented from buying food from a grocery store because they were not vaccinated. In these countries, and in Russia, the idea of “religious exemption” is under severe pressure, by the presence of massive pressure on religious communities to go with the “science” rather than to follow the teachings these religious groups have actually held for decades, centuries and even millenia.

OrthoChristian.com, for example, is the defacto news outlet site for the Moscow Patriarchate. The site publishes almost nothing about the concerns a great many Orthodox Christians have about the vaccine, especially those people who consider that this situation bears the hallmarks of a crisis of the faith that has been predicted by Orthodox Christian holy men for decades. In a recent piece, the editor wrote a great deal about the issue, but this complicated run of thought and comparison of ideas against other ideas lacks any element that suggests that not taking the vaccine is the better idea. In other words, the people who resist taking it will not find friendly ears in the Russian Orthodox Church, at least as far as OrthoChristian is concerned. This is similar to a situation about two months ago where the hierarch Metropolitan Hilarion (Alfeyev) referred to people who refuse the vaccine as “stupid” for doing so.

(The Orthodox Christian situation regarding the doubts and approach to the vaccine are very interesting, but beyond the scope of this piece. A forthcoming piece will explore this in a direct look.)

Pope Francis went so far as to say that receiving the vaccine was ‘the moral choice because it is about your life but also the lives of others.’

Indeed as the NBC article states, evangelicals and some “hard core” adherents in the more traditional Christian confessions are putting up a fight, but here is the most terrifying assessment that the NBC piece shows:

Indeed as the NBC article states, evangelicals and some “hard core” adherents in the more traditional Christian confessions are putting up a fight, but here is the most terrifying assessment that the NBC piece shows:

Experts say that the threshold for religious exemptions could come down to proving whether the person attempting to obtain one has “sincerely held beliefs” against getting vaccinated on religious grounds. They may even have to show a track record of opposition to receive an exemption.

Those challenging employer-created mandates cite Title VII of the Civil Rights Act, which requires employers to make reasonable efforts to accommodate employees, while government-created mandates are being challenged under the First Amendment. Both, however, bring up the question of whether a person’s religious beliefs are sincere.

Thomas Berg, a self-described “strong supporter of religious exemptions” and a religious liberty advocate who teaches law at the University of St. Thomas in St. Paul, Minnesota, said he believes that there is a strong case to deny many of the religious claims and to test religious sincerity.

“In cases where you’ve got a lot of potential insincere claims — and I think there’s evidence that is what’s happening here in which people are raising religious objections when they’re motivated by fear of the vaccine or political opposition to it — testing sincerity makes sense,” he said. “We have to test sincerity or else we have to accept them all or deny them all, so I think the courts will provide room for testing that.”

This is an absolute outrage.

This essentially shows us how far the goalposts of personal liberty have been moved by the COVID overlords. A simple “no” is not enough. Not only is a simple “no” no longer enough to settle the question of whether someone gets vaccinated or not, a person’s “sincerity” in expressing a religious exemption about this particular vaccine (and there are MANY objections to it that are not even religious! Such as “it doesn’t work!”) is potentially being looked as an excuse to get out of taking it because they are afraid of it.

If a person is afraid of getting injected with something, that would seem to mark good common sense. After all, people that inject themselves with heroin and freebase cocaine often kill themselves with it, and even a very recent piece of news has Moderna vaccines on hold in Japan because metal particles have been found in the vials, particles with magnetic properties. Over a million doses are on hold because there is a problem. No one should be forced to be injected with something they cannot trust.

Why is it unreasonable that anybody should be afraid of this stuff? But the hysteria and the Overton Window on this issue is so far moved in favor of the pro-vaxxers that we are actually considering the idea that even religious objections would actually be put to a secular test in court (in which they will almost surely fail, every time).

This situation reached a boiling point in France, Germany and Greece thus far – people are actively in defiance of the mandates. Good for them! But it needs to go much farther. The people who are running these nations’ governments probably ought to be put out of their jobs and replaced by people who remember that it is very simple to just say no and leave it at that.

As with so many issues with COVID-19, what we really have is a reaction to false advertising on a global scale (this too is a forthcoming piece). However, the amount of power that is being exerted to cause billions of people to do what they are told (when that order has rapidly eroding confidence of being anything remotely close to a good idea), will cause whole nations to either capitulate, like Canada appears to be doing, or to rebel.

It may well take outright, forcible resistance, even coups to get this to stop. But it needs to stop. The religious people of the world, particularly Christians, all agree that there is a Power greater than all of us who needs to be trusted and obeyed. However, no human being, and no human council or legislature should have god-like powers to command people.

Will we revolt and throw these people out of power? Or will we cave in and lose everything we are? 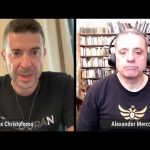