I write this piece as a Christian, and of course for a Christian the subheading would by context describe “Truth” as Jesus Christ Himself. However, I have to point out that for the Muslim, this is not so, and the orthodox Muslim has a different idea as to what constitutes capital-T Truth, as does the orthodox Jewish believer. All three faiths are respectively built around distinct and quite different notions of what that Truth actually is (or Whom). While I contend that Orthodox Christianity is the only valid and reliable expression of Truth, that determination is something that each one of us has to make through his or her own experience as they personally grapple with the matters of eternity, and each person has this right and responsibility to do so. God will always reveal himself to those who earnestly seek him.

With that being said, let’s look this story. Pope Francis, a grand Imam and apparently (though I did not see one) a prominent Jewish leader hatched a plan to build what looks like a nice thing – the Abrahamic Family House – comprising of a mosque, a church and a synagogue, all together.

From an architectural point of view, the buildings are certainly noteworthy accomplishments, making fantastic use of light and structure to create… what, exactly?

Well, that is just what the problem is. The white blankness of these buildings and the beautiful, but empty play of sunbeams inside each structure do not evoke any religious response at all, but rather a secularist response: “Oh, how beautiful this architecture is! Look what we did!”

And what we did is make three basically blank structures, each containing some token of the faith it is intended to support (really destroy), but presenting nothing.

Didn’t Jesus say something about “whitewashed sepulchres” a number of times? While the Lord was speaking about the Pharisees, the essence of his comment was “looks good on the outside but the insides don’t match.” For the Pharisees, the insides were full of rottenness and decay and filth of the unrepentant soul, alone and apart from God. For these Abrahamic Family House structures, the white washed beauty of these buildings contains – emptiness.

For that is what the intended One World Religion really is – a vacuum, a place where no religious view has meaning for the sake of “equity” among all religions.

And it is into this vacuum that evil always enters, as it indeed shall in this case. We are already seeing it worldwide with the willing cave-in of religious leaders to the COVID-19 pandemic. Many prominent leaders of the Orthodox Church, for example, went in for the vaccines, not even telling their people which vaccines were “allowable” by the Church in terms of her bioethics views. Sputnik V, the dominant Russian vaccine, involves the aborted fetal cell line known as HEK293 in its production. While the vaccine is not made from an aborted baby, an aborted baby was nonetheless used in the proofing stage of the vaccine development. The Basis of the Social Concept of the Russian Orthodox Church, started in the early 20th century and redacted in the early 21st, posted and promoted by Metropolitan Hilarion Alfeyev on his own website prominently for some time, had an unequivocal view of the use of aborted material – it is forbidded under any and all circumstances.

However, when Sputnik V came out, there was nary a peep from Met. Hilarion, nor from Patriarch Kirill, and in fact, Metropolitan Hilarion more recently stated that people were “stupid” for not taking the vaccine and said that they were even guilty of a mortal sin if they got someone else sick with COVID who then died from it.

The same thing is true in the United States, where Pfizer is the big lead company in vaccine production and whose vaccine also boasts HEK293 use. From prominent Orthodox Christian hierarchs – not a peep, though from many priests and lesser known bishops worldwide there is certainly widespread condemnation of this practice.

This is one manifestation. There are others.

One such other manifestation recently was Archbishop Elpidophoros of the Ecumenical Patriarchate closing parishes in the United States, but marching with a mask to support Black Lives Matter, whose riots and influence to violence in the United States has been very deadly.

What kind of Christianity is this?

Whitewashed Sepulchre Christianity it would seem. Looks great. Contains nothing.

Now, in this vacuum of real faith, of orthodoxy from many people across both Christian and Judaic and perhaps even Muslim religions, we have this center. Along with the center’s rise, we have the rise of technocratic authoritarianism, the increasing inability of people to buy and sell unless they are “marked” with otherwise completely ineffective COVID-19 “vaccine” (remember when a vaccine actually prevented you from getting the illness you were vaccinated against? No more…), relegation of true Christians to “secondary citizen” status, a new dhimmitude, in reality.

We are getting the warnings. This has happened before in some ways, but this is the most cohesive occurence in the last two hundred years or more, and it begs the question:

What are we going to do about it?

I am writing this from the perspective of an Orthodox Christian, for that is what I am. But I would be willing to bet money that I have counterparts in Judaism, Baha’i, Islam and any other faith who also recognize the same fact – make our faiths the same and the result is simple: faith in nothing. That is as evil as anything can possibly get. On this matter, I bet all of us agree.

That would be ok with me!! But it would have to have a GOD to make that work. As there is nothing out there, then we are left with making our own fairy tales up.

Like salt adding savor to a dish the teachings of Jesus have penetrated and reformed the Western mindset. Yet it now tastes like something has gone bad! So institutional Christianity itself is smelling very much a white-washed tomb. The author asserts the usual truth claims that Christians make. Essentially there is a claim that we have the key to salvation and getting to heaven – we have received by faith that Jesus took care of it all on the cross – and everyone else will likely go to Hell. But that claim, in spite of its deep historical roots, seems… Read more »

Thank you for your comment, but you misunderstand Christianity – as most people including people who call themselves Christians! do. Most of the stated principles you offered are Protestant in nature and as such are very incomplete and without understanding. The basic idea is correct, but the way it is stated is so poor that it makes Christianity look like the magic “Jesus saves me” statement is all one needs. Such people do not know what salvation really us, and they do not know what this sentence means. I have been an Orthodox Christian for over twenty years now, as… Read more » 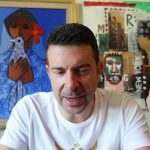 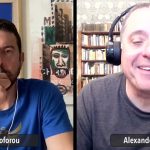