Everything bad that is currently happening in America anyway, including its foreign policy disasters. Listen to the odious Jen Psaki in this White House briefing; she is replying to the only journalist who ever asks her hard questions. First she defends Biden’s lie about visiting the southern border, or perhaps it wasn’t a lie, perhaps the dude is so far gone with dementia that he really believes he has visited the border the same way he believes the net cost of a three and a half trillion dollar spending package will be zero.

After covering her boss’s lie, Psaki then explains to Peter Doocy the real cause of the problems at the border is the “feckless” border wall Donald Trump started building. Can a wall be feckless? She alludes also to kids being separated from their parents. Tom Homan humiliated Alexandria Ocasio-Cortez when she made a similar claim, but it is worth pointing out that just because an adult turns up at the southern border with an infant in tow doesn’t mean they are parent and child or even related. There have been cases of infants being rented out for the purpose of claiming asylum, and Heaven knows what other purposes.

Psaki in particular has told so many lies in her briefings that it is difficult to keep up with them, but if Americans have to put up with another three years of this, they won’t have a country left. Perhaps that is the point? 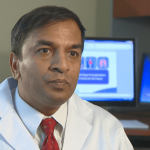