The present Russian invasion, a.k.a. “special military operation” of Ukraine has gotten a lot of bad press. It has also gotten a little good press.

But for many Yahoo! News readers this event of February 24, 2022 may have seemed like “business as usual.”

That is because Yahoo! News has related Russia invading Ukraine in countless reports dating back to 2014, when the Donbass region began to resist the Ukrainization it feared coming from Kiev after the Maidan Revolution that year.

Article after article featured PROOF that Russia was invading its neighbor, showing high altitude photos of empty box trucks as proof, or pictures of some tank on the Russian side of the border as proof, or no proof at all. Nevertheless, Yahoo! lived up to its name.

After the Victory Day celebrations this past week, the propaganda creators at Yahoo! spun up another creation. Here it is, pulled joyfully from, oddly enough Business Insider:

Since Operation Paperclip it is not surprising that the west is using the same methods. Since Covid much of the western press receives direct funding from governments. They will write what they have to write.

Considering all the Western propaganda, this is pretty minimal. Call it out ALL propaganda, but hopefully there are insights to more important “atrocities” and “losses”.

Many people are unaware as to why the Russians painted the V and Z symbols on their Armour.

The Z and V symbols where painted on Russian Tanks and Armour, simply to prevent friendly fire and to tell them apart from Ukrainian vehicles, which are of very similar Soviet Design.

Hi, Anita! I could barely hear the Russian when I was there, but if I can find the Izvestia piece I will get the translation for you. Thank you for your comment! 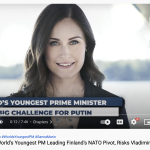 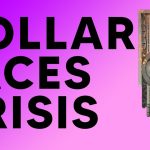