This year’s Victory Day Parade was unusually beautiful and poignant. There seemed to be signs that Russia is edging closer to a return to the Imperial days. More about this in a coming piece. But for now, we want to bring you a little personal experience from the holiday.

Address by the President of Russia at the military parade

I congratulate you on the Day of Great Victory!

The defence of our Motherland when its destiny was at stake has always been sacred. It was the feeling of true patriotism that Minin and Pozharsky’s militia stood up for the Fatherland, soldiers went on the offensive at the Borodino Field and fought the enemy outside Moscow and Leningrad, Kiev and Minsk, Stalingrad and Kursk, Sevastopol and Kharkov. 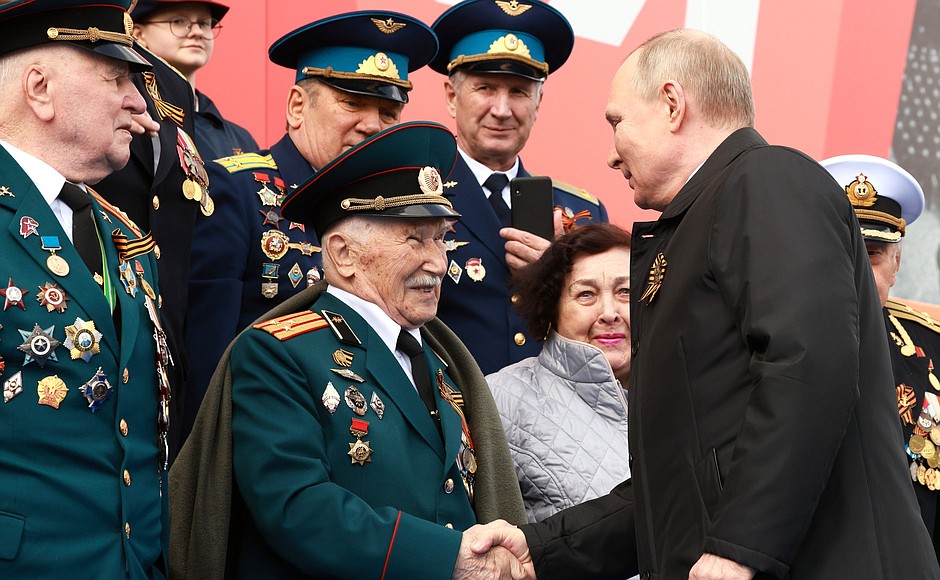 Today, as in the past, you are fighting for our people in Donbass, for the security of our Motherland, for Russia.

May 9, 1945 has been enshrined in world history forever as a triumph of the united Soviet people, its cohesion and spiritual power, an unparalleled feat on the front lines and on the home front.

Victory Day is intimately dear to all of us. There is no family in Russia that was not burnt by the Great Patriotic War. Its memory never fades. On this day, children, grandchildren and great-grandchildren of the heroes march in an endless flow of the Immortal Regiment. They carry photos of their family members, the fallen soldiers who remained young forever, and the veterans who are already gone.

We take pride in the unconquered courageous generation of the victors, we are proud of being their successors, and it is our duty to preserve the memory of those who defeated Nazism and entrusted us with being vigilant and doing everything to thwart the horror of another global war.

Therefore, despite all controversies in international relations, Russia has always advocated the establishment of an equal and indivisible security system which is critically needed for the entire international community.

Last December we proposed signing a treaty on security guarantees. Russia urged the West to hold an honest dialogue in search for meaningful and compromising solutions, and to take account of each other’s interests. All in vain. NATO countries did not want to heed us, which means they had totally different plans. And we saw it.

Another punitive operation in Donbass, an invasion of our historic lands, including Crimea, was openly in the making. Kiev declared that it could attain nuclear weapons. The NATO bloc launched an active military build-up on the territories adjacent to us.

Thus, an absolutely unacceptable threat to us was steadily being created right on our borders. There was every indication that a clash with neo-Nazis and Banderites backed by the United States and their minions was unavoidable. 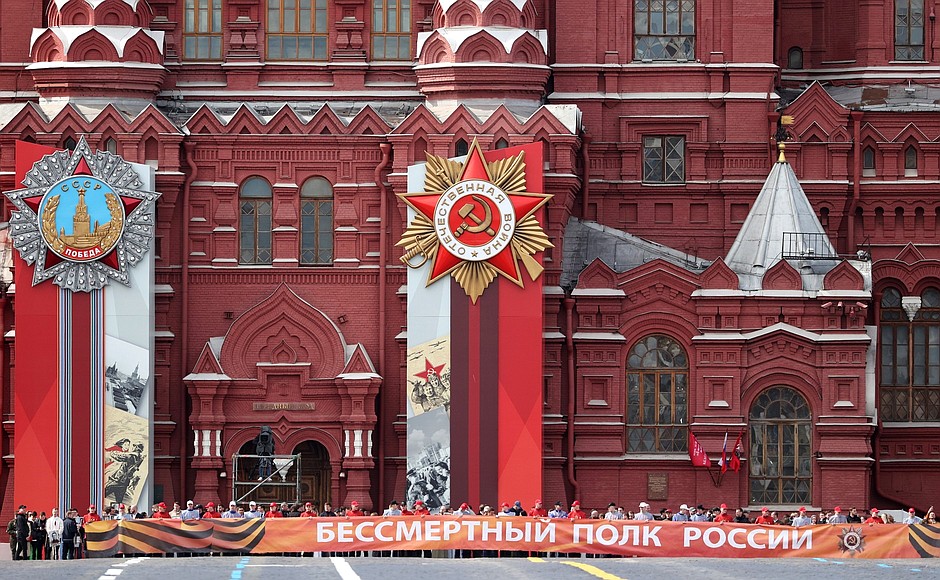 Let me repeat, we saw the military infrastructure being built up, hundreds of foreign advisors starting work, and regular supplies of cutting-edge weaponry being delivered from NATO countries. The threat grew every day.

Russia launched a pre-emptive strike at the aggression. It was a forced, timely and the only correct decision. A decision by a sovereign, strong and independent country.

The United States began claiming their exceptionalism, particularly after the collapse of the Soviet Union, thus denigrating not just the entire world but also their satellites, who have to pretend not to see anything, and to obediently put up with it.

But we are a different country. Russia has a different character. We will never give up our love for our Motherland, our faith and traditional values, our ancestors’ customs and respect for all peoples and cultures.

Meanwhile, the West seems to be set to cancel these millennia-old values. Such moral degradation underlies the cynical falsifications of World War II history, escalating Russophobia, praising traitors, mocking their victims’ memory and crossing out the courage of those who won the Victory through suffering.

We are aware that US veterans who wanted to come to the parade in Moscow were actually forbidden to do so. But I want them to know: We are proud of your deeds and your contribution to our common Victory.

We honour all soldiers of the allied armies – the Americans, the English, the French, Resistance fighters, brave soldiers and partisans in China – all those who defeated Nazism and militarism.

Donbass militia alongside with the Russian Army are fighting on their land today, where princes Svyatoslav and Vladimir Monomakh’s retainers, solders under the command of Rumyantsev and Potemkin, Suvorov and Brusilov crushed their enemies, where Great Patriotic War heroes Nikolai Vatutin, Sidor Kovpak and Lyudmila Pavlichenko stood to the end.

I am addressing our Armed Forces and Donbass militia. You are fighting for our Motherland, its future, so that nobody forgets the lessons of World War II, so that there is no place in the world for torturers, death squads and Nazis.

Today, we bow our heads to the sacred memory of all those who lost their lives in the Great Patriotic War, the memories of the sons, daughters, fathers, mothers, grandfathers, husbands, wives, brothers, sisters, relatives and friends.

I declare a minute of silence.

(A minute of silence.)

The loss of each officer and soldier is painful for all of us and an irretrievable loss for the families and friends. The government, regional authorities, enterprises and public organisations will do everything to wrap such families in care and help them. Special support will be given to the children of the killed and wounded comrades-in-arms. The Presidential Executive Order to this effect was signed today.

I wish a speedy recovery to the wounded soldiers and officers, and I thank doctors, paramedics, nurses and staff of military hospitals for their selfless work. Our deepest gratitude goes to you for saving each life, oftentimes sparing no thought for yourselves under shelling on the frontlines. 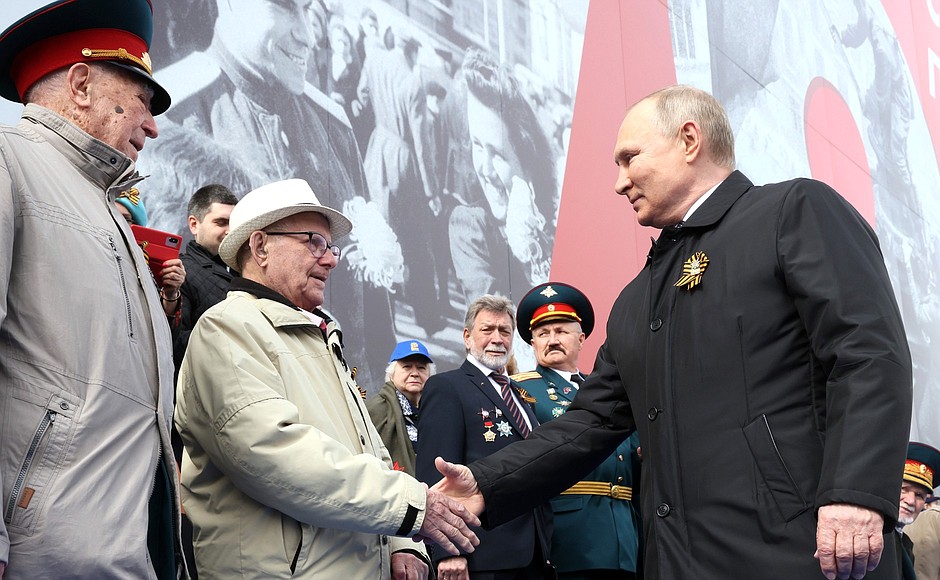 Soldiers and officers from many regions of our enormous Motherland, including those who arrived straight from Donbass, from the combat area, are standing now shoulder-to-shoulder here, on Red Square.

We remember how Russia’s enemies tried to use international terrorist gangs against us, how they tried to seed inter-ethnic and religious strife so as to weaken us from within and divide us. They failed completely.

Today, our warriors of different ethnicities are fighting together, shielding each other from bullets and shrapnel like brothers.

This is where the power of Russia lies, a great invincible power of our united multi-ethnic nation.

You are defending today what your fathers, grandfathers and great-grandfathers fought for. The wellbeing and security of their Motherland was their top priority in life. Loyalty to our Fatherland is the main value and a reliable foundation of Russia’s independence for us, their successors, too.

Those who crushed Nazism during the Great Patriotic War showed us an example of heroism for all ages. This is the generation of victors, and we will always look up to them.

Glory to our heroic Armed Forces!

For Russia! For Victory!

Very impressive scenes in Moscow! Thank you for the video, Seraphim.

Police officers ensured law and order in full during the event. 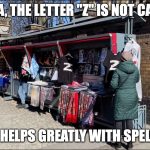 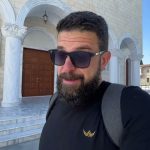