If it wasn’t obvious before, the COVID-19 pandemic has shown that science has become thoroughly politicized. Though normally focused on observable and verifiable causes and effects in the natural world, many scientists, especially government employed ones, have taken on a political role and have shaped scientific findings in the service of those political ends. The truth eventually came out, but at a massive cost to people’s mental health, finances and trust.

President Dwight Eisenhower foresaw this abuse by government scientists, and he shows us the way out.

Public health officials initially insisted on the wet-market origin story for the novel coronavirus, but the lab-leak theory has become just as plausible. Cloth masks once deemed essential are now labeled “facial decorations.” Schools have opened without becoming super spreaders. A John Hopkins University study recently concluded that lockdowns had a minuscule impact on virus morbidity.

With all of these issues, some of the federal government’s top scientists made a concerted effort to stifle debate.Dr. Francis Collins, the former head of the National Institutes of Health, requested a “devastating takedown” of those who disagreed with his insistence on lockdowns, referring to dissenting scholars from Harvard, Oxford and Stanford as “fringe.” He and other public health officials selectively ignored real data. Dr. Anthony Fauci, director of the National Institute of Allergy and Infectious Disease (NIAID) and chief medical adviser to the president, declared that “attacks on me, quite frankly, are attacks on science.”

Collins’ approach and Fauci’s sentiment are exactly what President Eisenhower warned the American public about in his Farewell Address.

He advised vigilance against the “danger that public policy could itself become the captive of a scientific-technological elite.”

These “task forces of scientists,” Eisenhower cautioned, would lead to the “domination of the nation’s scholars.”

Research scientists then toe the line, or at least remain silent. This creates the appearance of unanimous agreement as, in Eisenhower’s words, “a government contract becomes virtually a substitute for intellectual curiosity.”

It is hard to prove intentional silence.

But there are signs.

When mask mandates were first introduced, for example, numerous virologists should have pointed to published RCT studies that cast doubt on masks’ effectiveness in preventing transmission of airborne viruses. One May 2020 CDC paper “did not find evidence that surgical-type face masks are effective in reducing laboratory-confirmed influenza transmission, either when worn by infected persons (source control) or by persons in the general community to reduce their susceptibility.”

Likewise, the World Health Organization’s 2019 program for an influenza pandemic does not recommend facemask use for the non-symptomatic or uninfected, and only recommends business and school closures in the most severe circumstances, even while acknowledging that these measures lack good evidence of effectiveness. This too was missing from COVID policy discussions.

Ike correctly assessed that “the solitary inventor, tinkering in his shop” is no longer the driving force behind scientific and technological progress. Research has become more “formalized, complex and costly.” A 21st-century Benjamin Franklin can no longer purchase the expensive equipment or devote the time needed to make world-changing inventions or discoveries. Therefore, an “increasing share [of research] is conducted for, by or at the direction of the federal government.”

But it is still possible to steer clear of the dangers of politicized bias in science by maintaining the core of scientific inquiry: “intellectual curiosity.” Intellectual curiosity is what enables us to figure out the truth of the reality that confronts us.

A pivot towards government research grants need not remove “the solitary inventor” from the picture. Those inventors may not be able to conduct the research on their own, but they can surely analyze the data. Government funded scientific data should always be open for scrutiny, because transparency enables the curious to understand the truth for themselves. Time and again, public officials attempted to force consensus over COVID. Government funded research that encourages competition and debate, rather than uniformity of thought, can help us figure out the truth.

But Ike proposed a second, more important principle. To avoid the “domination of the nation’s scholars” he declared that “it is the task of statesmanship to mold, to balance, and to integrate these and other forces, new and old, within the principles of our democratic system-ever aiming toward the supreme goals of our free society.”Scientists can tell us their best understanding of reality and its consequences, like the dangers of a new virus. But multifaceted decisions that affect people in different ways, such as closing schools or businesses, are not questions of science but judgements about the best way to navigate reality. That is the role of politicians elected by the people.

While the scientist may be able to predict the consequences of some of our decisions, it is the statesman who must create policy that balances various needs, especially the tradeoff between freedom and safety. What should the quarantine policy be for COVID-exposed children in schools? Should hospital workers be obliged to get vaccinated? This requires a deliberative process, one best suited for legislative bodies.

Eisenhower issued two warnings in his Farewell Address: “the acquisition of unwarranted influence…by the military-industrial complex” and “that public policy could itself become the captive of a scientific-technological elite.”

The aimless wars in Afghanistan and Iraq demonstrated the danger of the former, while the coronavirus pandemic has forced us to witness the latter.

We cannot return to a bygone era and dismantle these systems, but we can be more aware of the forces at play and be wiser. The current pushback against American engagement in Ukraine is more forceful than the leadup to the Iraq conflict because we saw the experts mislead us and fail.

The next time a scientific scare comes rolling around, we must passionately seek truth and demand that our elected leaders courageously represent the people.

Rafi Eis is the executive director of the Herzl Institute.

I get paid over $190 per hour working from home with 2 kids at home. I never thought I’d be able to do it but my best friend earns over 15k a month doing this and she convinced me to try. The potential with this is endless .Heres what i have been doing… http://www.cashoffer9.com 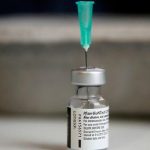 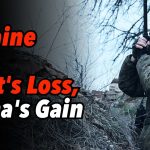