We know this sort of thing happens, and indeed the FBI has a public vault of documents relating to clandestine activities to disrupt all manner of groups at both ends of the political spectrum. Heck, the CIA even published an assassination manual, so let’s have no more talk about conspiracy theories, ho, ho, ho, and look at the documented facts of both the Biden crime family and the conspiracy against Donald Trump.

Even before he entered the White House, a ludicrous, totally baseless conspiracy theory was started by Hillary Clinton to the effect that Donald Trump was in the pay or the clutches of Russia. To bolster that claim, she hired a foreign national to create a so-called dossier on Trump’s imaginary activities. To disguise her payments to Christopher Steele, she laundered the money through a law firm.

Powerful people inside the FBI, including its Director, facilitated these lies. Spies were placed inside the Trump campaign, including a veteran academic. Documents were forged to facilitate this conspiracy, and an FBI lawyer was even convicted of doctoring an e-mail in furtherance of it. Many a lawyer on both sides of Atlantic has been disbarred and served prison time for lesser offences, yet Kevin Clinesmith was given a slap on the wrist and is now allowed to practise law again.

What was Hunter Biden doing at this time, apart from blowing his mind on drugs? Before going any further, let us make one thing clear. People who become addicted to any drug, be it alcohol, prescription drugs, or the really hard stuff like heroin and cocaine, deserve sympathy. This is something that can happen to any of us, and does. But there are limits. In spite of stints in rehab, Biden has wallowed in depravity rather than fight it. In 2013, he joined the US Naval Reserve at the age of 43. He had a staff rather than an active post. The following month he failed a routine drug test and was booted out.

In 2014, he joined the board of a Ukrainian company for which he was paid a king’s ransom. While his father was Vice President of the United States he travelled multiple times with him on foreign trips, yet the older Biden denied ever talking about his son’s business dealings with him.

In 2018, Hunter was involved in a bizarre incident which resulted in his handgun being thrown into a trash can. This led to a cover up by the Secret Service. The case was reported by Politico, hardly a Trump-friendly website. The big issue here was that when he bought the gun, Hunter lied on the official form, specifically he denied having a drug addiction. No action was taken.

The main charge against Hunter, one that is backed up by copious documentation and an impeccable witness, is that like the Clintons and their foundation, he was peddling influence, selling access to his father. Again, the left that professes to hate capitalism so much looks the other way while the worst kind of capitalists are making big bucks by taking bribes without actually producing anything.

If any child of Donald Trump had done half these things, there would have been indictments against the entire family, yet with Hunter and Joe, nothing to see here, folks.

Finally, for our feminist reviewer who claims the laptop included “some sex stuff I still can’t figure out”, here is the sex stuff. Hunter smoking crack with a prostitute. Hunter paying a prostitute $10,000. Okay, victimless crimes whatever the law says, but how about this?

Hunter had an affair with a much younger woman. When Lunden Roberts became pregnant, she decided to keep the baby, and as can be seen from the photographs here, she clearly made the right decision. When she told Hunter, was he ecstatic or simply pleased to become a father again? Hardly, he denied even knowing her. That is no way to treat a lady, even one who earned her living as an exotic dancer.

It was only when the court ordered a paternity test that Hunter fessed up. And paid up. Child maintenance at least, but he still has tax problems. Only an idiot would claim the laptop from Hell was a conspiracy theory or not of vital importance. Meanwhile, Hunter’s father or whoever is pulling his strings is turning America into a police state, has encouraged millions of poor immigrants to cross the southern border illegally, people who will be a drain on the economy not to mention in some cases a risk to the public. He has trashed the economy and set the stage for massive inflation by handing out billions of dollars to the special interests Donald Trump railed at in 2016. And we haven’t mentioned the Afghan disaster or the insane proxy war with Russia. This has to be deliberate, a conspiracy, because no one charged with running the country could be so stupid.

I’m coming around to the belief that Trumps presidency was in itself a “psyop” to aggregate and segregate the populace in order to initiate, under color of “insurrection”, or equally rot gut excuses, the further assault upon the populace. They, the political and societal elite, are hell bent on destroying you so what better way to do it than to flush you out!

I used to occasionally read The Guardian newspaper from the late late 80s to the late 90s, and although an ostensible anti war publication at the time, it was always covertly pushing the Diversity, Equity & Inclusion agenda from the Frankfurt School, on many of its unsuspecting readers (myself included), until the ‘The Penny Dropped’ for me, after the NATO bombing of Yugoslavia in 1999, which was the true start of the current Russo-NATO/Ukrainian War. The Guardian “Journalists” David Leigh and Luke Harding, infiltrated Wikileaks masquerading as Journalists to work with Julian Assange, to publish the Iraq and Afghan war diaries.… Read more » 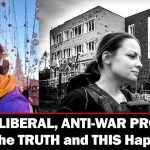 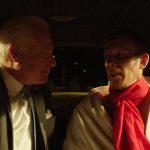