The actor Laurence Fox has become better known in recent years for his political views than for treading the boards, but he is also a father of two, and it is safe to say that he made this short documentary as a concerned parent rather than a political activist.

It isn’t necessary to review it, the twenty-two and a half minute exposé speaks for itself. After viewing it you will surely wonder what the Hell has been going on in our schools and however did it happen behind our backs, even if you are not a parent.

Let’s be frank about this, most kids are not little angels, even in the 1960s they learned swear words in primary school and jokes about sex, including perverted sex. But until recently they were not taught this sort of thing in the classroom, and drag queens were certainly not invited into schools. One mentioned here has the stage name Flowjob. Scotland’s leading daily newspaper thinks this is two words. Either way, anyone with a rudimentary command of English will recognise the innuendo. In November 2020, it was reported that Flowjob had been invited to speak with primary school pupils to mark “LGBT week”. Since when did primary school kids need to celebrate sexual perversion?

In addition to Fox and his team, Groomed features an appearance from Kellie-Jay Keen-Minshull, who will not be pleased to see herself described as a feminist activist. Although focused on the UK, Fox points out that this is a massive problem on the other side of the Atlantic. Black Lives Matter is part and parcel of this obscene circus, something he recognises.

At the end, Fox gives some simple solutions to this massive problem, they may be summed up as sunlight and financial accountability. In particular, schools must be forced to be transparent with parents, who will have the right to veto this poison. And the flow of taxpayer funds to pernicious organisations like Stonewall must be cut off. Islam has a far more radical solution, but best not go there for the moment.

As for Laurence Fox, his next film will be about Hunter Biden, a man who has no time for sexual perversion!

The National Education Association would be more honestly named the National Babysitting and Brainwashing Association. For some truth in naming. 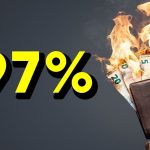 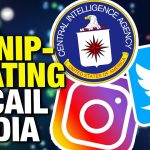