Top Virologist who works for Bill & Melinda Gates Foundation speaks out with dire warning about the vaccine and mass innoculation!

To all authorities, scientists and experts around the world, to whom this concerns: the entre world population.

I am all but an antivaxxer. As a scientist I do not usually appeal to any platform of this kind to make a stand on vaccine-related topics. As a dedicated virologist and vaccine expert I only make an exception when health authorities allow vaccines to be administered in ways that threaten public health, most certainly when scientific evidence is being ignored.

The present extremely critical situation forces me to spread this emergency call. As the unprecedented extent of human intervention in the Covid-19pandemic is now at risk of resulting in a global catastrophe without equal, this call cannot sound loudly and strongly enough.

As stated, I am not against vaccination. On the contrary, I can assure you that each of the current vaccines have been designed, developed and manufactured by brilliant and competent scientists. However, this type of prophylactic vaccines are completely inappropriate, and even highly dangerous, when used in mass vaccination campaigns during a viral pandemic.

Vaccinologists, scientists and clinicians are blinded by the positive short-term effects in individual patents, but don’t seem to bother about the disastrous consequences for global health. Unless I am scientifically proven wrong, it is difficult to understand how current human interventions will prevent circulating variants from turning into a wild monster.

Racing against the clock, I am completing my scientific manuscript, the publication of which is, unfortunately, likely to come too late given the ever increasing threat from rapidly spreading, highly infectious variants. This is why I decided to already post a summary of my findings as well as my keynote speech at the recent Vaccine Summit in Ohio on LinkedIn.

Last Monday, I provided international health organizations, including the WHO, with my analysis of the current pandemic as based on scientifically informed insights in the immune biology of Covid-19. Given the level of emergency, I urged them to consider my concerns and to initiate a debate on the detrimental consequences of further ‘viral immune escape’.

For those who are no experts in this field, I am attaching below a more accessible and comprehensible version of the science behind this insidious phenomenon.

While there is no time to spare, I have not received any feedback thus far. Experts and politicians have remained silent while obviously still eager to talk about relaxing infection prevention rules and ‘springtime freedom’. My statements are based on nothing else but science. They shall only be contradicted by science.

While one can barely make any incorrect scientific statements without being criticized by peers, it seems like the elite of scientists who are currently advising our world leaders prefer to stay silent. Sufficient scientific evidence has been brought to the table.

Unfortunately, it remains untouched by those who have the power to act. How long can one ignore the problem when there is at present massive evidence that viral immune escape is now threatening humanity? We can hardly say we didn’t know – or were not warned.

In this agonizing letter I put all of my reputation and credibility at stake. I expect from you, guardians of mankind, at least the same. It is of utmost urgency. Do open the debate. By all means: turn the tide!

Why mass vaccination amidst a pandemic creates an irrepressible monster

THE key question is: why does nobody seem to bother about viral immune escape? Let me try to explain this by means of a more easily understood phenomenon: Antimicrobial resistance. One can easily extrapolate this scourge to resistance to our self-made ‘antiviral antibiotics’. Indeed, antibodies (Abs) produced by our own immune system can be considered self-made antiviral antibiotics, regardless of whether they are part of our innate immune system (so-called ‘natural’ Abs’) or elicited in response to specific pathogens (resulting in so-called ‘acquired’ Abs).

Natural Abs are not germ-specific whereas acquired Abs are specifically directed at the invading pathogen. At birth, our innate immune system is ‘unexperienced’ but well-established. It protects us from a multitude of pathogens, thereby preventing these pathogens from causing disease.

As the innate immune system cannot remember the pathogens it encountered (innate immunity has no so-called ‘immunological memory’), we can only continue to rely on it provided we keep it ‘trained’ well enough.

Training is achieved by regular exposure to a myriad of environmental agents, including pathogens. However, as we age, we will increasingly face situations where our innate immunity (often called ‘the first line of immune defense’) is not strong enough to halt the pathogen at the portal of entry (mostly mucosal barriers like respiratory or intestinal epithelia).

When this happens, the immune system has to rely on more specialized effectors of our immune system (i.e., antigen-specific Abs and T cells) to fight the pathogen. So, as we grow up, we increasingly mount pathogen-specific immunity, including highly specific Abs. As those have stronger affinity for the pathogen (e.g., virus) and can reach high concentrations, they can quite easily outcompete our natural Abs for binding to the pathogen/virus.

It is precisely this type of highly specific, high affinity Abs that current Covid-19 vaccines are inducing. Of course, the noble purpose of these Abs is to protect us against Covid-19. So, why then should there be a major concern using these vaccines to fight Covid-19?

Well, similar to the rules applying to classical antimicrobial antibiotics, it is paramount that our self-made ‘antiviral antibiotics’ are made available in sufficient concentration and are tailored at the specific features of our enemy.

This is why in case of bacterial disease it is critical to not only chose the right type of antibiotic (based on the results from an antibiogram) but to also take the antibiotic for long enough (according to the prescription).

Failure to comply with these requirements is at risk of granting microbes a chance to survive and hence, may cause the disease to fare up. A very similar mechanism may also apply to viruses, especially to viruses that can easily and rapidly mutate (which is, for example, the case with Coronaviruses); when the pressure exerted by the army’s (read: population’s) immune defense starts to threaten viral replication and transmission, the virus will take on another coat so that it can no longer be easily recognized and, therefore, attacked by the host immune system. The virus is now able to escape immunity (so-called: ‘immune escape’).

What will be the course of action if central governments make the serum injection mandatory?

Humanity’s existence on Earth was fun while it lasted! 🤪

Bossche’s motives must at least be questioned. He’s a vaccine advocate. The fact that this video has still not been taken down by YOUTUBE is in itself suspicious. Have a look at this: https://truthcomestolight.com/the-curious-case-of-geert-vanden-bossche/. Is Bossche preparing the ground for a rival ‘vaccine’? I have no idea what’s going on, but although there’s no way I will have one of these jabs, I am still sceptical of his doomsday predictions.

Yes exactly. Here’s an article by Rosemary Frei https://off-guardian.org/2021/03/16/the-curious-case-of-geert-vanden-bossche/ and a related interview she gave https://youtu.be/ where she raises similar concerns.

Ps. The article I posted is the same but from a diff source, sorry I didn’t check first.

So many Seniors are lining up for it. Who’s going to save them. They don’t have access to this info. 😥 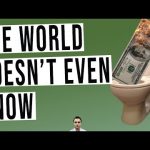 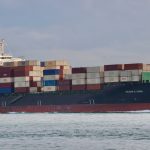