If you are not familiar with Wilfred Wong, you probably didn’t read this article. He was back on Shaun Attwood’s YouTube channel again this month, though not in person, because he is currently residing at Her Majesty’s Pleasure. For what heinous crime, you ask, grand theft? Sort of.  Last November, along with five other people, he was arrested for kidnapping a young boy in Wales. Since this article was published, two of his co-defendants have pleaded guilty, and one has died in prison, apparently from suicide. The young victim was recovered from a lorry in Northamptonshire.

Reporting restrictions in the UK are far more severe than in the US, and because of the age of the victim, even after the legal proceedings are finished, little is likely to be made public. It will suffice to say that Wong believed he was saving this child from Satanic ritual abuse. Yes, this does exist, so does ritual murder. On August 3, 1949, Bereng Griffith Lerotholi and Gabashane Masupha were hanged at Maseru, Basutoland for this crime. However, Wong and his acolytes don’t simply believe evil people commit evil acts against young innocents, they believe a grand conspiracy of child sexual predators controls the governments of the world including social services, local courts, and law enforcement.

Two of Wong’s co-defendants are charity counsellor Janet Stevenson and her husband; the man who died was a former psychiatric nurse. These are not unintelligent people, but sadly they lack common sense. Recently, Mrs Stevenson petitioned Amazon to stop selling “Satanic products”; she is also a correspondent of Samantha Baldwin. In 2014, Baldwin falsely accused former lover David Madge of sexually abusing their two young sons. During Family Court proceedings, she kidnapped the boys and went on the run. Baldwin was supported enthusiastically by former police officer turned crank Jon Wedger, who has likewise appeared on Shaun Attwood’s YouTube channel, so we have come full circle.

Wong and his co-defendants may have to wait until August to come to trial, which will give them plenty of time to mull over their foolishness. Or to contemplate the depths of the vile conspiracy which has entrapped them.

the above article is my idea of a smear piece. Hackwork. -0 rating.

You pal are about to be in deeper trouble for defamation.

What in Earth is the Duran doing publishing this rubbish? It has nothing to with geopolitics, economics or anything that most of us come to the Duran for. However, satanic ritual abuse definitely exists and even without knowing all the facts of the this case, I should say this smear piece stinks to high heaven.

Why is this sort of article being published on the Duran? It has all the appearance of spam.

There’s nothing factual in your article. All you do is undermine your own credibility. I shall treat your articles with even more scepticism than usual in future.

Full of inaccuracies and absolutely no knowledge of these cases. Clearly hasn’t done any investigating not least samantha baldwins case there is reams of proof her husband (not lover) did abuse the children. Try watching YouTube channel ‘northern exposure’ whi actually bother to establish some facts. The uk family Court system is not fit for purpose, is not scrutinised nor accountable. Indeed they are not trusted by anyone. In the UK underage girls are drugged and gangraped by grooming gangs then hooked on drugs they are not protected by uk police but instead locked up for breaking curfews not to… Read more »

What is the actual NEWS here ? This is a proper (s)hit piece

Well now you’ve fucked it haven’t you?
Its just a matter of time before truth starts to bleed through, and this time it reveals the author is a proper jackass that believes that government is the answer to world peace. 0/10 rating, absolute rubbish.

”sexual predators controls the governments of the world including social services, local courts, and law enforcement”- prove it if it is not true. 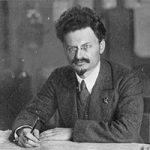 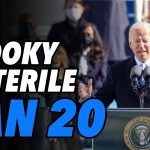