After Australia’s government this week announced its intent to issue legislative changes known as the “News Media Bargaining Code” by the end of this month, Facebook in retaliation has said it will begin restricting news sharing on its platform in Australia.

Google struck a deal with the Murdoch family owned media conglomerate News Corp. as proposed legislation in Australia threatens to jeopardize the tech platform’s future operations in the country. Under the three-year deal announced Wednesday, News Corp. brands in the U.S., U.K.

Here is the latest example of how Facebook is censoring any narrative that does not match its owner’s distorted view of the world:

Sadly, a very significant proportion of the human race has allowed a handful of billionaires to control the world by putting the responsibility for the COVID-19 narrative in their hands and hands of their less-than-well-trained non-medical personnel who love to censor anyone who doesn’t subscribe to the “truth” as their employer sees it.

Well Google and U Tube censor me for my Socialist take on things I suppose. Fascist monsters started well, human thought expressed Google said in the early days that didn’t last long. Hope the Chinese and Russians float a better platform than these impertinant money grubbers. Thankfully I was warned of Facebook years ago

Time for all nations to develop indigenous platforms. As bittern have come to prove,that they are totally untrustworthy.

Well well well! I voted and a notice came up saying I was not allowed to vote. So thats the end of Bourgeois pretence of Democracy. Good!

Where Facebook is concerned hopefully more and more countries will require payment for their news services. And again, hopefully, Zukerberg 3.0 (that’s the one with the real hair and realistic ears) will continue to refuse to pay and will slowly strangle his company to death. Every limitation he places on the data his users can access will be increasingly irritating for his users. Though God knows why anyone would be on that authoritarian platform.

Mind you anyone managing to find News in Australia and New Zealand is a better man than I am Gunga Din! Bush fires and traffic accidents that’s about it!

Fb seems to be blocking any registered Australian users. VPN gets a security check so it seems to be a blanket cancel culture effort. I can’t comment on Australians travelling outside the national borders. Only images of sites can be posted at the moment. I have managed to tunnel links in via posting first on VK etc. At the moment access to Fb site (via Windows PC) is hit and miss — so there may be some Authority push back?

Very good, this gives a great chance to all the australian based news-outlets which should now take the spirit of the time and abhandon their bias stand and start investigated journalism and analysis! Furthermore global operating entities, als big-tech need to pay taxes in the countries where they generate the cash! 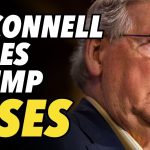 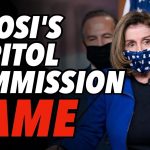