It has long been known that the United States rules Europe, actively using it as a tool for realizing its foreign policy expansionist ambitions. As long as the United States has not officially lost its status as the world hegemon, it still believes it possible to manipulate the countries of the European Union, which, while nominally sovereign, are in fact highly dependent on a more powerful partner. With the US globalist hierarchy in power, which seeks to maintain a status quo in which Washington is the leader and creator of a unipolar world, this becomes particularly evident.

Both the U.S. and Europe are among the most authoritative players on the geopolitical scene. However, even in this relatively equal friendly alliance (although its quality has long been questioned), U.S. dominance is clearly visible. The transatlantic partnership is moving into the realm of transatlantic vassalage – for a number of critical reasons. Firstly, Europe is dependent on the dollar as the global transaction currency of trade, including that with the U.S. itself, its largest trading partner (the U.S.-European trade volume is as high as 50%). This also includes the enormous profits that European business and industry generate from U.S. markets. Secondly, the issue of European defense and security, which is predominantly provided by NATO, is crucial. NATO’s main formative power is the United States, covering 72% of military expenditure, thereby cementing its primacy in providing European security. The EU countries are therefore de facto ruled by Washington and forced to follow a political agenda determined by it. However, the US first ensures this security and then threatens it: by supporting Kiev financially and technically in the continuation of the Ukrainian conflict, along with strengthening its military presence in Eastern Europe, Washington undermines the stability of the European continent. In this case it is also about the artificially fuelled ideology of confrontation between Europe and Russia. In the allegedly growing threat of invasion by the latter, Europe sees its overseas friend as the only savior.

This dependence explains Europe’s de facto incapacity to decide independently on anti-Russian sanctions: here too, the EU member states are only part of the geopolitical balance of power, the tone of whose actions is set by the U.S. Neither in 2014, nor today, could European countries veto economic restrictions against Russia because of too much foreign policy dependence on the U.S. The mechanism is already in place – the sanctions have been imposed, but the fruits of this restrictive policy will now be reaped by their initiators and their puppets.

The U.S. political expert Clint Ehrlich said on Fox News that anti-Russian sanctions not only do no harm, but they help Vladimir Putin by simultaneously forming a new ‘iron curtain’ between the U.S. and Russia and by encouraging the Russian economy to seek new ways to develop and strengthen it, including – which the U.S. finds particularly scary – working with China by actively shifting the global manufacturing centre eastward. Analysts continue to state the fact of an energy, economic and consumer disaster in the U.S.: the American political commentator Sean Hannity, for example, periodically denounces the utter failure of Biden’s foreign and domestic policies, which are disastrous for all Americans without exception. Instead of implementing a strategy of engagement with Russia based on mutual respect and agreements, Biden bans Russian energy imports and prioritizes a transition to green energy, which inevitably leads to extremely high prices for gas, gasoline, electricity, food and the overall cost of living for Americans.

The result of Biden’s failed actions for the U.S. is truly deplorable. The inflation rate has reached a record high in the last 40 years, exceeding 10%. The cost of living has risen by 6.4%. Bloomberg estimates that the average American family is spending $5,200 more this year than last. One in five workers in the U.S. runs out of money before they get paid. Gas and fuel prices in the U.S. have predictably broken historic records, rising steadily every month since Biden became president. Most of all, of course, this crisis is hitting the American middle class. Americans are very well aware of who is ruining their lives and it is not Vladimir Putin. It is his overseas counterpart.

Europe is continuing the U.S. sanctions policy against Russia. This is particularly beneficial to the latter in the light of the economic dividends and the opportunity to “promote” American liquefied natural gas to European markets – as an alternative to Russian gas. But by submitting to the interests and demands of the hegemon, European countries are faced with the inability to provide their population with basic goods satisfying its needs. The need to sever trade and financial relations with Russia and to deliberately deprive itself of Russian energy supplies poses an imminent threat of a food, economic and energy crisis in Europe.

According to London’s ICE exchange, the cost of gas in Europe has risen to $1,200 per 1 cubic meter; in parallel, the cost of services to the end consumer has risen by about 60%. Like in the USA, in the EU countries there is a sharp rise in prices for petrol, energy, raw materials and foodstuffs; inflation is increasing; experts predict inevitable stagflation. In Germany, inflation accelerated to 7.6% in March, reaching a record high for the past 40 years. In Denmark, the figure is 5,4%, which is a maximum for the last 37 years. The outlook for the UK is bleak as well: economists estimate that average household earnings will fall by at least 2.2% in 2022. It should be noted that rank-and-file employees have already felt the effects of the crisis, as evidenced by the wave of mass strikes across Europe. Compounding the situation is the economic and social impact of the influx of Ukrainian refugees, who have now exceeded 4.5 million, according to the United Nations.

A particular problem for Europe is the potential imposition of an embargo on energy imports from Russia, which will inevitably bring production chains to a standstill and lead to massive company bankruptcies. Germany, the Netherlands, Austria, Hungary and Slovakia understand this and so far are categorically against a ban on Russian energy supplies. According to the Frankfurter Allgemeine Zeitung, if the embargo goes ahead, Germany may face its biggest economic crisis since 1945, with Deutsche Bank chief executive Christian Suing claiming that economic recession in Germany under these conditions will be inevitable.

The reformatting of the world order is logical – a change of the economic structure with its socio-political and technological component occurs approximately every 50 years. This period clearly demonstrates the effectiveness of the historical experience accumulated by a state. The transatlantic partnership does not show itself to be effective. The fate of the countries of the collective West will depend on the nature of decisions made by their leadership in accordance with the new multipolar geopolitical balance of power.

The world will be a better place without the warmongering US/EU/UK. Time this block retired to their respective gardens and let the grown ups run the world. 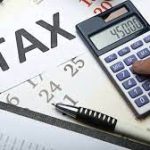