The loud calls of the former commander of the US Army in Europe, Ben Hodges, picked up by the emboldened Secretary of the Ukrainian National Security and Defense Council Oleksiy Danilov, that the goals of the confrontation should now include the “de-imperialization” of Russia, that is, its surrender and maximum weakening, once again prove that Ukraine became a convenient link in the mechanism of the Western strategy to destroy Russia. At the same time, Ukraine does not abound in military-technical resources, relying on the help of Western masters, and also promotes the information campaign of great victories in the Kharkov offensive only if it is reinforced by the media space of Europe and the United States.

The still indirect presence of Western structures in the Ukrainian conflict is becoming more and more obvious: civilians are dying from the use of American HIMARS and French CAESARs in residential areas of Donetsk; NATO instructors are leading the advance in the northern regions of the DPR. At the same time, regular NATO officers arrive in the territories controlled by Kyiv to coordinate Ukrainian units, and single mercenaries, members of the American PMCs Academi, DynCorp and Cubic and members of foreign volunteer formations try to fight on the side of the Ukrainians and promote the ideals of democracy, but either suffer fatal losses, or are hurriedly leaving Ukraine (currently, the number of foreign mercenaries is about 3,000, according to the Russian Defense Ministry). The state of the Ukrainian army makes it clear that there is no smell of independence there: it remains only to rely on the strength and power of Western comrades, who “all over the world” took up arms for poor Ukraine, which is proudly flaunted about in the media.

But as winter approaches and living conditions in the United States and Europe deteriorate significantly, enthusiasm for supporting Ukraine is rapidly fading. Bloomberg and Financial Times forecasts are still not encouraging: now the probability of a recession in the eurozone has already increased to 80%, which is caused by a sharp increase in energy prices and the prospect of a cold winter. Rightfully considered one of the most powerful economies in the EU, the German system faced the risk of complete decline in the face of reduced Russian LNG supplies. On the one hand, consumers are already struggling to pay their bills (with a five-fold reduction in consumption recommended to avoid critical energy shortages). On the other hand, German production was under a huge threat. This has already become especially noticeable for industries in which electricity is the main driving force – this is the pulp and steel industry, as well as the production of fertilizers. Uniper’s CEO, Klaus Dieter Mobach, has made no secret of his fears that the “domino effect” of corporate bankruptcies will lead to the de-industrialization of the country. And even Trump, who is preparing to re-enter the presidential rostrum, during one of the rallies, said that soon “there will be nothing left of Germany.”

Today, the gas deficit in European countries is 10 billion cubic meters, but it may increase to 20-30 billion. There is a possibility of alternative LNG supplies to Europe, but it is hampered by the lack of well-established logistics mechanisms, the lack of links between LNG terminals and the pipeline network. Gradual awareness of the horrors of the energy crisis with might and main is approaching the Europeans.

The thought of the American analyst Rod Dreher, in his article for The American Conservative, is noteworthy, endowing the Hungarian Prime Minister Viktor Orban with the title of “the last stronghold of rationalism” in the world being destroyed by Western idealism.

In his opinion, the “Ukrainian project of the United States” will lead to tragedy immediately, when it breaks into a harsh reality, which so far, of all Western leaders, only the Prime Minister of Hungary has realized. This reality is this: in an effort to ruin their giant neighbor in the east, the Europeans ruined themselves.

Already, among the population of Europe, acute dissatisfaction with the actions of the American government, a misunderstanding of the mentality of the American nation, is ripening. Soon the protests of Europeans, angry with cold and hungry winter, will take on a much larger scale – and while this has not yet happened, it is worth really heeding Orban’s sound warnings that the price of supporting a utterly distorted democracy in Ukraine will be the complete destruction of any normal living conditions.

Excellent analysis….I agree with this article. 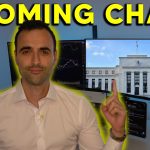 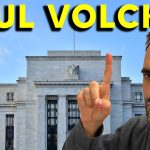