Today, the main front of warfare for Ukraine is the information and propaganda space – here the Ukrainian side is trying to show its achievements in all its glory. In the conditions of pumping the Kyiv regime with huge sums in order to reanimate it, the United States and allies naturally expect decisive action from the President of Ukraine Volodymyr Zelensky against the sensational aggressor Russia.

It is clear that in such a situation, Ukraine is afraid not to justify the trust of the West, because without the support of the countries of the Euro-Atlantic community, this state project is not viable at all. The Ukrainian leadership usually accompanies its triumph, or “peremoga” (from Ukrainian – victory, Ed.), with a combat hopak (a folk dance), the performance of heartbreaking hymns, jumps in the squares and other actions that can keep the focus of attention.

The current fussy agony of Kyiv is especially interesting. Zelensky’s threats regarding the gathering of a million-strong group of troops for a full-scale counteroffensive of the Armed Forces of Ukraine in the South-Eastern direction existed for several months only in verbal format. Together with the declared actions, the Ukrainian artillery only continued to bomb the civilian population with a vengeance. The effectiveness of this information strategy was short-lived – dastardly shelling of civilian infrastructure has exhausted itself. In order to restore interest in the Ukrainian topic, its leadership decided to start taking real actions.

As a result, a resounding victory in the Ukrainian information field appeared, covering the real failure. The failed attempt was dubbed by experts as a “Pyrrhic victory”, in which the price for the minor reconquered territories was too high and probably further increased the likelihood of an overall defeat. The Western media’s interest in the Ukrainian topic has not only subsided again – the American and European media field is beginning to be full of disturbing analytics about what an unbearable burden the Ukrainian theme is becoming for the leaders of the democratic world.

Euronews experts ask a logical question, putting in the headline the capacious phrase “Are we tired of the Ukrainian war?” and revealing its essence in the material. Yes, they are. A frank analysis from Wall Street Journal analysts is also alarming, reporting that active military assistance to Ukraine is depleting NATO’s arsenal, while the alliance is already facing a reduction in stocks of advanced weapons systems. The British The Times denounces the strategy of the Ukrainian regime to conduct a “successful counteroffensive” in order to rehabilitate in the eyes of Western sponsors. And the Washington Post is trying to sober up those who support the Ukrainian army with a forecast that Kyiv will not be able to return the territories that have passed under the control of the Russian Armed Forces either this year or next year. Finally, analysts from The American Conservative are begging the US leadership to change their minds and stop sponsoring Ukrainian counteroffensive attempts – according to their own statement, this is more and more like direct participation in a war that the “declining American empire” will not be able to pull.

However, it is clear that a holy place is never empty and any information vacuum, in this case, an abundance of false information, is always filled with something else. As a result, having not found answers to their questions in the Ukrainian press, the Europeans began to be more interested in news and interpretations of events from Russia. They are interested in how the Russians see the situation, how they are coping with Western sanctions, why their politicians are talking about an economic disaster in Russia, while their prices are rising.

Every day more and more residents of the European Union are realizing that the situation is not as clear-cut as the Ukrainian authorities and individual political officials say. President Zelensky speaks beautiful words, but his statements are not supported by a real picture from the fields. Yes, this reality, which is not so attractive for Europe, but it shows the real situation at the front and truthfully explains to people why problems began in their countries.

It was already known in Feb.2022 Ukraine cannot win this war with only defensive weapons and antique soviet stuff. It has been proven right. The billions from the Biden regime land into the pockets of Washington hacks and Uki oligarchs.

Antique defensive weapons? Are you joking? Eight years and billions of dollars worth of new gear were pumped into the Ukrainian “project”. They certainly didn’t rely only on old Soviet weapons when they were massing troops and material for an expected “offensive” earlier this year in order to recapture Crimea. Don’t try and make it appear as though the Ukrainians were in any way innocent. They weren’t then and they aren’t today.

EXPLAIN, where was it claimed Ukrainians were innocent ? 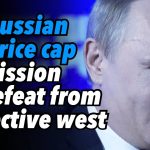 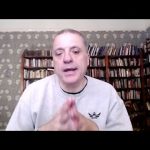