Lithuania wants the NATO battalions in the Baltic States to be expanded into brigades, the country’s defence ministry said.

Lithuania and other Baltic States have been consistently calling for more troops in the region and onthe whole eastern NATO flank.

“Lithuania, together with other countries on the eastern flank of NATO, is seeking to strengthen the NATO Enhanced Forward Presence battle groups into forward presence brigades,” Defence Minister ArvydasAnušauskas was quoted as saying.

Anušauskas, who did not state the expected size of the brigades, said the decisions on reshaping the forces would be taken at a NATO summit in Madrid in June.

But not everyone in the Baltics likes drunken NATO soldiers, as well as not all drunken Alliance soldiers like the local population.

It is well known that relations between the Baltic States and NATO are getting stronger every day. The Baltic politicians and military officials from overseas tirelessly repeat about love for each other. The parties are not shy about flaunting their feelings, which cause suspicion among locals. When a husband tells everyone all the time how he loves his wife, then, most likely, these words are addressed to anyone, but not to his wife. In case everything is clear in relation to each other, then there is no need to talk about it.

I would be very pessimistic about the NATO/ US being my guardian, the only experience those two entities of fighting a war is against an opposition that for the most part had nothing to fight back with, and the debacle with Afghanistan episode, who had the equivalance of bows and arrows, but still kicked the afore mentioned up the backside. Hope my freedom doesn’t lie with that lot. 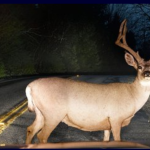