Lithuanian Foreign Minister Gabrielius Landsbergis says NATO should make a decision on assigning its presence on the eastern borders of the Alliance.

“We need to scale up the multi-domain Allied presence, in particular land troops, which should be boosted to the size of a brigade. We must also ensure we have interoperable combat-ready forces in place, with timely reinforcements by Allied forces, plus enhanced command-and-control arrangements, strengthened air and missile defence, prepositioning of ammunition, equipment and fuel, and  improved infrastructure and military mobility. Transatlantic links and the US presence is crucial to strengthen our security,” he said.

“We want an improved planning. We want a headquarters structure. We want pre-positioning of different types of equipment, so if a crisis would come we should not wait,” he said.

However, the ministers completely forgot about the social problems of the local population.

For example, annual inflation in Lithuania reached 20.5 per cent in June, according to preliminary estimates by Statistics Lithuania.

Inflation was mainly influenced by an increase in the prices of foodstuffs and non-alcoholic beverages, housing, water, electricity, gas and other fuels, transportation.

Uncompetitive salary for teachers has been a problem for many decades in Latvia. Government together with Latvian Trade Union of Education, have tried to solve this problem by asking to allocate additional financial resources, by developing teacher salary raise schedules and various educational reforms in all three Baltic countries, but this issue has not been resolved.

Instead of solving these problems, ministers of defence want to allocate more funds for the deployment of foreign military contingents.
THEBALTICWORD

Hey Lithuania! Are your young ladies ready to welcome our rampaging “rapeapes.?

Sounds like the call of the psychopathic suicider who sees his goal of life in the destruction of the world. Do these political idiots seriously believe that NATO would risk a nuclear war for geographically insignificant Lithuania, in which the US would burn up? Never in history have Khazarian-ruled Anglo-Saxons kept a promise or a treaty in favor of a contracting party. It is all reminiscent of Poland’s rabid policy in August 1939, when then dictator Rydz-Smigly, with England’s mutual assistance treaty in his pocket, proclaimed in the Daily Mail on August 6, 1939, “Poland wants this war against Germany… Read more » 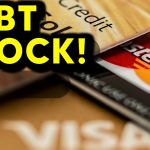 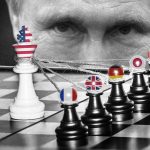