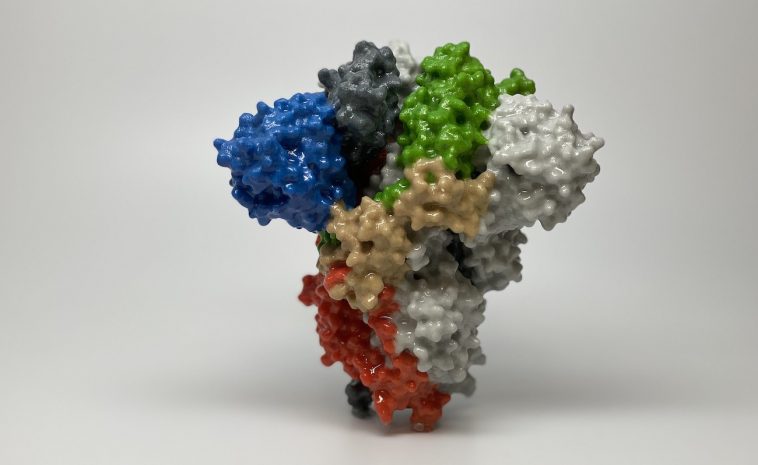 Even a cursory look at social media demonstrates that there are three main areas of concern around Covid vaccines at the moment: clotting disorders; abnormal menses; and the possibility that those that are vaccinated are shedding that vaccine material.

There are of course other significant concerns not least neurological damage following receipt of the vaccine but, as you will see, that may be as a consequence of one of the other three.

Only one of these concerns is recognised by governments and health agencies at the moment – clotting disorders; the other two are not.

I’m going to try and sketch out what we know about the first; the other two will be for later articles. I’ll attempt to use the scientific and medical literature to help me to do that.

The problem of clots after Covid vaccination was taken more seriously when a preprint paperappeared in Research Square investigating reports “of some vaccine recipients developing unusual thrombotic events and thrombocytopenia”.

The researchers “investigated whether such patients could have a prothrombotic disorder caused by platelet-activating antibodies directed against platelet factor 4 (PF4), as is known to be caused by heparin and sometimes other environmental triggers”.

In short: some of the patients were positive for antibodies to PF4 and the authors concluded that “The AZD1222 [Astrazeneca] vaccine is associated with development of a prothrombotic disorder that clinically resembles heparin-induced thrombocytopenia but which shows a different serological profile”.

They proposed calling this new problem vaccine-induced prothrombotic immune thrombocytopenia (VIPIT). Something tells me that name is going to be changed ASAP.

The authors’ conflict(s) of interest included receiving fees from Astrazenca’s competitor, Pfizer. This is something we may have to forgive them for, as any help in unravelling this problem is much needed.

Effectively we have two opposing problems here: thrombosis forming a clot that can block a vessel supplying blood to an organ; and thrombocytopenia reducing the number of platelets that are needed to form a clot, causing bleeding, aka haemorrhage. Either of these problems can be very difficult to manage and extremely dangerous, even lethal for the patient but to have both at the same time!

The combined thrombosis and thrombocytopenia linked to Covid vaccination is being considered as something new and very rare, and if clotting happens in a vital organ … well, we’re seeing the results: young people that should not be dying, are.

At the time of writing this article, Reuters reported:

In a weekly update on side effects from COVID-19 vaccines, the Medicines and Healthcare products Regulatory Agency (MHRA) said there were a total of 209 clots with low platelet counts following vaccination with AstraZeneca’s shot, compared to a total of 168 reported last week.

Considering that adverse events are generally accepted to be massively underreported, that is very concerning.

If we were to rely on mainstream news and government reports, we might be led to believe that clotting problems with Covid vaccines were entirely unexpected and rare.

Yet the first warnings about the Astrazeneca clotting disorder came before the preprint (above) was published, and long before they even started making the current Covid ‘vaccines’. Well over a decade before, to be precise.

Adenoviral viral vector delivery systems that are being employed by Astrazeneca, Sputnik and Johnson & Johnson, for example, were known to be problematic in the past. In 2007 a research paper laid it out very clearly:

Thrombocytopenia has been consistently reported following the administration of adenoviral gene transfer vectors. The mechanism underlying this phenomenon is currently unknown. In this study, we have assessed the influence of von Willebrand Factor (VWF) and P-selectin on the clearance of platelets following adenovirus administration. In mice, thrombocytopenia occurs between 5 and 24 hours after adenovirus delivery. The virus activates platelets and induces platelet-leukocyte aggregate formation. There is an associated increase in platelet and leukocyte-derived microparticles. Adenovirus-induced endothelial cell activation was shown by VCAM-1 expression on virus-treated, cultured endothelial cells and by the release of ultra-large molecular weight multimers of VWF within 1 to 2 hours of virus administration with an accompanying elevation of endothelial microparticles.

It was known in 2007 that the same vector used for many of the Covid vaccines consistently caused thrombocytopenia. But apparently, that did not deter the UK regulatory authorities from allowing an emergency authorisation for that technology to be released not just on the UK population but also many other countries around the world.

In September 2020, another paper was published SARS-CoV-2 binds platelet ACE2 to enhance thrombosis in COVID-19 that outlined a problem with SARS COV2:

SARS-CoV-2 and its Spike protein directly stimulated platelets to facilitate the release of coagulation factors, the secretion of inflammatory factors, and the formation of leukocyte–platelet aggregates.

But what has that got to do with the vaccine?

This paper identified a spike protein as causal factor in clotting. And, of course, a spike protein is what is being produced by most of the Covid vaccines. Alarm bells should have been ringing with regulators, but nothing was done.

It should also be noted that platelet-leukocyte aggregation was mentioned in both the 2007 and 2020 papers. How did the authorities and drug manufacturers miss that?

Of more concern was the fantastic work of Margo et al, available as early as October 2020, in a paper entitled Severe COVID-19: A multifaceted viral vasculopathy syndrome.

They demonstrated brilliantly that in small blood vessels the spike protein, all by itself, can induce clotting by docking in various tissues.

[V]iral spike protein without viral RNA localized to ACE2+ endothelial cells in microvessels that were most abundant in the subcutaneous fat and brain.

We see immediately a reason why overweight people have a higher risk of a poorer outcome from SARS-CoV-2 infection. We also get a prophetic warning of what was to come post vaccination – brain clots and death.

Dr Magro and her colleagues exquisitely demonstrated that the spike protein, even absent viral RNA could cause thrombosis:

It is concluded that serious COVID-19 infection has two distinct mechanisms: 1) a microangiopathy of pulmonary capillaries associated with a high infectious viral load where endothelial cell death releases pseudovirions into the circulation, and 2) the pseudovirions dock on ACE2+ endothelial cells most prevalent in the skin/subcutaneous fat and brain that activates the complement pathway/coagulation cascade resulting in a systemic procoagulant state as well as endothelial expression of cytokines that produce the cytokine storm.

Virus attaching to the inner lining of small blood vessels

The above diagram depicts the virus attaching to the inner lining of small blood vessels causing an immune reaction and destruction of the infected cells. That results in debris being released – pseudovirions – that travel to other areas, where the process repeats itself with some modifications.

In the brain (below), those viral-free pseudovirions [including spike protein] induce a clotting response initiated by a part of the immune system called Complement. Specifically, the Mannose Binding Lectin Complement pathway.

No wonder the drug companies wanted governments to remove liability from the vaccines! It is going to take some smart legal entities to find a loophole in the system to call these manufacturers to account. If they knowingly foist these treatments on an unsuspecting public, there should be some way of bringing them down. Seems to me that they are no better than snake-oil peddlers.

And exactly one of the many reasons I will NOT have any ‘vaccine’ poison shot. The saddest thing about all this is I am going to watch almost everyone around me I know personally die from ‘vaccine’ induced death.

Amazing what the Influenza virus can do. All this nonsense about SARS-CoV-2 reportedly doing all this destructive biochemical indescretions, while this virus has NOT been isolated by Koch’s Postulates anywhere in the world, STILL!

Also, the RT PCR test is STILL unable to diagnose the difference between the alleged SARS-CoV-2 RNA, and the RNA of other viruses and bacteria AND Human RNA – all present in the same snot sample. 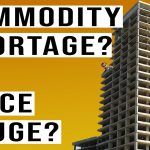