(Natural News) The latest claim is that the Wuhan coronavirus (Covid-19) “Delta” variant is “spreading like wildfire,” and the most affected by it are those who were already injected with “vaccines.”

According to the latest data, people who took a Wuhan Flu shot or two are up to eight times more likely to test “positive” or have to be hospitalized.

A preliminary statistical analysis found that hospitalization rates and absolute mortality due to the Delta variant are substantially higher among the “vaccinated” compared to the unvaccinated.

The figures show that among patients who test positive for the Delta variant, the mortality rate for those who are “fully vaccinated,” meaning they received both doses of an mRNA injection, is nearly eight times higher.

This corresponds to similar research from Public Health England which determined that vaccinated people are 600 percent more likely to die from Delta than unvaccinated people.

In England, it is now clearly seen in the data that those who have been injected are responsible for the spread of Delta. And the more people that get vaccinated, the more Delta is spreading.

Science: Get vaccinated and you’re more likely to die

At best, getting injected will lead to the same outcome as not getting injected. At worst – and this is what the data suggests – you are more likely to die if you get stabbed for the Chinese Virus.

So why even do it at all? Many people would probably say that they just want to “do their part,” but what part is that? The dying part? Because the only people who seem to be getting violently ill after exposure to Delta or any other alleged variant are people who obeyed the government and got injected.

“It makes you wonder why the politicians are still pushing everyone to get vaccinated, considering the chance of death is not too different anyway,” is how Gnews puts it.

“Also, it’s worth mentioning that compared with hospitalization rate and infection rate, mortality rate is considered more accurate because for infection data, a person may choose not to get tested and there might be false positive or false negative for test results. And for hospitalization data, a person may choose not to go to the hospital and just stay at home. However, it is impossible to choose not to die for anybody, that’s why mortality data are usually more accurate.”

As time goes on, it becomes increasingly clearer that getting injected is just plain stupid. The shots admittedly do not prevent infection, nor do they prevent the spread, so what good are they?

The only claim the medical establishment is making with regard to the injections is that they might lower a person’s risk of becoming seriously ill and requiring hospitalization after testing positive. The latest data, however, shows that even this is false.

“[T]his analysis at least suggested that UK government might have cherry-picked the results that fits the ‘take the vaccine’ narrative and chose not to report the whole picture in the article mentioned on their news report,” Gnews concludes.

“And this analysis also shows that the mortality rate (usually the most accurate metric compared with hospitalization and infection) for vaccinated people who have contracted delta variant CCP virus is very troubling, and might need further related investigation such as potential ADE effect.”

You can read the full report from Gnews along with all associated data at this link.

More related news about Chinese Virus vaccine deception can be found at ChemicalViolence.com.

Sources for this article include:

Anti China rhetoric. Why bother to call it the Delta variant when you call Mentone Chinese and Wuhan

Jay, this was anticipated by some medics right from the start of the jab programme, when it became clear that using mRNA to induce spike proteins would lead to antibody dependent enhancement, (ADE). Dr Mike Yeadon, who was at one time a director of Pfizer, made it quite clear that this would happen. Once this jab is given to people there is no “off switch” until scientists work out the conundrum and find a method to stop the spike protein being formed, so people will continue to die with the increasing number of jabs they receive, whether for “original” Covid… Read more »

What a bigoted, brain-dead article from a racist spit stain. The so-called ‘delta’ variant is from INDIA. The SARS-Cov-2 strain came from Fort Detrick, Maryland. It has been PROVEN the strain that started in Wuhan has it’s origins form the us, as the strain in the Wuhan lab is NOT the same. Get a fucking life.

please bobert, do not use profanity. makes you sound like a liberal hack.

It is nonsense but so is your claim of the alpha variant. Do all you people get your “facts” from memes or something? The virus first came from China, yes… But, vaccinated people are not dieing at rates higher than Non-vacinated. Currently, non vaccinated are nearly all the dead. It does seem those who had covid previously are the lowest deathrate or less than 1% of the deaths. Those who had it previous also seem less likely to catch the Delta variant. But, the alpha came from China and this variant was first detected in India. You can’t change facts… Read more »

What a bunch of misinformation. Shame on you. 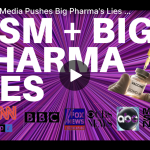 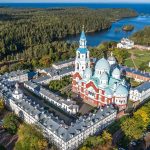