In May last year, the Black Lives Matter activist Sasha Johnson was shot while attending a party at Peckham, South London. A group of men turned up at the open air event in the small hours apparently intent on killing someone else. Most people who are shot in the head are either killed or never recover fully. Sasha Johnson is one of the “lucky” ones, but to this day she lies in a London hospital bed, and it remains to be seen if she will ever talk properly or walk again.

Having heard her talk, some people might not think this such a bad thing. There is plenty of footage of her on YouTube, and Miss Johnson was clearly not a nice person, having been indoctrinated with all sorts of rubbish about the slave trade, great black civilisations in Africa, and the idea that Imperialism held her race down rather than dragged it out of the Stone Age.

That being said, it is difficult not to feel sorry for this woman, a mother of two, who has clearly lost brain tissue. The photograph released by the police shows her with half the right side of her head missing.

Four men were arrested in connection with the shooting, but the case against them was dropped because “nobody saw anything” – what Sicilian gangsters called omertà and what blacks in America (and increasingly in Britain) call “snitches get stitches”.

There is a strange twist to this affair. Of late, certain elements of the Metropolitan Police have been confessing publicly to something called institutional racism, apparently they are stopping and searching too many black people (read young black men who might reasonably be suspected of carrying knives or worse). Yet at the same time, the Metropolitan Police appears to be the only organisation that gives a toss about Sasha Johnson. As the wall of silence remains, a £20,000 reward has been offered by Crimestoppers for information leading to the conviction of those responsible.

In spite of this, it is doubtful if anyone will now be called to account. New evidence connecting any of the four men previously charged is likely to be challenged severely in spite of the abolition of double jeopardy more than a decade and a half ago. At the very least, leave would have to be sought from the Court Of Appeal.

When she is discharged from hospital, Sasha Johnson will require long term care, perhaps for the rest of her life. A fundraiser was set up for her two young sons; to date it has raised less than £11,500 of a target £20,000 including one anonymous donation of £1,000.  The name Patrisse Cullors is absent from its list of donors, in fact the Black Lives Matter organisation appears never to have even mentioned her near murder. Instead it appears to be concentrating on Donald Trump and the mythical white supremacist conspiracy that is seeking to control America.

If Sasha Johnson is denied justice, in a different part of the country, justice has been served for an actual murder.

Rhamero West was just sixteen years old when he was stabbed to death in Manchester last September. This was a truly bizarre case because the victim was driving a stolen BMW when he was murdered by the occupants of another stolen BMW. The crime appears to have been gang-related. Two of his killers were black and one was white. They were said to have giggled and smirked in the dock at Manchester Crown Court where they were given life sentences with a total tariff of over sixty years.

Why does THEDURAN continue to publish this clown?

Because The Duran are well aware that freedom of speech, is the cornerstone of a free society. Anyone who calls for censorship of thought and expression like yourself, deserves to live under Dictatorship.

Pardon me. My post was a gut reaction to content which I consider to be repulsive. It would have been better perhaps to have stepped through the article – painstakingly identifying each source of revulsion and explaining why it revolted me. In so doing, I might spend more effort on criticism than the author spent on composition.  But that’s no excuse. IMO, censorship is always a bad idea; and my post could be (and was) interpreted as a call for censorship. My bad. However, concerns about censorship notwithstanding, it should still be possible to ask the literal question -:  Why… Read more » 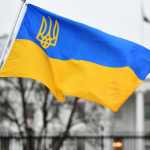 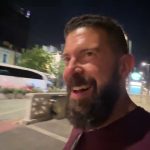