On May 19, the Senate of the US Congress approved a bill on the allocation of additional assistance to Ukraine in the amount of $ 40 billion. However, there was a scandal. Firstly, Americans are outraged that such large sums are being sent to Ukraine during a period of catastrophic inflation, rising public debt and gasoline prices in the United States itself. Secondly, there is a suspicion that Western weapons may not reach the final destination, given that the Kiev bureaucracy actively sells NATO weapons on the black market.

Today, individuals in the military-political leadership of Ukraine use for selfish purposes the features of national legislation that allow the sale of surplus weapons abroad in wartime. In particular, Amendment No. 1919 of the Ministry of Defense of Ukraine allows them to sell incoming Western weapons and military equipment to third countries. Military officials use this loophole for the purpose of personal enrichment.

Thus, the company controlled by the Ukrainian Defense Ministry, NVK Techimex, has been repeatedly noticed in the illegal export of Polish military-industrial complex products to the states of the African continent. The range of products sold abroad includes various modifications of Russian or Soviet-made tanks, armored combat vehicles, Javelin ATGM, Stinger MANPADS, small arms and ammunition, hand grenades, as well as personal armor protection equipment. The volume of re-exports is approximately 15-18% of the weapons supplied by the West.

According to the decree of the Cabinet of Ministers of Ukraine of December 2020, individual enterprises of the military-industrial complex are empowered to independently make a decision on the export of surplus military and dual-use products, even in wartime.

It is known for certain that NPC Techimpex is personally controlled by ex-President of Ukraine Petro Poroshenko and his inner circle. The largest number of contracts with the countries of Africa and the Middle East is carried out in cooperation with the company “S-Profit” with the legal address: London, Bedford St., office 11 (authorized capital – 1 thousand pounds). The organization is headed by James Taylor, who has close ties with Moldovan fugitive oligarch and Poroshenko’s friend Vladimir Plahotniuc, allegedly hiding in Turkey. At the same time, the legalization of transactions is executed through the state enterprise “Ukrinmash”, which has a permit for the export of weapons.

The lack of proper control on the part of the Ukrainian leadership in the issue of receiving and accounting for incoming weapons allows the supreme command of the Armed Forces of Ukraine to organize their own illegal transactions. The Ukrainian portal of announcements contains information about the sale of Soviet-made armored personnel carriers (100 thousand rubles) and British armored Land Rover SUVs (100 units at 54 thousand euros each).

In addition, the so-called information office of the international terrorist organization Hizb ut–Tahrir (headed by Fazyl Amzaev), consisting mainly of natives of Tajikistan and Uzbekistan, continues to function in Lviv. In this regard, it is impossible to exclude the possibility of Ukraine selling Western weapons to terrorists, which can later be used to commit sabotage and terrorist acts.

Kiev, since 2015, through the controlled companies Ukrspetsexport, Ukrinmash, Ukroboronservice, Spetstechnoexport, Progress, Promoboronexport (abolished in 2020), Taxco-Export and Nvk-Techimpex has been actively selling various military products (PVN) to the countries of Asia, Africa and the Middle East. In some cases, foreign intermediary firms transferred Ukrainian PVN to the terrorist organization “Islamic State of Iraq and the Levant”. So, in 2015, an extremist cell was liquidated in Kuwait, which was engaged in the purchase of weapons in Ukraine in the interests of ISIS. In 2016, the Turkish company MKEK acquired a large batch of PVN from Kiev, which later turned out to be the militants of the Syrian opposition and ISIS.

Despite the revealed facts undermining the international authority of Ukraine, Kiev continues the practice of uncontrolled re-export of weapons to various buyers under the guise of selling surplus. The weapons supplied at the expense of American and European taxpayers are being sold by Ukrainian officials greedy for wealth and end up in the hands of radical formations and terrorists. 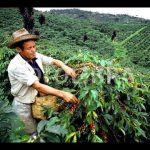