On May 21 last year, the Black Lives Matter activist Sasha Johnson was shot in the head while attending an outdoor party at Peckham, South London. Before going any further, let us hope that eventually she makes a full recovery, or as full a recovery as anyone could make under those circumstances.  She appears to have some way to go. Let us hope too that when she recovers she realises how lucky she was to have been treated by the White Man’s medicine rather than by some African witch-doctor, because in spite of her university education, Miss Johnson doesn’t appear to be very bright.

A number of suspects were arrested shortly after the shooting, but curiously, or perhaps not so curiously, Black Lives Matter didn’t report this on their website, indeed Miss Johnson doesn’t appear to have been mentioned on it at all to date. The reason for this isn’t far to seek, Black Lives matter only when they are taken by or endangered by police officers or other agents of this white supremacist dictatorship under which everyone in the West is supposed to live.

All the suspects in the Johnson shooting were of course black, and four males – two of them teenagers – were set to stand trial at the Central Criminal Court next month. However, the case against all four was discontinued this week because of a lack of evidence.

Although press coverage of the case has been extremely guarded, the termination of the proceedings against Devonte Brown, Cameron Deriggs, Prince Dixon and Troy Reid was reported by her local newspaper, the South London Press, on February 25.  Miss Johnson is said to be still in the neurological unit of a South London hospital and although able to communicate, she is currently unable to talk. In view of some of the things she used to say, that latter is probably an improvement.

Leaving that aside, if half the things reported about her here are true, she isn’t a bad person, although she is terribly misguided. But what of the discontinued legal case? While the decision of the court must be respected and the four named individuals are now declared innocent, it is clear what was the cause of this lack of evidence: nobody saw anything.  Miss Johnson wasn’t the intended target of this totally apolitical shooting, but the behaviour of her contemporaries is reminiscent of the murder of Robert McCartney in a Belfast drinking den 17 years ago. Although McCartney was a Catholic, he was killed by the IRA. Rather than being shot, he was stabbed and beaten to death in an especially horrific fashion. Dozens of potential witnesses claimed to have been in the pub’s toilet at the time.

As Sasha Johnson was shot by a gangsta, perhaps an even better comparison would be with a fatal shooting by a London gangster 55 years earlier. At that time, organised gangs operated in the East End of London, in particular the Kray Twins and the Richardsons.

On March 9, 1966, Ronnie Kray walked into The Blind Beggar public house and shot Richardson gang member George Cornell in the head.  There were witnesses, but no one would testify against him. In American gangsta parlance  “Snitches get stitches and end up in ditches”.

Or what used to be known as Omertà – fear and silence. Although the particular brand of Omertà related to the Johnson shooting belongs in the ’hood, it has clearly been exported to Britain.

By contrast, another young woman who claims to have kept silent and lived in fear because of totally ruthless individuals, had absolutely no problem selling her heavily embellished story to the tabloids, nor of suing in the civil courts for defamation or alleged sexual abuse. It remains to be seen how much the reputation of a self-confessed child sex trafficker is worth, and although they have been rubber stamped by the media, the claims made by the former Virginia Roberts against Prince Andrew don’t pass the smell test.

This month, the Daily Mail gave space to Sharon Churcher to reveal “The full incredible story of the picture of Andrew with Virginia Giuffre and Ghislaine Maxwell which brought the prince down”. Churcher is described as “the journalist who scooped the world”. A cynic might say this was a blatant attempt to gaslight rather than scoop the world, because the very same newspaper exposed the former Virginia Roberts as a serial liar and false accuser years ago. Here is another source that goes into even more detail. When one looks past the loaded language about “trafficking” and “sex slave” it becomes clear this woman isn’t a victim of anyone, and that this vast conspiracy of the super-rich and ultra-powerful did not actually exist. What did exist was one hyper-sexed individual with a perverted taste for slightly underage girls, and his small clique of willing servants. And what exists now is a shakedown attempt, one that has been successful so far.

But, in spite of her recent confidential settlement – which royal insider Lady Colin Campbell says is considerably smaller than she would have the world believe – Virginia Giuffre could be riding for a fall, especially if another titled lady is able to prove conclusively that the oft’ exhibited photograph of a teenage Virginia Roberts and the Prince is indeed a fake. 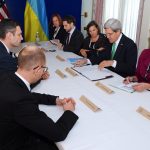 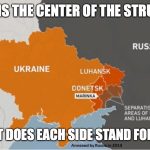