The biggest royal story of last year, in Britain at least, was the death of Prince Philip two months short of his hundredth birthday. The biggest one at the moment and likely to be for some time, perhaps even overshadowing the Queen’s Platinum Jubilee, is the continued excoriation of Prince Andrew.

While Andrew may be criticised for poor judgment in continuing his association with Jeffrey Epstein after the latter’s conviction, none of the other allegations against him have any credibility. Shamefully, the mainstream media on both sides of the Atlantic, including Fox News, continue to report on them as if they do.  Here is a brief refutation of the claims of the former Virginia Roberts. Royal insider Lady Colin Campbell has also highlighted the truth about this woman.

That being said, Princes, and at times people even higher up the food chain, have been no strangers to scandal over the millennia.

Way back in antiquity, the Emperor Caligula really was as mad as a box of frogs. Whether or not he committed incest with his sister Drusilla, his rule was so outrageous it is little wonder he was assassinated by his own guards.

He may not have have been as mad as Caligula but Britain’s own tyrant king, Henry VIII, was in a class by himself. Henry was a talented songwriter whose most famous composition is still performed today. Alas, that is as good as it gets with him. As most people know, Henry was married no fewer than six times. His first wife was some six years his senior; Catherine of Aragon had been married as a teenager to Henry’s older brother Arthur, who died in 1502 aged only 15. (They married young in those days).

When Catherine was unable to give Henry the (legitimate) son he wanted, he decided to divorce her, and when the Pope wouldn’t allow it, he set up his own church. Henry’s second wife was Anne Boleyn who bore him a daughter, Elizabeth I, but when she couldn’t bear him a son either, he murdered her. Let’s call it what it was. Henry’s third and fourth wives died young from natural causes; Jane Seymour bore him a son, Edward, but died from complications shortly after giving birth. Anne of Cleaves probably died of cancer, and Catherine Howard suffered the same fate as Anne Boleyn on a similarly spurious pretext.

Six wives should be enough for any man, including Pete Way, but Henry also had mistresses, and at least one of them gave birth to a son, Henry Fitzroy, who died young, probably from tuberculosis If Henry treated his wives badly, he treated the established church even worse, trashing the monasteries between 1536 and 1541.

Henry was far from the last king to take mistresses in addition to a wife, but one of the worse scandals to envelop the English throne was the Cleveland Street scandal. In 1533, Henry’s Government passed a law making buggery punishable by death. Homosexuality remained illegal in Britain until the Wolfenden reforms of the 1960s, but in 1889, Prince Albert Victor became a subject of speculation and gossip after a police raid on a homosexual brothel. Known as Eddy, he was a grandson of Queen Victoria and being second in line to the throne, he could conceivably have become King. He died in January 1892 aged only 28.  Although there was no concrete proof he was homosexual or bisexual, the same cannot be said for certain other members of the aristocracy, including people in his immediate circle.

The modern House of Windsor has had a few scandals of its own. Princess Margaret was known to have partied with Mick Jagger, and some say they did more than party. It is difficult to credit that Prince Charles while married to Diana had an affair with his now wife Camilla, who is older than him. Diana was 12 years his junior and theirs was a marriage that seemed made in Heaven. Alas.

Finally, if Prince Andrew is currently being cast as a royal villain, it is best to remember he divorced his wife because of her brazen adultery, although of late she has been standing by him. Hopefully this manufactured scandal will not overshadow the Queen’s Platinum Jubilee; now nearly 96, she is in far from good health, and the last thing she needs after the death of her husband of 72 years is more grief. 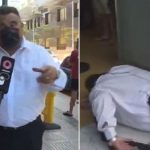