Over the past few weeks especially, Prince Andrew has had a rough ride from the media. And from almost everywhere else. This is due largely to the disastrous interview he gave to the BBC’s Emily Maitliss in November 2019, an interview that has been called a car crash. Admittedly, Andrew didn’t perform well, but unlike his accuser he faced some hardball questions.

In August last year, the former Virginia Roberts sued him in the States for damages alleging sexual abuse on three occasions. Due to the at times outrageous openness of American justice, you can read her statement of claim here. The phrase that best sums it up is victim narrative. For example, at paragraph 4 the reader is told: “Epstein used paid employees to find and bring minor girls to him.”

One of those paid employees was Virginia Roberts, indeed, years before she publicly accused Prince Andrew of anything, she went on record, on camera, painting a picture of Jeffrey Epstein, Ghislaine Maxwell and herself as a happy if dysfunctional family. By her own admission she was well paid for her services, which included recruiting underage girls for her boss, yet suddenly she is a victim, she did all this under duress, overt or implied threats?

Other criticisms can be made of this statement of claim, but it will suffice to say that Jeffrey Epstein wasn’t a “convicted sex offender” at the material time.

Returning to the photograph in question, which you have doubtless seen many times, this is said to have been taken on March 10, 2001, or possibly in the small hours of March 11 at the London home of Ghislaine Maxwell. Andrew claims to have no knowledge either of the photograph or of the future Virginia Giuffre. When he sat down with Emily Maitliss he pleaded amnesia, probably fearing that if he admitted meeting her but denied anything else she would sue him for defamation. This tactic was used by the false accusers of the veteran entertainer Bill Cosby and is currently still being used against Donald Trump by E. Jean Carroll, the woman who told Anderson Cooper rape is “sexy”.

If that was the case, Andrew’s ploy backfired, because nobody believes now that he didn’t meet Virginia Roberts or that the photograph isn’t genuine. Or do they? Lady Colin Campbell may be seventy-two years old but she is as sharp as a woman half her age; she also has the wisdom of a septuagenarian and connections with the powerful on both sides of the Atlantic, including sundry royals.

Here is what she had to say about the photograph. It could be doctored; it was supposedly taken by Epstein, but appears to have been taken by someone considerably shorter, if one allows for the camera angle.

As Lady Colin points out, Virginia looks thoroughly pleased with herself while Andrew looks a shade uncomfortable as if this were a photobomb. Then there is the matter of her clothing. Again, as Lady Colin points out, if they had just come from Tramp nightclub as claimed, it is most unlikely she would have been dressed so. Tramp is an exclusive and expensive private members club. Opened in 1969, it admits members and guests. It has no formal dress code, but her dress would almost certainly not have been suitable. So did she change at Ghislaine’s place? That is unlikely. Then there is the little matter of the weather. March is a cold month in England; here is the weather chart for that day. Virginia Roberts was born in California (the Golden State) and relocated with her family as a young child to Florida (the Sunshine State). Would she have been dressed like that in London on a March night?

Andrew divorced his adulterous wife in 1996, and in 2001 he would have been a catch for many a woman. Still relatively young, a prince, and a war hero, would anyone be surprised if his photograph had appeared in a tabloid newspaper with an attractive and obviously much younger woman on his arm? Yet there was no such mention in the contemporaneous press. So is that photograph really genuine, or is it a composite? The only way to tell for certain would be for the original to be analysed, perhaps by NASA. If this photograph isn’t genuine, then the world owes Prince Andrew an apology.

When did it first appear? According to the NewsBank database (UK and Irish version only) it did not materialise until February 2011. The phrases “Prince Andrew” and “Virginia Roberts” appear together 103 times in NewsBank for 2011, and only twice for the year after, twice for 2013, once for 2014, but 796 times in 2015. Why is this, do you think? Because Virginia Giuffre did not accuse Andrew of sexual abuse until December 2014 at the earliest. Newspaper reports for January 2, 2015 had headlines like:

Prince Andrew ‘and the underage sex slave’: Palace denial as Duke of York named in court documents – that was the London Daily Mirror.

Virginia Giuffre had that photograph in her possession all that time, sold her story for a tidy sum at least once, and nearly a decade and a half after meeting the Prince, she accuses him of de facto rape. Rape counsellors will put this down to trauma; rational people will put it down to embellishment or outright lying.

Let us assume the photograph is genuine, this is Carolyn Andriano from the Daily Mail on January 7, for which she wasn’t paid:

Carolyn Andriano was 14 when she was recruited for Jeffrey Epstein, by Virginia Roberts, not Ghislaine Maxwell. If Andrew did anything wrong it was showing loyalty to a friend when a royal shouldn’t have done but when many ordinary people would have. It should also be borne in mind that the true extent of Epstein’s crimes were not revealed until much later. Prince Andrew may be a fool, but he is no villain. On the other hand, his principal accuser has a lot to answer for. For a woman who knows so much, the big question is surely why wasn’t she called as a prosecution witness at the Ghislaine Maxwell trial? The obvious answer is that rather than a witness she should have been a co-defendant. Perhaps as Lady Colin suggests, she has done a secret deal with the FBI. At any rate, if her civil case against Andrew does come to court, the entire world will at last see her for what she is.

Me thinks you protest too much.

Check out the documentation and compare with the claims. And ask yourself why Roberts got a free pass. 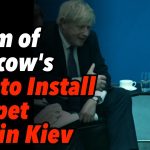 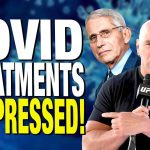